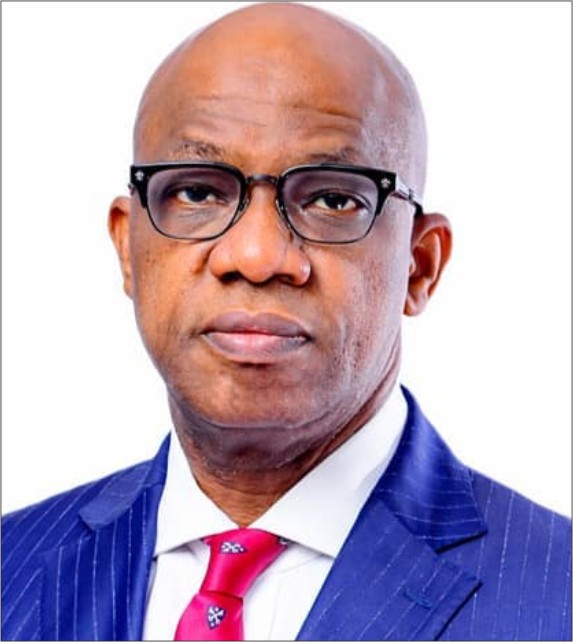 In Ogun State right now, many of the political office holders don’t talk to each other. The 3 Senators are not on talking terms. The only Minister in Ogun State is loyal to former Governor, Sen. Ibikunle Amosun, and not the present Governor. There are so many factions within the ruling APC. These and many more are the things slowing down the pace of things in Ogun State. City People reveals some of this below.

It is no news that Ogun state is one of the States yet to pick commissioners and special advisers who will help in the running of the different ministries for the state to have a smooth government. Apart from this, Ogun State is also another state where most of the National Assembly members are not on speaking terms and the only minister from the state who played a big role in the last government especially in the road and work ministry is also not on talking terms with the Governor, which is obviously drawing the state back and at the same time holding the state to ransom. Not to mention the two factions in APC which is the ruling party.

Recall that Senator Tolu Odebiyi was one time former Governor Amosun’s close ally, he was the Chief of Staff to Senator Ibikunle Amosun, but later resigned when he wanted to pursue his ambition for the Ogun State Governor in the last election. His hope was shattered when he eventually found out that Senator Amosun was going to choose Akinlade over him, after leading him on to start campaigning for his gubernatorial ambition. He was also banking on Asiwaju Bola Ahmed Tinubu to get the gubernatorial ticket, but eventually he got a senatorial ticket to contest Ogun West and he won the election. During the period of the campaign, there was serious crises in the APC and a huge rift between Tolu Odebiyi and Senator Amosun. Amosun was his principal, but he dumped him and followed the Dapo Abiodun’s caucus to actualise his dream and he later won the election. An inside source revealed that both Tolu Odebiyi and Governor Amosun who are both Senators from Ogun State don’t relate as expected in the Senate. Political analysts argue that, this might grind the state to a halt if they don’t relate well and deliberate on how to move the state forward at the national level.

Senator Lekan Mustapha is not new at the National Assembly as he was once a Senator, although he contested and won on the platform of PDP in 2007, but he defected to APC. His reason was that, he and other members of PDP who defected with him to APC were impressed with how Governor Amosun was moving the state forward and they would like to associate with him and contribute their quotas to also moving the state forward, not forgetting that both Amosun and Lekan Mustapha share a deep friendship despite their political differences. They were very good friends and were both once in the Senate before. When the issue of who get the APC ticket between Akinlade and Dapo Abiodun came up, Lekan Mustapha pitched his tenth with Dapo Abiodun’s caucus, which obviously affected the relationship between Senator Lekan Mustapha and Senator Ibikunle Amosun. The two are no longer close as they were before. They are both in the Senate, but they don’t relate like best friends willing to share ideas on how to help the state grow. Knowing fully well that Lekan Mustapha belongs to Dapo Abiodun’s caucus, this is also one of the factors holding the state to ransome.

The new Mines and Steel Minister, Olalekan Adegbite, was the Commissioner for Roads and Works during Senator Ibikunle Amosun’s 8-years as Ogun Governor. His portfolio made him play a big and vital role in Ogun State and he was, no doubt, loved by all. He is Senator Amosun’s right hand man. Their relationship dates back to their days in Ogun Poly. So they come way back. His closeness to Amosun explains why he got the ministerial slot out of the many loyalists and close aides of Senator Amosun. Lekan Adegbite is the only minister from Ogun State, and one needs not be told that all is not well with the minster and Governor Dapo Abiodun. Everyone knows Lekan Adegbite’s loyalty lies with Senator Ibikunle Amosun, and his getting the ministerial appointment was a point to prove to the other APC caucus in Ogun State that  Senator Ibikunle Amosun still holds certain powers in Ogun State even at the Federal level. Those close to Adegbite and Amosun revealed that Adegbite would not risk jeopardising his relationship with Amosun by playing cards with Dapo Abiodun or anyone from his caucus. A state where the only minister is not on talking terms with the governor will be held back in certain ways. If all is well with APC in Ogun State, everyone will come together as one even at the Federal level to move the state forward. The party, on has crises, having two caucuses is, no doubt, tearing the party apart. Recently, the Senator Amosun’s faction was heading to court over the leadership of the party, which was said to have been hijacked by the Dapo Abiodun’s caucus during the primary election of the party, the party is yet to get over all the drama that came in between the period as Governor Amosun still has huge followership spread across the state and they are not backing out to go back the leadership of the party.

The issue of Governor Dapo Abiodun not naming his commissioners till date is also another factor slowing down the pace of activity in Ogun State. Initially, the news was that there was pressure on the governor to favour different groups and personalities who stood by him during the fight and some who helped him become the Ogun State Governor. An inside source revealed that the list is endless and it seems so impossible for him to pick everyone in the state as just twenty ministries are available. On the other hand, he doesn’t want to offend his political fathers like former Governor, Aremo Olusegun Osoba, Asiwaju Bola Ahmed Tinubu and his other allies who helped him in realising his ambition. The likes of vice President Osinbajo, a former Governor Gbenga Daniel among others are those who also stood by him.

Why Many OGUN Political Office Holders Don’t Talk To Each Other was last modified: October 30th, 2019 by City People

Many Don’t Know I Was Part Of Village Headmaster – Veteran Actor, YEMI SODIMU