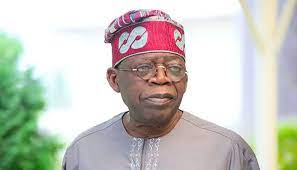 The leadership crisis rocking the All Progressives Congress, APC, may have assumed a new twist following fresh plots by some internal stakeholders to unseat the National Chairman of the party, Senator Abdullahi Adamu. Adamu, after his emergence as the Chairman of the party ruffled feathers with the Governors forum after he reportedly announced the Senate President, Ahmed Lawan as the consensus candidate in the eve of the APC presidential primaries in June.

The internal plot against his exit began that night when his plot to impose a consensus candidate failed as almost half of the aspirants stepped down for Asiwaju Bola Ahmed Tinubu, who eventually won the slot.

Adamu was on March 26 affirmed as national chairman of the party at a convention to elect members of the APC National Working Committee NWC.

However, while there had been a build-up of complaints against Adamu, there were no attempts to oust him.

Indications emerged, two months ago, that some APC stakeholders were working to get the party chairman out of the way as part of trouble-shooting efforts to placate the Christian bloc in the party. The plot has now thickened as the reliable source from the party holds that some Asiwaju’s boys are also out to get Adamu out of office before the elections. An APC leader, who spoke to City People anonymously, said the attempt was to balance power within the APC.

”Yes, there are those who feel that the controversy generated by our Muslim-Muslim presidential ticket can be lessened by having a Christian Chairman and also proposing a Christian Chief of Staff to the President. Some have proposed a federal lawmaker, James Faleke, for that position, that is, Chief of Staff. Also majority of the party stakeholders believed that he hasn’t done much. They claimed that the bureaucracy of the party is affecting the efficiency of the structure.

A full-time APC worker also hinted to City People that the party is owing their staff salaries. “Our staff is being owed salaries and they read in the news how or key figures are giving out funds to organizations and independent bodies.

“The June salary was paid in the middle of July while the staff only received their July pay last Friday as against payment on the 25th of every month. “How do you expect them to be loyal, when the opposition approached dangling attractive envelopes before them?” another source tells city people. For someone who acted as a Chairman of the APC National Reconciliation Committee before he became the national chairman of the party. We expected that by now, he would have been able to resolve the major differences but that has not happened. Asiwaju’s boys believe that Adamu’s attitude will rub-off negatively on the party presidential canidate

An aspirant of the chairmanship elections, who spoke to City People in Lagos, also added that President Muhammadu Buhari also urged the APC party to refund the money paid by aspirants at the convention which produced Adamu as national Chairman.  “Aspirants paid millions, yet we haven’t refunded them. These are some of the issues,” he said.

The new twist is the news that Asiwaju’s boys within the APC party formation don’t trust Adamu to work assiduously towards the victory of Tinubu and are all out to kick him out at all cost before irreparable damage is caused to Asiwaju’s chances of winning in 2023.