Home News Why TINUBU Is Miles Ahead Of His Peers – Hon. WASIU ESHINLOKUN
News

Why TINUBU Is Miles Ahead Of His Peers – Hon. WASIU ESHINLOKUN 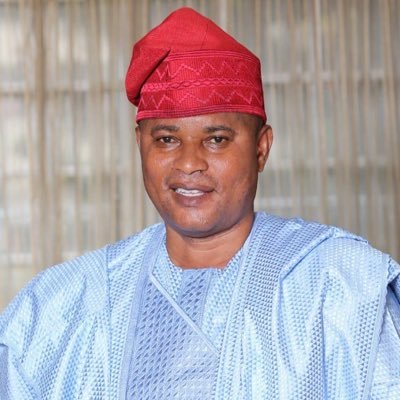 Hon. Wasiu Eshinlokun is the APC candidate for Lagos Central Senatorial district. He is currently the Deputy Speaker at the Lagos House of Assembly.

Recently, he spoke to City People Publisher, SEYE KEHINDE, about why he has been a die-hard loyalist of Asiwaju Bola Tinubu, the APC presidential candidate, for years.

What do you make of all that is happening right now politically in APC?

What is happening is normal. Politically. It is also normal to see politicians manifest their innate characters. For me, I am supporting Asiwaju Bola Ahmed Tinubu, without reservations because I think he deserves it more than almost all of them.

He has never played opportunistic politics. He was in AD. After the 1st elections, almost all the governorship seats in the South-West were taken by the PDP remaining only himself.

It would have been easy and convenient for him to have joined the PDP, save his resources, and save his head. Since he was the only one left, chances were that he knows they will go for him and take Lagos State from him. But he was steadfast. Despite Obasanjo’s intimidation, and seizing of Local Government funds, he still found ways around it. He came up with Financial Engineering. He realised that if he relies on monthly allocation he may not survive it, so he created new avenues to generate funds.

Don’t forget that Lagos was once described as the dirtiest city in Africa, he turned Lagos into the most beautiful state, it’s not a joke.

Even after that, he has tried AC and ACN.

He does not believe in conservative ideals. He remained a very progressive politician until they were able to form a coalition that resulted in APC. He never joined the conservative groups.

Look at almost all the politicians, they would have been jumping from APC to PDP back to APC back to PDP but in his own case, this man was steadfast.

He was focused and he helped the APC to win the presidential elections.

Even in the run-down to the 2019 elections, Buhari’s rating was at the lowest, and anybody who wants to save his head would have said okay let me just do something that will help my own political fortunes. He said he does not believe in that.

We are going to campaign, let the people judge us and if they reject us we would know that is their own decision. We can live with that. But we still come back to win the election and Buhari won the re-election

Don’t forget that it was Buhari’s CPC and Tinubu’s ACN that came together to form APC, and one has taken a shot at the presidency. So, it makes sense that the other part of the coalition should produce the next President.

Apart from that, there is always the understanding that there is going to be the North and South to take it after each other. The North has done their 8 years so it has to come to the South. In the South, for APC, we only have the South-West, the South-East is anti-APC. The South-South is anti-APC. So there is no point in giving your prized assets to the zones that don’t value them or the zone that does not work for them. So it has to come to the South-West. If it comes to the South-West where ACN then was dominant, It will be given to the party to go and bring your candidate. And who was even the leader of ACN who formed the coalition with Buhari? Anybody can say anything they like. The truth and the most reasonable thing to do is to give the ticket to Asiwaju Bola Ahmed Tinubu.

I always laugh when people say things like Asiwaju should have given the ticket to any of his boys or that he should have nominated someone, how about those he has nominated in the past of what use have they been to the people of the South-West or to even him? I need to say this.

There are 2 ways to play politics and that is performing whatever role you to play, aside from that you must show empathy to the people. You must be very kind to your people. They must know that you are in government. I am not saying you need to dip your hands into the purse of the government or steal to take care of them. No. But there must be a way of making sure that there is a government in place and that governance is going on well. In politics, you cannot send anybody away. But this is judgement day. For me, Asiwaju needs to run. He needs to win and he needs to be the next President.

I am happy he went through the elections. I am happy it wasn’t done through consensus. If you look at everything logically the most qualified person to take over as President is Bola Ahmed Tinubu. He has paid his dues. He believes in Equity.

He believes in hardwork and his party members who believe people must be compensated for their hardwork and loyalty to party principles.

I don’t see any reason why it must not be Bola Ahmed Tinubu. Apart from that, I am not appealing to pity. But truth be told, the man is a very brilliant scholar. Aside from that, when he was Governor he turned Lagos State around. We saw financial engineering in the process. He brought LASEMA, built new courtrooms, increased the salaries of judges, and created the office of Public Defender. He brought in BRT. Before he left the BRT project was already completed what was delaying the inauguration was that a gas pipeline to be laid along that line and they had to wait until then. The buses were already procured. The new Governor Fashola added to the fleet. Tinubu did a lot.

He constructed a lot of durable roads for us. Before then, in constructing roads we would put laterite and then put asphalt. We now found out that it didn’t use to last after 1 or 2 years, it goes bad. They now experimented with the Kudirat Abiola Way, in Oregun and Lawanson road, the Awolowo road in Ikoyi, and the Adeola Odeku, in Victoria Island.

He got it right. Since then, there have been no pot-holes. In Lagos Island, they did 10 of those roads – Broad Street, Balogun, Martins, Nnamdi Azikiwe. Tinubu did all of those roads. In terms of his contributions, and legacy, it is 2nd to none.

He is a hard worker. He is passionate about leadership. He is a people’s man. He is somebody who will be attending to people from 10 am to 4 am, every day, up till now and some people still say he is not strong. Those of us accusing Tinubu of not being strong, how strong are we? Those of us who say he is not strong, let us attend to people like that and do half of what he does and see if we can cope. Let us see the consequence of that on our own health.

I am throwing a challenge to the critics of Tinubu who keep repeating that he is not strong: attend to people from 10 am to 4 am for 3 months and see if you can cope. People just talk any how. Let them do it for 3 months and see what becomes of their health. Let us see. He has a listening ear. He attends to people personally one-on-one. He knows their problems and not just that, he tries to find solutions to these problems. I think Nigeria will gain tremendously from his presidency.

How do you feel when you see people who should not criticise Tinubu because they have been with him for years, come out to talk ill of Tinubu?

I am not surprised. We know them. We know what they want to achieve. This is a season of lies. It is to be expected. This is the season when you can twist stories to where you fail to recognise your benefactor. It’s ok. But everybody knows the truth. Even if you don’t know the truth, God knows the truth and you within yourself know the truth. How many of them fought for democracy out of those people? How many of them were there when they were doing NADECO? What was their contribution? Some of our people joined the interim government. They say they cannot suffer ooo. Meanwhile, Asiwaju stayed with the people, fought, and got democracy came back. He refused to join the PDP because he doesn’t believe in the ideals of the PDP. All of these people criticising Asiwaju, check them, they have been jumping from one party to the other. They are reaping from where they did not sow. It is ok.

READ ALSO: WE MUST NOT ALLOW NIGERIA TO FAIL – DR MUIZ BANIRE

Why TINUBU Is Miles Ahead Of His Peers – Hon. WASIU ESHINLOKUN was last modified: August 2nd, 2022 by City People

We Must Not Allow NIGERIA To Fail – Dr MUIZ BANIRE

See The Businesses ADELEKE Family Runs In The US