Why We Want To Reconcile With OLUBADAN – Otun OLUBADAN, Chief LEKAN BALOGUN 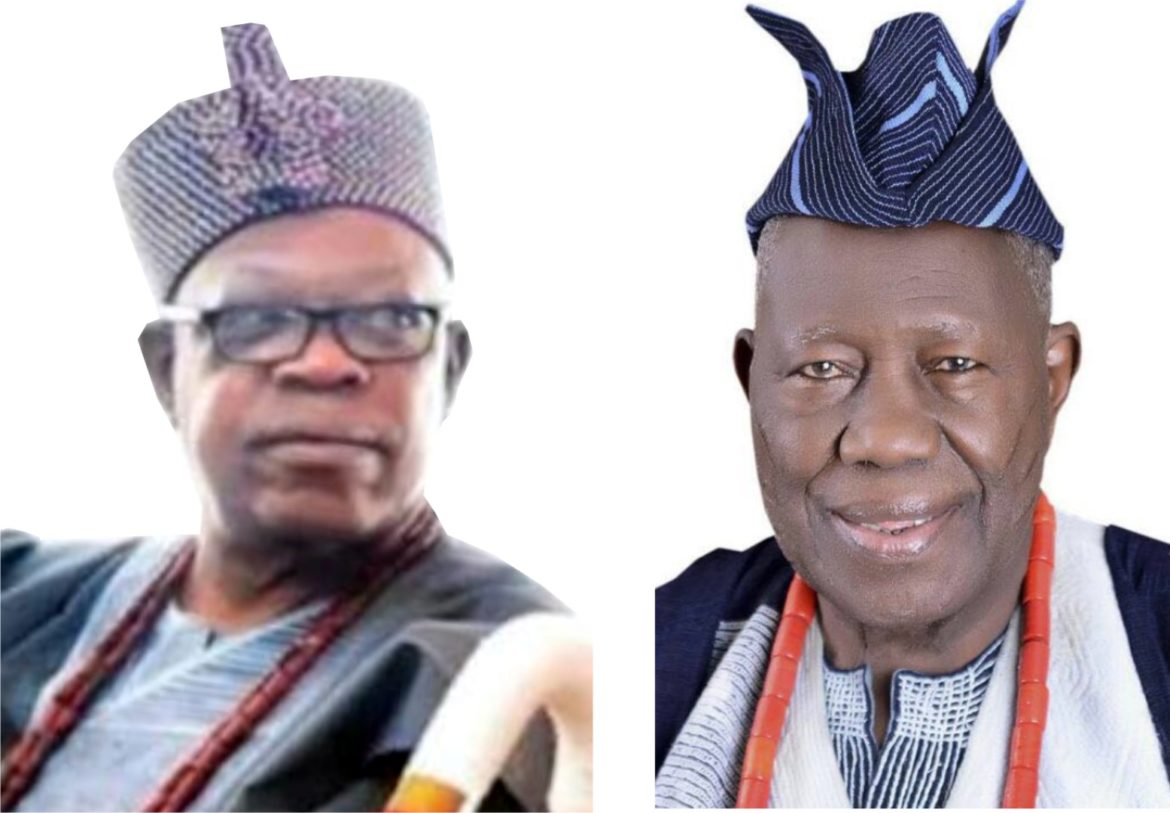 Recall that the high chiefs, except Ex-Gov Ladoja who is the Osin Olubadan of Ibadan land, and Olubadan have been at longerheads for sometime now. Their rift began when the immediate past Senator Ajimobi’s led administration carried out a reform in the Olubadan chieftaincy laws, which led to promotion of some Baales and high chiefs to the position of Obas in 2017.

But shortly after the palace meeting with the Olubadan, another news came in that some of the high chiefs and members of Olubadan-in-Council have distanced themselves from the reconciliation process, saying in a press statement that they were being misrepresented at the palace. It was as a result of this development and to clarify the contradictory reports however that City People’s Correspondent, DARE ADENIRAN got in touch with Senator Lekan Balogun, to shed more light on the whole issue.

The interview session availed us the opportunity of getting more insights into the crisis that has polarised Olubadan-in-Council for months. This interview offers details of the reconciliation process, what it stands to bring and many other things. Enjoy the excerpts.

You are one of the high chiefs who aligned with the position of the immediate past government in the state on reformation of Olubadan chieftaincy laws, which has since polarised the Olubadan-in-council. But now you have gone back to the palace, what has changed?

Let me first of all correct you that I am not a high chief, I am an oba. I didn’t also align, the government processed a reform that elevated us into kings. Absolutely nothing has changed. What we want is unity and peace in Ibadan land. The issue of obaship is not an issue, the issue of unity and peace in Ibadan land is our concern. And that is what we are trying to restore. We have been meeting with Olubadan fourtnightly as usual and that would be resolving all the differences.

The issue of Obaship is not part of settlement process. The primary concern of us, is restoring peace and unity in Ibadan land. “The question of Obaship can only be resolved by the reigning government or by court of law”. The matter is in court already. It would be lawless to preempt the court process and say we are not Obas anymore or say we are insisting on being Obas. We are just going to be silent on that and be holding our meetings. These processes will lead to total reconciliation.

If the other Obas are aware of all these why then did they address a press conference to say you misrepresented them at the Olubadan palace?

They had their meeting on Sunday evening, I think. And we had our meeting on Monday. The Monday meeting had overtaken the events of the Sunday, which the media, unfortunately, reported on Tuesday. One or two of those who were at the Sunday Press Conference were also at Mapo, and they commended our efforts of being with Olubadan.

Some people want to believe that there must have been crisis within the Olubadan-in-Council before the reform issue came up?

We had no crisis, we were united. Olubadan and  I were very close during the reign of Oba Odulana Odugade.

Were you still very close while the reform crisis was on?

It affected us a little bit, but it is nothing much really.

The other Obas in their press conference alleged that Olubadan’s wife is meddling into the affairs of the Council, which they are not comfortable with?

All that will be part of discussions in the course of the reconciliation process.

So with the reconciliation process and all, are you still an Oba?

Of course, I am still an Oba, but that is not the issue. That we are not Obas maybe initiated only by court of law or by government. There is a gazzette that made me an Oba and as long as that gazzette remains so, nobody can say I am not an Oba. There was a reform, and only the reigning government can change the reform or the court of law would overturn the reform.

But it is not for you and I to say whether or not I am not an Oba. I am an Oba and all of us are Obas.

There is this notion in some quarters that the reform of Olubadan chieftaincy laws carried out by the Ex-Gov Ajimobi’s led administration had a political undertone, that it was targeted at Senator Rashidi Ladoja?

No, far from it. Ladoja is the Osi Olubadan, I am the Otun. He is after me. So, how can they target him? He is my brother, he is my friend. We are very close. He is not the next one, I am the next one to the Olubadan and after me there is Balogun before the turn of Osi Olubadan.

What happens to the existing system of becoming Olubadan if court rules in your favour?

That means everything continues as it is. I don’t even know what we are quarrelling for in the first instance. The reform didn’t touch the structure of Olubadan chieftaincy. I was the Otun Olubadan before the reform, I still remain the Otun Olubadan after the reform.

Won’t there be a kind of contradiction for one to be an Oba and still be in Olubadan line?

It is a hierarchical arrangement in the Ibadan system; it is a two line approach, the Balogun system and the Olubadan (Otun) system. So, after the Otun Olubadan who is the head of the Olubadan system, Balogun comes next and that is the head of Balogun line. Then it becomes the turn of Osi Olubadan and so on and so forth. It is a well established arrangement, nobody can do anything about it.

Nomenclature is all that changed, instead of saying high chief, we say Oba Lekan Balogun, it doesn’t change anything in terms of structure. I still remain the Otun Olubadan, Balogun remains Balogun, Osi Olubadan remains Osi Olubadan etc.

Nomenclature changed and we are quarrelling about it as if there was more to it than meets the eye. Ibadan is just catching up with the rest of Yoruba land; there are 53 Obas in Lagos. If you go to Ekiti the same story, Ife, Ondo, Ijebu, Egba and the rest, it is the same story.

But the only superior aspect of our reform is that nothing changed in the hierarchical settings of Ibadan. The 53 Obas in Lagos were demacated into small units, there is no demacation in Ibadan.

Why We Want To Reconcile With OLUBADAN – Otun OLUBADAN, Chief LEKAN BALOGUN was last modified: August 15th, 2019 by Dare Adeniran