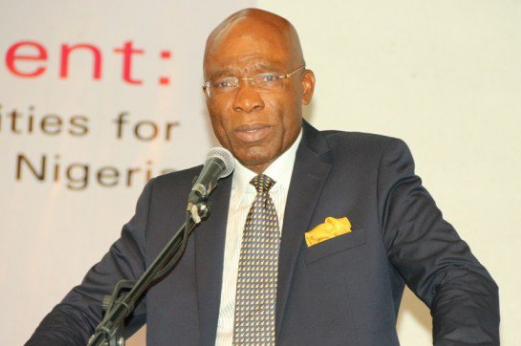 The award was presented by Aliyu Abubakar Aziz, director general of National Identity Management Commission (NIMC) and Steve Ayorinde, commissioner for information and strategy, at the summit, which held at The MUSON Centre in Lagos.

Shina Badaru, founder of Technology Times, said the award was introduced to honour an individual, either in industry or government, who has made the most enduring contribution to the information and communication technology (ICT) industry in Nigeria.

He explained that the final honourees were selected through complementary decision of Technology Times editors (40%) and online voting (60%) on the official website of the company, www.technologytimes.ng.

The biometric digital revolution in Nigeria can attributed to him, as he delivered the INEC voters’ registration in 2006 when foreign contractors could not deliver after months of promises.

He again supervised the biggest single ICT digital rollout in Africa with INEC in 2010 as well as the largest single e-Library and wireless cloud rollout project on the continent.

He also pioneered ICT Distribution in West Africa with the launch of Technology Distributions Ltd.

Ekeh cites his story as one of many firsts and landmark achievements in his chosen field of information and communications technology.

He has served on a good number of federal government committees.

Nnamdi, one of his children is the founder of Yudala, an online and offline retail chain