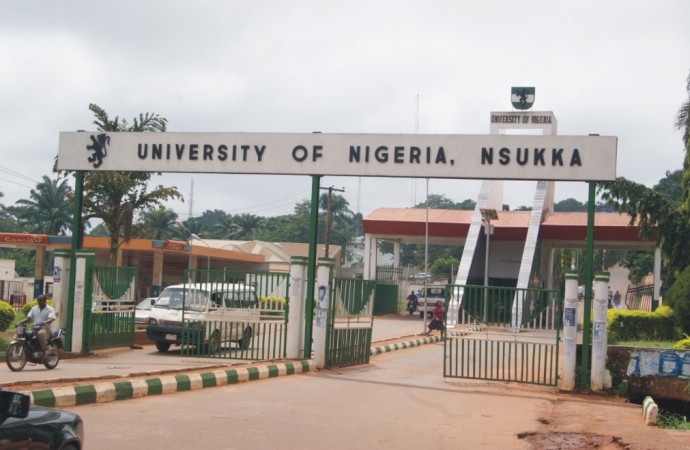 The Vice-Chancellor of the University of Nigeria Nsukka, UNN, on Friday announced that 94 out of 10,425 graduands bagged first class honours.

Mr Ozumba made this known in Nsukka during 46th convocation ceremony of the university.

He urged the new graduates to use knowledge acquired from the university to make significant imprints on the country and the world.

“Out of 10494 graduating students, I announced to you that 94 bagged first class honours, 3,098 made second class upper division, 5,145 got a second lower class, 1,653 made third class while 93 are given diplomas and 314 get the university certificates.

“We urge the graduates to be good ambassadors of the university wherever they find themselves,” the professor said.

He said his administration has completed some infrastructure projects as well as improved water and electricity supply in the university.

“Electricity and water supply services have improved tremendously which both students and staff can attest to.

“Our online distance learning programme is ready and awaiting commission by the National University Commission (NUC).

“The University of Nigeria will continue to improve the welfare of its staff and students,” he said.

The Pro-Chancellor and Chairman Governing Council of the institution, Emmanuel Ucla while congratulating the graduates, said their hard work and toil had come to fruition.

The News Agency of Nigeria reports that the university named Ifeanyichukwu Eke, from the Department of Microbiology, as the best graduating student.