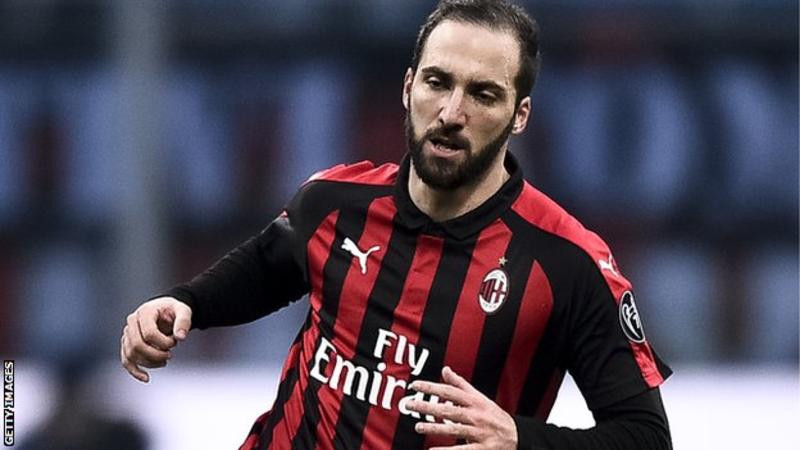 Chelsea have confirmed that Gonzalo Higuain has joined the club from Juventus on an initial loan deal with an option to buy this summer.

Higuain joins the Blues after spending the first half of the campaign on loan at AC Milan, where he scored eight goals.

The forward now moves to Chelsea on loan, although the club has an option to buy for £31.6 million ($41m), Juventus confirmed.

With the timing of the move, the Argentine is not eligible to feature against Tottenham in the Carabao Cup semi-final on Thursday.

Higuain, who will take the No. 9 shirt, comes in as Alvaro Morata prepares for a loan-to-buy move to Atletico Madrid.