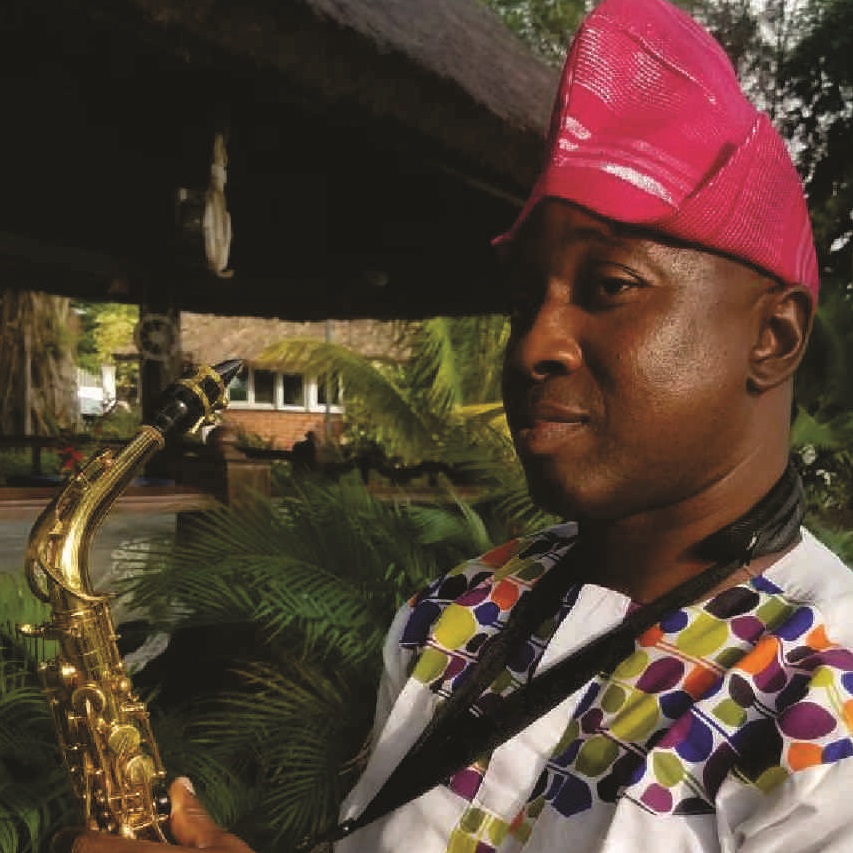 •Out With New Album, SOLID ROCK

If you usually frequent Lagos parties, you must frequently run into Faith Band. The band has become the favourite of Lagos celebrities, who want a band that can play all kinds of music from Gospel, Juju, Highlife to Hip Hop. The band plays at wedding receptions, birthdays, burials and many other social celebrations.

The high demand for Faith Band to perform at events, coupled with the band’s wish not to turn down requests for its services, made the band set up 3 units. The innovation enabled Faith Band to simultaneously perform at 3 events across Nigeria. Despite its replication, the band’s performances are always highly outstanding. So, don’t be surprised if Faith band is playing at 3 big events in Lagos on the same day. There is a structure in place that makes it possible. The band rehearses weekly to review its operations and go over its songs.

The Faith Band has an interesting story behind it as the founders started from being members of a Church Choir in Lagos. Interestingly, years after, Ayo Ajekigbe still remains a valued member of the same church choir.

The big news is that Faith Band’s latest album entitled: Solid Rock, is out. It is a 4-track album, containing melodious lyrics. All songs are composed and arranged by Faith Music International and it was recorded at Faith Music Analogue Studio at Sura Shopping Centre, Lagos, where the band has its booking office. That was where City People’s Publisher, SEYE KEHINDE, met Ayo Ajekigbe.

He had just left the church to keep a date with City People at his Sura shopping complex office. A few hours spent with him showed him to be a well- organised person, who is clearly focused on his music career. He is a prim and proper person. Time for him is of the essence. And his words are his bond. In the interview below, Ayo Ajekigbe tells us the success story of the Faith Band.

Congrats on your new album. When will it be out?
The album is already out. It’s entitled: Solid Rock. The 1st album I did about 4 years ago is Titilayo Mi. I named this album Solid Rock because I believe it’s on the rock ages we stand. Jesus is our rock. We stand on a solid rock that can never be shaken. We bank on our Lord. There are 4 tracks in the album. The first is: Oke Rere Logbemire; 2nd is Anu Nimorigba, the 3rd Ejeka Fun Lola and God U Are So Good.
My best track is God U Are So Good.

All the songs are meaningful. You can be inspired by them. This is my No 3 album. The 1st one we did was with myself and Omotosho Sunday. We formed the band together. He did the 1st one. So, if you count the present album, it is the 3rd. But since I took over the leadership of the band, the new album is my 2nd. But I have done many live performances.

How did you get into music?
It’s a long story. I started as a Chorister in a Church, the First Baptist Church, Lagos. Then in 1995/96, Omotosho was an Organist employed by the church. He came in as a paid organist to our church. He developed interest in some of us, who were singing well. Both of us started working together as we sang solo, he played, we then decided to form a small band to perform at both birthdays, weddings staged in our church at no fee.

That was how we started in 1997, precisely 20 years ago. Then, we started as a one-man band group. 4 of us started it together. And we started going out gradually to perform without collecting money from people. We wanted to be playing for people in our leisure time. Many of us just graduated from school and we were still looking for jobs. So, we wanted to keep ourselves busy as young graduates. We wanted to develop the talents God has given us.

I have been in the choir for years before we set up the band, so I knew much about singing choral, classical songs, which I did then. Later, we found ourselves in live performance kind of music that we are still in right now. God has been so good to us. Even when Omotosho travelled to US, after winning Visa Lottery, with his family, we still continued. There was no vacuum. He was the Director then. I was the band leader. At his exit, the leadership mantle fell on me. And since then, God has been so good to us.

Suddenly, Faith band is everywhere, playing back to back at all major functions.

How did you achieve that?
It’s the Lord’s doing and hardwork. Everything we have today, the Glory goes to the Lord. On our side, we did not relent on our efforts to hone our music skill. We practise every week. We have 3 sets of band. We have very good vocalists. We are one big family. But when events call for us to go out, we divide ourselves into 3 groups.

We usually make sure we perform to our best. So that, those people who invited us, those people at the function will all feel it that there is a live band performing. We don’t do any publicity on radio or in newspaper to publicise our band. We don’t play regularly at any club.

We bank on what we do on stage when people see and hear us perform, they usually collect our card. We put in the best any where we perform. If I, Ayo, perform somewhere, if Leye performs somewhere, if Micheal performs anywhere, you will hear the same remarks and comments that you guys are good. It’s the Grace of God, with hardwork on our side.

How has the band been able to perfect your ability to sing different kinds of music such as old school music, new school, juju, gospel, hip hop… and how do you move from Yoruba to English, to sentimental music or high life?

It’s through rehearsal. We rehearse different genres of music when we do our practice and we make sure we strive for excellence. It’s not easy to switch from one style of music to another, but with some efforts, we can stay on one music for 5 hours during practice.

We always want to add new things at our outing. We like to be current. We are still young. We can do many things. We practise much and we make sure we perfect all those songs.

Why I Went Into The Marquee Business In ABEOKUTA •Fosterline Boss, OLUWASEUN SALAU