How I Fell In Love With Gov. AJIMOBI’s Only Son •Gov. GANDUJE’s Daughter, FATIMA 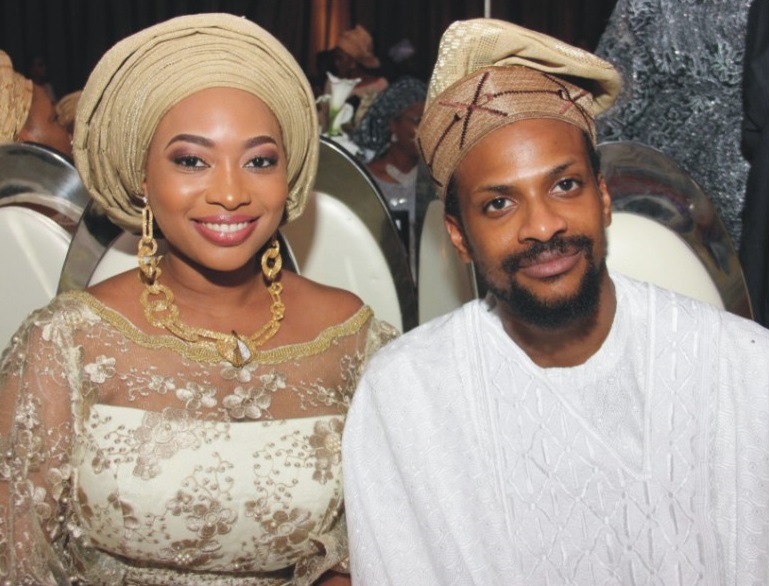 Fatima Ganduje is the pretty daughter of Kano State Governor and she’s married to Oyo State Governor, Senator Abiola Ajimobi’s only son, Idris. She got married few weeks and ago and to say she is enjoying every bit of it is like stating the obvious.

Perhaps we should tell you few things you don’t know about the only daughter in-law of the Ajimobis. Fatima is 24years old. She clocked 24 last February and she is a first class graduate of the American University of Nigeria (AUN), Yola where she studied International and Comparative politics. She once led a Nigerian Delegation to United Nations.

For a youth leadership summit. She also runs a Nongovernmental organisation “Lets talk Humanity`( LTH). It is a nongovernmental association that does everything to make sure women are catered for empowered and protected in Africa. Her Lets Talk Humanity was born in Maduguri and it became active even before it was launched in 2015.

Penultimate Thursday 6th of April, the beautiful brain behind `LHT` Fatima looked stunning in lilac lace gown as she walked in with her darling husband, Idris Ajimobi at Mauve21 Events centre on Ring road for the Murainos and the Adele`s wedding. She looked charming as her darling husband couldn’t take her eyes off her for seconds. Of course, Fatima loves dancing, she did a few steps before she cuddled up with her husband and her sister in-law.

Fatima looked prettier on Sunday 8th of April, 2018 when she came for the Nikkai. It was at the Nikkai that we saw that all the Ajimobi sisters love Fatimo without reservations. She rocked the gold aso-ebi the Adeles picked and she took pictures with her Mother-in-law, Mrs Florence Ajumobi who is the mother of the day. City People’s Assitant Society Editor, ABIOLA ORISILE had an exclusive interview with Fatima Ajumobi where she spoke about her Love story and how much she is coping with her marriage. Enjoy it.

You are beautiful, how many minutes does it take you to look this good?
I will say in 30minute since I already have an idea of what I want to wear, it is not difficult putting them together.

Is it obvious you are enjoying your marriage?
Yes, I am enjoying every bit of it. It is enjoyable when you are married not just to your friend but bestfriend. It is a joyfull thing and 1 see each day as a blessing.

How did you meet him?
I will say it is a long story but to cut it short, it is through a family friend of ours and we took to each other immediately.

What was the first thing he said to you?
He said, I will like to know you better and I said why not.

How long did you date?
We dated for a year before taking it further and the rest is history.

What made you say yes to his proposal?
I love Idris and I aside this, he is a very likeable person.

Can you tell us what we don’t know about your husband, Idris?
Idris Ajimobi is very kind, gentle and generous. He is the best man I can ever ask for.

You are a Hausa Girl, how is it like getting married to a Yoruba guy?
I am not Hausa, I am Fulani. It is the same way you would feel if you married Hausa. Love knows no tribe.

Do you speak Yoruba?

Not yet but I am beginning to pick few words, like “Je ka ma lo“ (Let us go). And it took me about 2 months to learn that. But I am ready to learn more with time. I am beginning to learn all the Yoruba food too. Not just eating it, but learning how to cook it. I can cook Yoruba Jollof rice. I am learning fast because I love cooking alot

How best can you describe your 3 sisters-in-law?
They are very amazing person. They love their brother and they have extended the love to me too. They are very loving.

How can you describe Yoruba marriage?
Yoruba marriage is very respectful and I am beginning to learn alot. Yorubas accord respect and I love it.

How best can you describe your mother in law, Mrs. Florence Ajimobi?
She is an angel on earth and I will say she is not my Mother in-law but my Mum.

How I Fell In Love With Gov. AJIMOBI’s Only Son •Gov. GANDUJE’s Daughter, FATIMA was last modified: April 17th, 2018 by Abiola Orisile