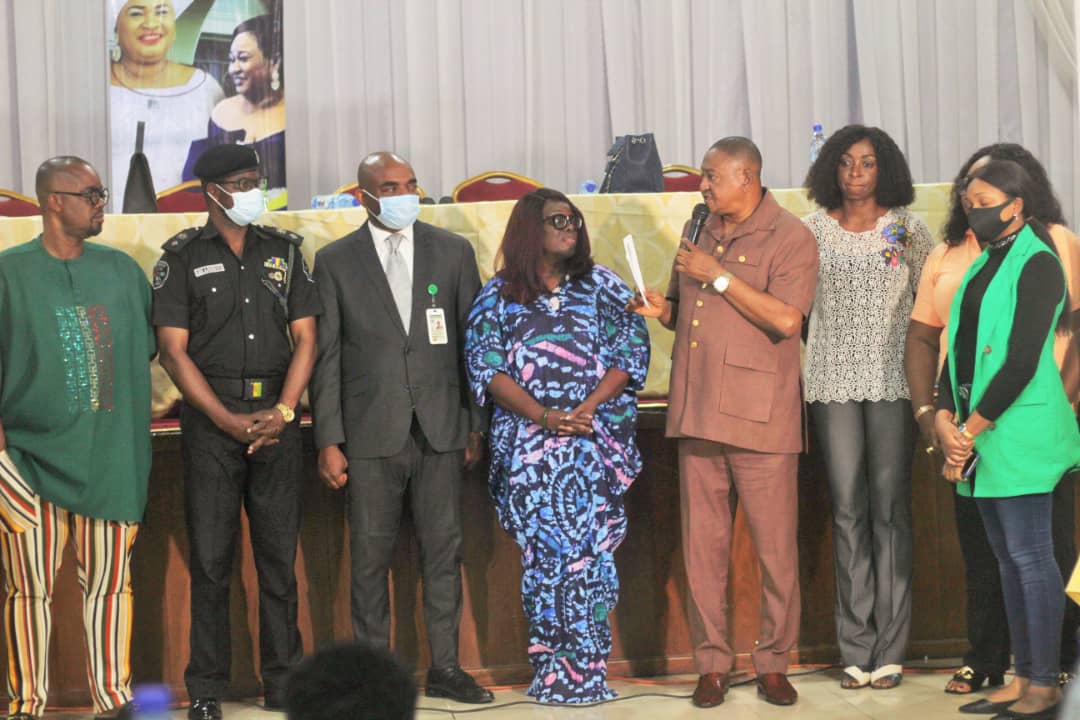 The topic of the day was the Legacy of an icon (living a good life).

Her children Tunji and Sola Oniga spoke of the glowing attributes of their mum adding that her stardom never stopped her from playing the role of a great mother who was ever-present in the life of her kids.

Other speakers like Racheal Oniga’s younger sis and best friend also reiterated that the icon was a philanthropist who always gives everything she had to help the poor and needy.

Joke silver spoke about historical women who had shaped the world through their passion, character and strong beliefs

Her environment for the better.

Kate Henshaw spoke about rest, body exercise and eating right while insisting that everyone in Nollywood should take cognisance of the three in order to live a good life

Emeka Rollers and Femi Branch extolled d virtues of the veteran actress while adding that everyone should emulate her kind-heartedness, transparency and good nature.

They also urged the children to follow in her footsteps.

The committee was chaired by Chief Mrs Pat Isiorho-Eleto

Jide Kosoko spoke on the fact that if Nigeria was ever going to become a better place people must be ready to make a change.

Keynote speaker, Benson Uwheru spoke on the importance of living a good legacy for all.

Others who spoke were Pat Oghre Immobhio Sam Ayomikun, Joke Silva, Kate Henshaw-Nuttal, as friends and NGOS in diaspora made a cash donation to the children of the late icon at the event.