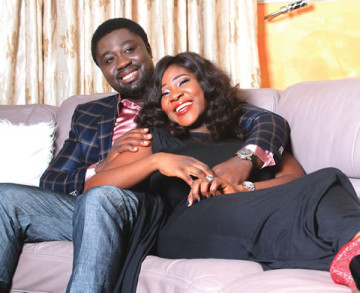 Mercy Johnson-Okojie, has revealed in a new interview that she has stopped accepting romantic roles because her husband does not like it.

The Senior Special Assistant on Entertainment, Arts and Culture to Kogi State Governor in the interview told SUN that due to her husband’s dislike for such roles, she cannot accept it regardless of the money being offered.

She further said, her husband doesn’t watch my movies. But I think he has heard about the clown I am in movies (laughter). Nevertheless, I adore him for being my backbone and supporter of my career.

For the past eight years of our relationship, I haven’t featured in romantic roles. This is because he doesn’t like it and I can’t do it for all the money in the world.”