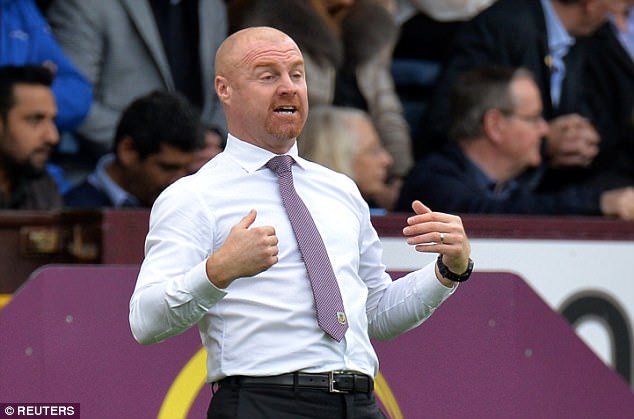 Leicester city are in search of a replacement for their sacked manager Craig Shakespeare and have approached Sean Dyche for the job.
Shakespeare took charge on a temporary basis following Claudio Ranieri’s sacking in February and signed a three-year deal in June.
Wales manager Chris Coleman and Burnley boss Sean Dyche are among the contenders to replace Shakespeare.
Dyche said it is “no story”, adding: “I’m not aware of any approach. I’m more focused on what I am trying to achieve here.
“It is not first time I have been linked with other jobs. I have been flattered. It is a form of recognition.”
Leicester, who have not won away from home in the league this season, travel to Swansea on Saturday in their next EPL encounter.
“I hope the players don’t need lifting,” said former Portsmouth, Blackpool, Blackburn and Oxford boss Appleton.
“I don’t believe there is unrest. The group is very positive despite a tough start to the season.
“It’s a good dressing room. There are hungry players who want the opportunity.”

Leicester, Premier League champions in 2015-16, are third bottom of the table after failing to win in their past six games.