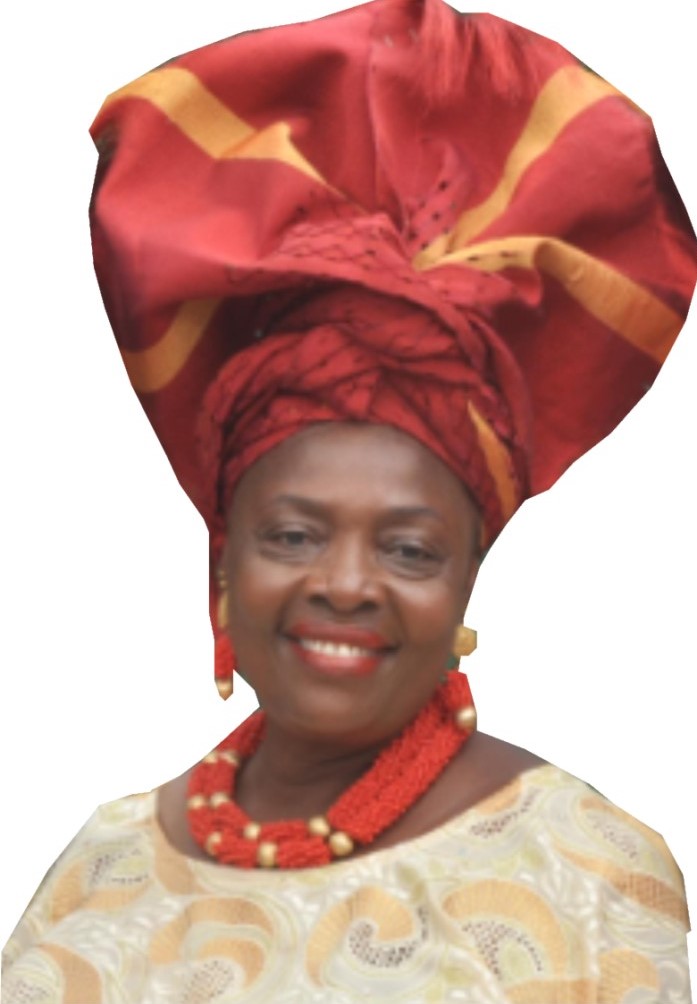 It was celebration galore for Alhaja Abiola Atanda popularly called Madam Kofo, and her family as artistes and celebrities gathered to celebrate her son Olusegun’s  wedding in Grand Style.

Zion Event Centre, including the road network that leads to Okota area was on Saturday,  3rd of Nov. 2018, regarded as one of the busiest roads ever, as the roads were thronged by high and mighty celebrities especially members of Country Club, Ikeja and Ladies Circle Club, who came to felicitate with one of them. Madam Kofo, a woman, who has, over the years, built her career and carved a niche for herself in entertainment world through her unique style and prowess. She is popular for her event hosting skills and her iconic gele. Madam Kofo is a veteran Nigerian actress who  is also one of the most sought-after wedding comperes in Nigeria, and that explains why her son’s wedding was also one of its kind. She actually played host to all the guests one after the other, and made sure that everybody was satisfied with food and drinks. The event was regarded a classic one.

The first segment of the celebration, which is the joining of the couple in a Muslim way called Nikkah. that is compulsory in Islam according to the view of some Muslim scholars, while it is Sunnah (Prophet’s Way), according to the saying of Prophet Mohammed (SAN. It is an occasion to make the responsibilities and duties of couples known  in accordance with Holy Quaran, the book of God, that emphasizes that a  wife must  spend out of her husband’s resources as he , protects and takes good care of his wife. Also, a good wife must protect her chastity, respect her husband and both must reason together for mutual benefits.

WHAT THE IMAM TOLD THE COUPLE

Islam is against gay or lesbian marriage and there are 5 important things to consider before joining a couple in Muslim marriage. The first is the consent of the husband and wife, getting to know each other fully and agreeing  to be joined as husband and wife, 2. Is their presence at the wedding, the presence of the both parents as Islam does not support absence of parents on such an occasion No 4 is the rite, the husband gives to the wife in terms of her Dowry. Muslims believe that it must be dutifully paid and the last, but not the least, are the witnesses who must be present. There are 5 important factors that must be considered before Muslim marriage could take place  according to the Imam. He counseled the couple, Husband “It is your responsibility to take care of your wife. You must learn to advise and counsel each other in a positive way, to have a peace of mind, you must love each other unconditionally, don’t beat your wife, likewise wife must take care of her husband, most importantly, I want you to have it in mind that you will definitely experience tough time in your marriage, but none of you should allow a third party in your marriage.

After the words of knowledge from the Imam to the couple and the parents, the marriage certificate was presented to the couple. Guests were invited to witness the signing of certificate and the whole process was brought to a close.

Engagement of Fridaus Ajibola and Idris Olusegun started immediately after the Nikkah.  The two families are respectable. The family of the bride is from Ilorin, Aluko compound, one of the prominent compounds in the ancient town of Ilorin, while the groom’s family is from Egba, Abeokuta to be précise, though Madam Kofo is from Oshogbo.

The essence of traditional marriage is for the two families to know each other and give their consent to the union. The groom was invited in, led by the groom’s father Alhaji Obafemi Sunmonu and the groom’s mother Alhaja Abiola Atanda (Madam Kofo).

AND THE COUPLE WAS INVITED IN ONE AFTER THE OTHER

Time prevailed on Alaga Iduro and Ijoko  who were given just 1 hour to conduct the whole process.

The groom, Idris Olusegun Sunmonu, was invited in with his friends, it was a happy moment for Segun and his friends as they danced doling out  money as directed by the 2 Alagas. After the dancing, singing session, money exchanges hands. The groom, Olusegun Idris, with his friends was asked to prostrated severally in accordance with the custom for the bride’s parents and sit  between them.  He also went to his parent to do the same things. Shortly after, the bride, Ajibola Fridau, came in with her friends, who lighted up the whole place with their dancing steps. Dressing in Uniform Aso-Ebi. The bride’s friends became the cynosure of all eyes and they stole the show with their beauty. The new bride went through similar process as custom demands before she eventually sat with her husband.

Other side attractions were the reading of letter and acceptance of the gifts brought by the groom’s family, and all the guests moved into the well decorated hall for the reception.

Thereception of Olusegun and Ajibola was a beautiful one.  The hall was well decorated in such a way thatmade every individual express admiration.