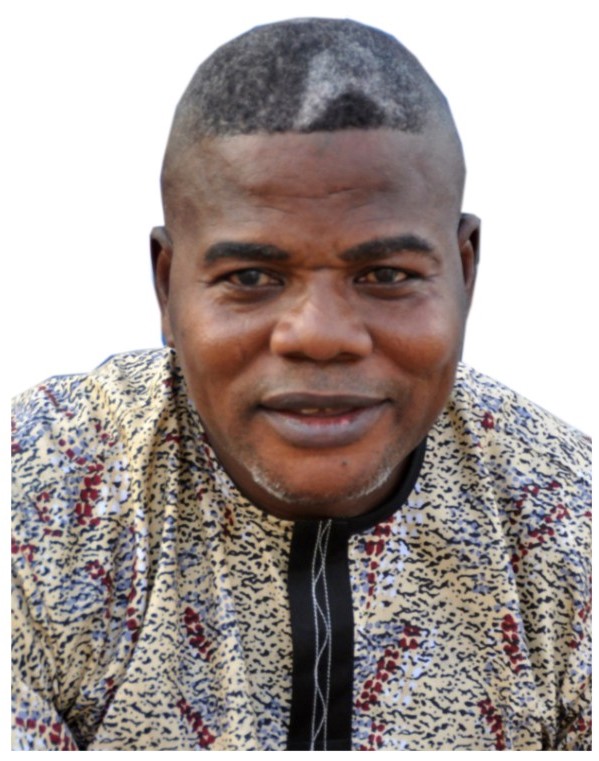 Meeting Ididowo for the first time, the impression you get is that you’re talking to a very simple and unassuming man who would certainly not have the temperament to be a man about town. But that is exactly what Ididowo is. Yes, he is simple and unassuming, but he is also a man about town and a big one too. His real name is Mathew Adeboye and he is Pasuma’s very famous manager, a position he’s held now for about 20 years. Mention the name Ididowo within the Fuji and Juju music sector in Naija and everyone will pay attention to you. This is not just because he currently manages Pasuma, one of Naija’s biggest and finest Fuji sars, but because he’s been around for over 30 years and has worked either directly or indirectly with so many A-list artistes in the course of his career. That is how big the name Ididowo is in the industry today. And he is extremely good at his job too. Many don’t also know that, apart from being Pasuma’s manager, Ididowo and Pasuma are also cousins, their mothers are sisters from same parents. The duo of City People’s Senior Editor, WALE LAWAL, and SOLA BAMIDELE, caught up with Ididowo at the recently held 22 years anniversary celebrations of City People Magazine and he spoke exclusively about his relationship with Pasuma and how he began his managerial career over 30 years ago.

Tell us, sir, how did you start your artiste management career?

I actually started out my artiste management career with Shina Akanni in Mushin. He was the first person I managed and this was around 1986/1987. Then, I was always attending social functions, especially shows by Fuji artistes. And I would spray them and appreciate them with money. Then, if I attended any Fuji show and I don’t spray money, then it means I intend to get some money from the gathering. And for me to spend money on any artiste, I also expect that whenever I need anything from that artiste, he would also reciprocate and do the same for me. So, then, when I was managing Shina Akanni, there wasn’t any show by Obesere that I didn’t attend. It was Obesere who gave me the name Ididowo. It was after a long time that I had become a regular with Oberesere, spraying him money at every show, that he decided I should become his manager. He said I should stop spraying him money and please be his manager.

Were you still managing Shina Akanni at the time?

Yes, I was. What I was doing then was that, even while managing Shina, if Shina had two or three shows clashing on the same day, and he would have to drop one of them, if the show is the type I know Obesere would be okay with, I would pass the show to him. Obesere was in Ebute –Metta then, and I remember telling him, if you remain in Ebute –Metta, you would not be able to break into the big league. Mushin is the home of Fuji music, that’s where all the action is going on. He now asked me, how would we go about it? And I told him not to worry. There was a man in Mushin then, he was called Sudan Alasatu. He was selling music cassettes back then. We used to hold a particular party at Sudan’s place once in a year and Easy Kabaka was the regular artiste for the annual event. So, there was this particular year Easy Kabaka was proving a little difficult for them to get and I told them, you know what, forget about Easy Kabaka this year, I know a young act that can take his place. He is based in Ebute –Metta and you do not need to pay him a dime, he will come and play for us. And that was how he performed at the event and God favoured him. He gave a sparkling performance that night. And from that point, I offered my services to him. I decided that anytime he’s performing at a show, instead of me just going to record at his shows, I would also offer to go there with my Deck machine, record him and also manage him as well.

Was Shina Akanni comfortable with that arrangement? Did he like it?

When Obesere requested that I should start managing him, I knew I could not possibly handle the two of them at the same time. I would have to take a break managing Shina Akanni and I told him, Shina, about my intention to work with Obesere and he said it was okay.

And he wasn’t upset about it?

No, at all. He wasn’t upset. Till tomorrow, if I meet him at a show I spray him money. Even Obesere, I still attend his shows and spray him money. Me, I don’t fight with them. I am free with all of them. So, that was how I started managing Obesere and for a long time, things went very smoothly between us. As for Pasuma, apart from the fact that I am his manager, we are also cousins. His mother and my mother are sisters born of same father and mother. So, several years after I had been managing Obesere, there was a particular day both Obesere and Pasuma had shows in Osogbo same day in separate locations. That was the day I told Abass Obesere that, see, I think the time has come for me to go back home, what I have left in me, let me go and use it to advance my blood brother’s career. If he becomes successful tomorrow, he will bring the success back home, but if Obesere becomes successful too, he will take it elsewhere.  That was how I took my leave and joined Pasuma.

When did you take that decision?

This was towards the end of 2001. But before then, I was already working on the sidelines with Paso and bringing him little jobs. If Obesere had a show he could not honour for any reason, I would go to Paso and beg him to take the job and he would oblige me. So, that made it easy for me to decide it was time to go and start helping my own brother build his career and God has been faithful since then, everything has been going pretty well.

So, are these three artistes you mentioned the only ones you have managed so far?

But you still haven’t told us the real reason Obesere gave you the name Ididowo?

Okay, I will tell you. What happened then was that, when I was managing Obesere, there were some fans that won’t be happy if they couldn’t find me at any of his shows. Back then, there were some big men and young guys too who had money but couldn’t really approach big babes on their own. Now, I was notorious for always having the confidence to approach any woman I desired then. No matter how big or beautiful you are, I will approach you and toast you. And there were always so many big babes attending the shows, so whenever any of these big men asked me to help them approach any pretty lady, I will ask him, what’s going to be my ‘compensation’ if I get her for you? And that was how the name stuck because each time I get a lady for any of them, they will give me some little money as dash or compensation. I remember Obesere used to wonder, he would say, ah, you, is there any woman that you will speak to and not oblige you? No matter how big or pretty the lady is, you will talk to her. So, that was how it all started. Once I get you a lady you desire and I help you persuade her to join your table and be friends with you, you settle me. That was how Obesere turned it to Ididowo. Only very few people know me by my real name, Mathew. But once you mention Ididowo, no matter where I am, those who know me will seek me out.

Before you started managing artistes, beginning with Shina Akanni, what job or profession were you into?

Before I started managing Shina Akanni, I was what was called a ‘Radionic’ then. I knew about repairs of electrical gadgets like a record or cassette players, sound systems and the rest and so I was also setting sound and consoles for musicians. Then, if Shina was playing, I would take the Deck to his show. On this particular day, the engineer that would set for Shina did not come and there was no way they could play without the engineer putting things in place first. That was how I got on the console and set it for them. Shina was like, ah, so you know how to set up the console? That was how I began to set for him whenever he had shows.

So, you were setting for him and managing him at the same time?

Yes, I was doing both for him, but I started at first, with setting for him. Like Paso, whenever we travel out of the country I am the one who always mans the console because the white guys don’t know the tones we use.

Like how many years altogether would you say you have been in this business of managing artistes?

It should be over thirty years ago now.