President Buhari Penciled Down ‘Assassinated’ Ikoli As Next Naval Cheif 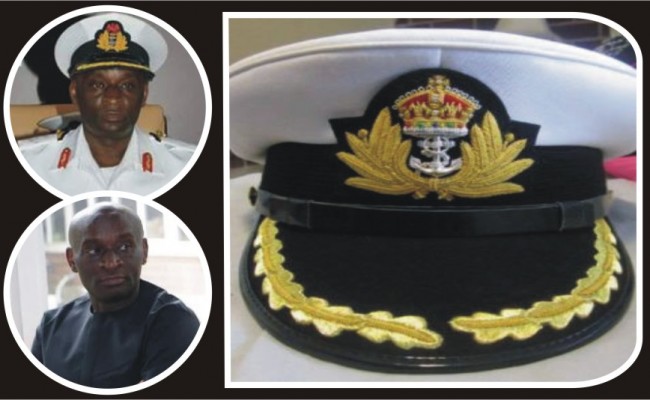 Teikumo Ikoli, fleet commander of the Western Naval Command, Nigerian Navy, was in the running to emerge chief of naval staff, according to some officers.

Ikoli was found dead in his Lagos home, on Wednesday.
Quoting authoritative sources at the command, NAN said he might have been assassinated, “as he had no cause to kill himself”.
“Ikoli has been penciled down by the president as the next chief of naval staff; he recently earned a special promotion to his present rank from commodore,” the agency quoted a source as saying.
“He was on the panel probing arms deal which also affects the Armed Forces, including the Navy.
“Ikoli was a disciplined, gentle, straightforward and honest man, who had no regard for protocol. It is nothing but a murder case.”
The source also said that because of his performance as the commander, NNS Beecroft, he was loved by all officers and the junior ones.
He said: “Ikoli transformed the place by introducing smart ID cards and increasing special duty allowance from N4, 000 to N12, 000.
“Everybody is aware that he was an introvert, but he made sure that things worked properly and he had respect for all and zero tolerance for corruption.
“He really complimented President Buhari on his anti-corruption war and I think that was why he was appointed to serve on the arms deal probe panel.
“His elevation as the next chief of naval staff would have been announced if not for the president’s trip to London for medical checkup.”
Another officer, who said he worked with him, also told NAN that the late Ikoli was an easy going man who did not believe in bothering people.
“At the close of work, he usually allows his aides to go home and stay with their families. In most cases, he will be the one to open the gate of his residence for visitors using a remote control.
“The officer would not have killed himself; it is pure case of assassination. There is a mystery surrounding his death; for instance, the two ambulances they brought to take him to the mortuary refused to move.
“It was when they brought his service car and transferred the body into it that they were able to take his corpse to the morgue,” he said.