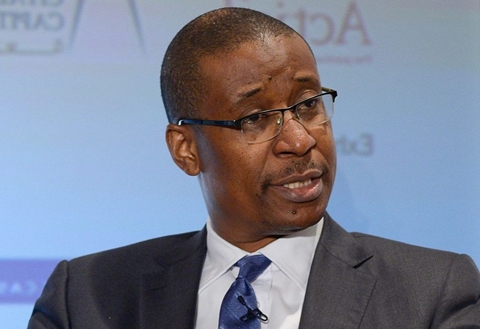 The Centre for Anti-Corruption and Open Leadership, CACOL, has backed the calls by workers in the Ministry of Industry, Trade and Investment, who are demanding the sack of Dr. Okechukwu Enelamah as Minister.

The workers, under the aegis of Association of Senior Civil Servants of Nigeria, ASCSN, are accusing the Minister of corrupt practices, high handedness, injustice and nepotism.

CACOL, joined its voice in the call for the Minister’s sack in a press release signed and forwarded to DAILY POST by its Executive Chairman, Debo Adeniran on Tuesday.

The statement said, “Just yesterday, the representative of the workers and the Chairman of the workers’ union in the Ministry, ASCSN, Mr. Okonkwo Onwuyah, led the workers in a protest at the Ministry in Abuja, where allegations of nepotism, corruption and other abhorrent acts were leveled.

“The workers also alleged that the Minister had succeeded in duplicating and wasting resources through the creation of Nigerian Office of Trade Negotiation, NOTN, based on false memo or advice to the Federal Executive Council, FEC. The workers are also accusing the Minister of killing the Trade Department and having rendered commercial and trade officers redundant.

“This Ministry, like many others in the country, is too pivotal to the planned revitalization of the national economy and the Federal Government’s plan for diversification from oil-based economy, to be enmeshed in ceaseless crisis of this nature.

“We would recall that barely last week, the Nigerian dailies screamed with how over two billion US Dollars (about N700bn) was repatriated home from the national economy by foreign investors, due to fears over the forthcoming 2019 elections.

“All this smacks of adequate engagements and competent line of responsibilities between the Ministry and various stakeholders the Trade, Industry and Investment Ministry in the country.

“One could easily deduce the depth of anxiety between the workers and the Ministry officials when one considers other allegations being peddled like, lack of necessary training and welfare needs of the workers, outstanding payments since 2014, absence of necessary promotion exercise, hiring of consultants for works that could easily be undertaken by regular workers in the ministry with the right motivation, etc. All this paints a grim picture of a conducive and convivial working relationship within this vital ministry.

“With the allegations including corruption, nepotism and other dishonest acts that could only harm and be prejudicial to successful industrialization and attraction of more foreign investments for the economy, we call on the Presidency or any other governmental agency with the requisite oversight power to intervene, by setting up a probe panel that should necessarily get to the root of whatever may be the issue here and recommend appropriate steps that would be in the best interest of the workers, the nation and catapult the economy into a working rather than a redundant one.”

Security: Sowore Says He’ll “Sack All Army Generals If He Has His Way”