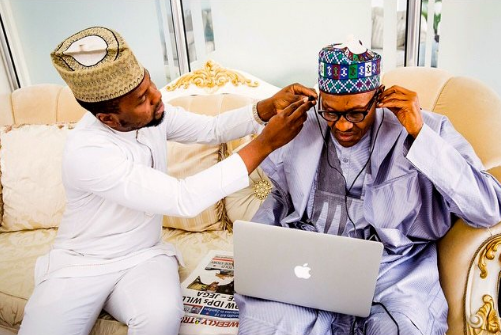 President Muhammadu Buhari has come under fire after his office released an audio of the president greeting Nigerians in Hausa on Ed-el-Fitr, the Muslim celebration after the month-long Ramadan fast.
Critics said addressing the nation in Hausa, a language not understood by millions of Nigerians, was divisive and capable of blighting ongoing efforts at lowering ethnic tension in the country.
In the recorded message, the ailing president thanked Nigerians for wishing him quick recovery and preached peace across the land.
A State House press statement had initially conveyed essentially the same remarks in English on Saturday. But the presidency later released the audio in an apparent response to distrustful Nigerians who had not heard from Mr. Buhari for nearly two months.
Mr. Buhari has not been seen or heard since May 7 when he was flown to London on his second medical trip this year.
Reports that the president has lost his ability to speak due to the undisclosed ailments have circulated online in recent days.
Government officials often dismiss inquiries about the nature of the president’s illness by pointing to the role of Acting President Yemi Osinbajo, who now wields all executive powers.
But rather than gushing over the audio, Nigerians expressed outrage that the president chose Hausa over English, which is the official language of the country. Estimates put the number of Nigerian languages at over 500.

Buhari scored an own goal yesterday

And also provided another assist for Nnamdi Kanu

Nigeria needs to sell this player or face relegation

Buhari addressing all Nigerians in Hausa. Like the hardship in Nigeria is not enough we now have to pay interpreters to hear our president pic.twitter.com/ef023ne0OJ

"Muhammadu Buhari will be back to Nigeria this week"

If that doesn't happen, come back and read this tweet again pic.twitter.com/WweXs2maZ0

People are angry that Buhari sent his Eid message in Hausa and you didn't understand. As if when he spoke English you understood him? ??‍♂️?

2019: no one has seen buhari in 2 years
PDP: "Buhari || Osinbanjo for president and vice-president 2019"
Me: pic.twitter.com/o2gnStAdWI

When you minding your business inside the bathroom and hear someone defending buhari. https://t.co/FqtvCpcR0B

A voice from the grave, by Femi Fani-Kayode