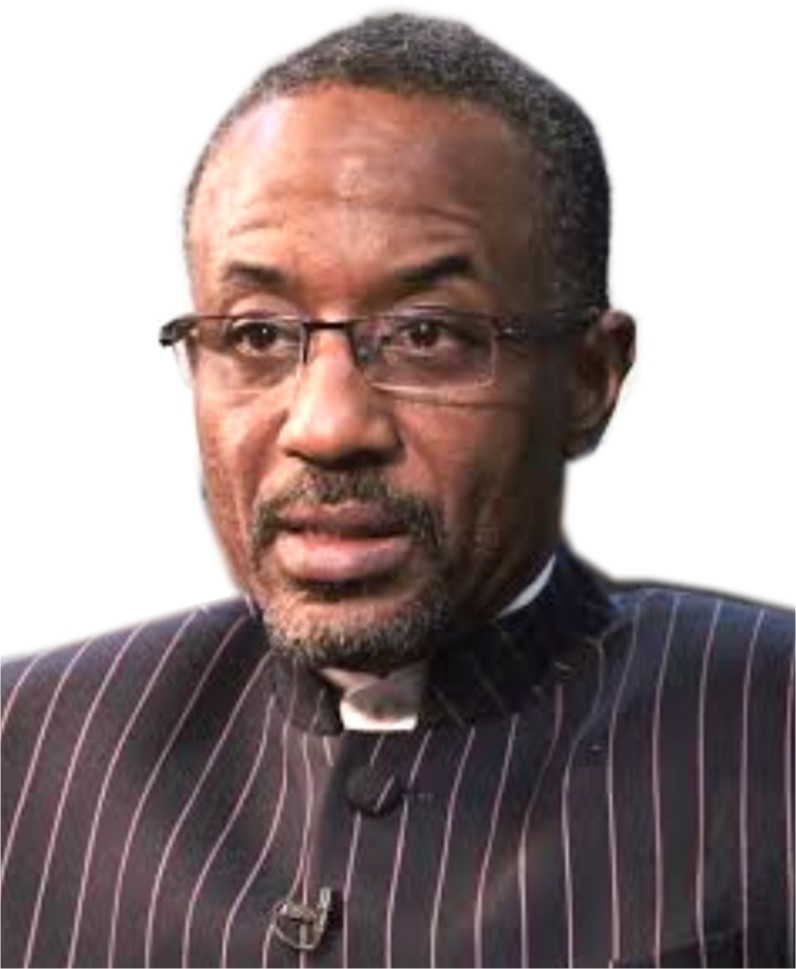 His Royal Highness, Mallam Lamido Sanusi Lamido was the 14th Emir of Kano. Before his ascension to the throne, he served as the Governor of the Central Bank of Nigeria between the year 2009 and 2014. While serving as CBN Governor, he won the prestigious Central Banker Of The Year Award. His blueprint as the CBN boss was centered on 4 pillars namely: enhancing the qualities of banks, establishing the financial stability of banks, enabling healthy financial sector evolution and ensuring that the financial sector contributes to the real economy.

Sanusi Lamido is an ardent speaker on subjects such as Banking, politics, Religion and Economy and a recipient of several awards including the national award for the commander of the order of Niger (CON), and one of Time Magazine 100 most influential people in the world in 2011.

As a man who has served efficiently both at the private, public and traditional sectors of the country, he holds vast experience and can ably discuss the problem with building a desired and working nation based on real-life issues, and how to overcome them.

He was a guest at the 2020 Independence Day celebration programme, The Platform, annually hosted by the Senior Pastor of Covenant Christian Center, PojuOyemade. Below are excerpts from the Question and Answer segment.

You recently launched a challenge focusing on the fourth and fifth SDG of quality education and gender equality respectively. Nigeria’s profile in these areas are dismal and it appears that the government alone cannot salvage the situation. In what ways can the private sector bring its weights to bare in terms of achieving the SDGs for Nigeria?

I am one of the United Nations Secretary General’s advocates for SDGs. Every time I look at these goals, I try to say to myself that if we are to focus on two or three goals even though the goals are interrelated, which ones do I think have the most impacts.

When we look at a country like Nigeria and many indices, my sense is that the focus on Education of the Girl-child and the place of the Woman are the most critical of the Sustainable Development Goals we need to focus on. If you educate a Girl-child, you deal with a number of issues. You deal with the opportunity to rise out of poverty, you deal with inter-generational poverty, you deal with mortality, you deal with nutrition, you deal with the education of the child because the children of the educated woman are more likely to be educated than the children of those who didn’t go to school. You deal with water and sanitation and so on. The single soldier bullet for me that goes into the heart of underdevelopment and poverty is educating the girl-child and providing her with an opportunity to rise out of poverty. The second thing for me is that we’ve got to look at the attitudes of our women in general as a country. This is something that cuts across Nigeria, north and south and unfortunately, it is something that seems to affect not just the uneducated but even those who have gone to school because I’ve seen a number of men who have gone to the university, who are graduates and working who do not have any kind of regards for the rights of their wives and daughters. As a country we need to realize that without giving the respect and without caring for the rights of more than half of our population, we undermine ourselves, we bring ourselves backward, we do not provide them with an opportunity to actualize themselves, and we deal with other issues. We deal with issues surrounding domestic violence, forced marriages, arbitrary divorce and lack of maintenance, and the result is that we have all these children. If you look at the drug problems, lack of focus among the youth, all of them come as family value. You see for me, SDG four and five are the most crucial SDGs and I keep focusing on that. That is why I started the SDG challenge. The idea of the challenge is to change the way we have looked at development goals. What we’ve done is that from the top, we have designed programmes. What we do in this challenge is asking teachers in local primary school settings to come up with ideas for how we can deliver safe education in an economical way to the marginalized and disenfranchised girls in rural areas of Africa.

We will take all the entries and are working with the Queens University, Canada in my capacity as the Chairman, Advisory Board of one million teachers, and have the Queens University access them and then chose 10 winners from across Africa. There will be a token of $500 for the winners but then we will work with all the winners to package, improve, develop a plan and see how we can scale up. At the end of the programme which starts on the 1st of October and ends on the 30th of September next year, I hope to have a big dinner where we raise an endowment fund and unveil the 10 winners which have been packaged, the essence of the fund is to provide the finance for up scalding that.

The first prize for the teacher who wins is that his village or area gets the children in that location educated using that innovation and then we scale it up to other areas across Africa and we hope to reach as many girl-children as possible.

You are one of the few people in Nigeria who have held the highest positions in the private sector, government and traditional institutions. Giving your vast knowledge in these 3 areas, what are the top 3 issues that seem to be common in these 3 areas which are a hindrance to nation building?

It’s a bit difficult to say because the 3 areas are rather different, and each of them seems to face a different set of problems. I’ve had the experience of working in the private sector which is driven by Merit and Competition. The shortcoming of a private sector is that there is this very strong focus on short term profits for shareholders, and that can sometimes be at the expense of the wider society. Now the Public service is supposed to be different but if you ask me from my experience what the biggest throwbacks are, it’s certainly in the public sector where I have mostly positive and negative impacts of decisions.

The first is the need to build institutions. What I find in many politicians is that there is this personalization of institutions; so we do have the institutions, we do have the legal structures, we do have the laws but individuals tend to think that these institutions are there to serve them. Whether at the level of the local government chairman, governor or president, there is this notion that the institutions are there to serve whoever is the chief executive and that is the biggest problem that you have. When you begin to undermine institution, I mean we pay lip service to them, we talk about them, look at the state house of assemblies, look at the state commissioners, it seems as if these institutions are there at the service of an individual and this I think is what destroys the institutions and the civil servants aren’t even the one who run them. First of all we need to understand what institutions are, what do they stand for, what are the rules that govern them and how do we respect those rules and abide by them. It is those institutions that keep the politicians in check. Talking about the police, the judiciary, the press, the traditional institutions, etc. these institutions are not there to serve the individuals, they are there to operate with him at a certain collage of rules and regulations. So we need to build institutions and not individuals. The second problem and this is more in the public and private sector is the general lack of merits or de-emphasis of merits in our institutions. You can never have a good system that is never run by good people and this is not something that we can blame on one element. Take for instance our constitution, I’ve been saying this over and over again. Our constitution says you must have at least one minister from every state but it does not say anything about the qualifications of a minister. It does not say that the minister must be qualified and competent to do the particular job he is given. So if you take a minister from Kano, it does not matter, he could be the most uneducated human being, so long as he is from Kano, you take that box, you have a minister from Kano. And there is no structure to disqualify him; even though he goes through screening, we have watched enough screening where we say that this man is not going to be confirmed but then he’s confirmed unanimously. So the results of putting in ministers or commissioners who are either not qualified or not fit for the role they are given is that the entire country suffers because he cannot deliver.

The third thing I think is we need to have just like in the private sector, an assessment when someone is appointed into a public office whether it’s a Permanent Secretary or as a minister or Commissioner, what are the expectations from that person, what are deliverables? And there must be a periodic assessment that should be public and transparent. If we complain that we don’t have Power, as a Minister of power, it is your job. If you are constructing a road from point A to point B for 6 years and it has not been completed, there was somebody who was supposed to complete the road. Who holds these people accountable and what are the consequences for not completing? What do you need to do to remain in an office? Is it to deliver or be loyal and I think for me, for us to justify these things, we must realize that we are there to serve the people and we only deserve to remain there if we provide that service. The more we realize that, the better we will run a public service. In the private sector, honestly, my experience maybe because I worked in the banking sector is that the system is basically driven by Merit. We had Targets, we had to deliver, we were not driven by ethnic or religious sentiments which seemed to affect a lot of politics. There is a problem with being so obsessed with the Unprofitability and so afraid of losing profit such that there is a complete disconnect between the interests of the private sector and the interest of the wider society and these are issues that we need to look at.