Why I Gave Up On Pres. BUHARI – OVATION Publisher Bashorun DELE MOMODU 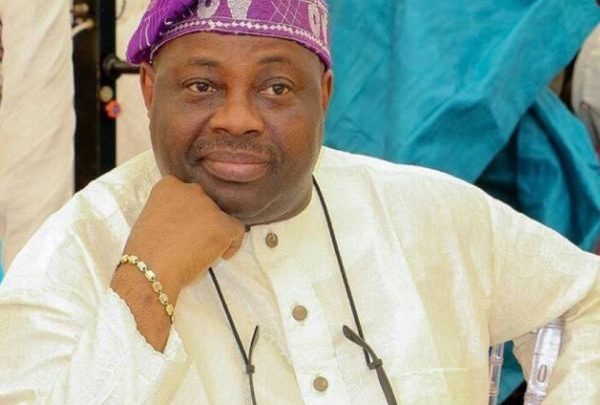 Few weeks ago, celebrated Publisher of Ovation International and accomplished journalist, Bashorun Dele Momodu, was on City People’s Instagram Live Chat. He talked about contemporary issues, Chief of which is the political situation in the country. And of course, if you know Bob Dee as he’s fondly called closely, then you must be familiar with his kind of person. He can be brutally frank with his opinions on issues. He says it as it as without holding tongue in check.

His relationship with President Muhammadu Buhari has been very well documented. He used to be an advocate of the Buhari administration, but not anymore. Bob Dee has lost faith in the PMB administration and he’s not concealing the fact.

In this interview, he explains why he no longer has confidence in this government and why he fears the 2023 elections may not produce a better President.

Let’s talk about Nigeria. Are you satisfied with the current situation in Nigeria; the EndSars protest, the riot that followed, with the way everything is being handled?

Again, it is so unfortunate that Nigeria is still where it is today. I am one person who believes that we can do a lot better, and as you remember, I was a major supporter of President Muhammadu Buhari in 2014/2015. I supported him not because I expected him to be a perfect leader. I supported him because I believe in the Yoruba saying that “A man who asks for the way to his destination will never get lost. I rested my faith on the belief that he has some of the most knowledgeable, brightest Nigerians available to him from all over the world. Nigerians are among the most brilliant human beings you can find on the surface of this planet.

So, if you have the Osinbajos, you have Fasholas, you have the Fayemis, you have the Amaechis, you have Nasir El-Rufai and all of them and you are not able to run a good government then, there is trouble. When I saw that things were going wrong early in the days, I fired him a memo. I wrote a desperate memo to him and he invited me to a meeting. I went there and I told him a piece of my mind. Thereafter I noticed nothing was going to change so I backed off. I’m not a member of APC neither a member PDP. What I need is good governance. What I know is that the day we have a good government and I have my brains I would be able to survive. Good people will strive in an atmosphere of meritocracy but the place where everything comes from, where you come from, who you know and not what you know. I’m definitely not satisfied with what is going on. I’ve even virtually given up that, anything monumental will happen between now and when Buhari will leave the government. it’s less than 3 years now. So, my belief is that it’s going to be very tough in the next 2-and-half years or so.

I’m pleading with the President again, as I do all the time, that, even if you cannot tar the roads, even if you cannot give us electricity, he should unify Nigeria. He needs to unify our people. The division that we have now is unprecedented, not even during the civil war have I witnessed a situation where everything must come from one part of the country, and there are Nigerians who feel like 3rd class citizens, not even 2nd class citizen in their own country. It’s very unfair and very unfortunate.

What would be your advice to him also in terms of how to handle youths and their demands?

Well, I don’t think this government ever believed in the youth. How many youths do you find in government of Nigeria, especially with our federal government? And they don’t believe in dialogue because there is still that hangover of Military dictatorship. So, what you have in your DNA for 60 years is not going to go away in 4/5years. That’s what we have discovered sadly about this government. So, it’s been in their DNA. I was one of those who suggested in 2014, when people were debating whether Buhari should still be called a Gen or not, I said why do you want to rob a man of his glory. His greatest achievement is being a Major General in the Nigerian Army, but they were thinking calling him General might remind people of the days of dictatorship, and I said Ok, why don’t we then call him the people’s General. It’s a pity that some of us have that moment of stupidity. For me, I realised that nothing is going to change, so I moved on. and it’s within your right in a democracy for you to change your leaders every 4 years, even if you are not sure the next leader will perform better. I was once a presidential candidate myself and I knew that only 2 top political parties would have a chance, so I supported Atiku in the last one, and then again Atiku lost. So we moved on. We don’t know who will come next, that is the sad part of democracy, because you have to allow whoever is there to warm the seat because most times, they are seat warmers. They warm the seat for 4 years. it is so unfortunate, but that’s it.

Are you thinking of contesting?

I’m not a serial contestant, I’m not interested at all. A lot of people have to go and contest, I said contest with what? Election in Nigeria is Money!, Money!! Money!!! Ethnicity! Ethnicity!! Ethnicity!!! Religion!, Religion!! Religion!!!. So, for me, I don’t have the capacity to take on the Mafioso. Nigeria is a Mafia Nation. The Nigeria Mafia is now superior to the old Italian mafia. That’s the truth. Trust me, those who control Nigeria at the highest level I doubt if they are up to 10 people. I’ve written about it in the past and it hasn’t changed much. Just last week government decided that only one man, Aliko DANGOTE is the only one whose business would be able to pass through the borders that they have closed. so, then what happens to all the poor people who have nobody? Aliko and all of them are already billionaires, but for me, my concern is about the poor people. In Ghana here the entire spare part is owned by the easterner, I have their list. I was able to identify 111 out of 130+ and we sent palliatives to all of them, I don’t care where you come from in Nigeria. My belief when one Nigerian is suffering it’s every Nigerian that is suffering and we must rise to support that person. But right now, they allow only one person in a country of 200million people to do business across West Africa, very unreasonable and the government has to do something about it urgently. So, the youths of Nigeria have been rendered hopeless, they have been rendered helpless, and according to Yoruba proverb, “When you count slave, the slave will kick”. When you treat someone as a slave, the person sometimes may want to prove to you that he’s a freeborn, not a slave, and that’s what happened with the #Endsars. So, those who think they have killed it, you may have killed the presence now, but you have not killed the spiritual essence, and therein lies a danger. Because when you are pursuing a goat and the goat retreats, you never know what the goat would do on its return. So, for those of us who have friends in the corridors of power, we would continue to advise them, it is for them to listen or not listen. It doesn’t matter but it will be on the record.

Every Saturday, I will continue to advise them about what is going on in Nigeria. We don’t have a leader today who feels the youth should have a say. We don’t have leaders who are willing to interface with our youths. The only youths they know is Nollywood actors. It is when the election is coming, they will go and call your Nollywood actors, to come for dinner, and they will all pack themselves like locust and go to those dinners. I used to ask; don’t you have respect for yourself. It’s always like they’ve never seen a President before, and they all go there, no discussion but just to eat. Some of their leaders will collect the money and disappear, then you will start hearing people grumbling and lamenting. It is a shame of a country. When they call you next time and you all say no, you don’t need us, go and do the right thing, you will see that everything will change.

Why I Gave Up On Pres. BUHARI – OVATION Publisher Bashorun DELE MOMODU was last modified: December 2nd, 2020 by City People