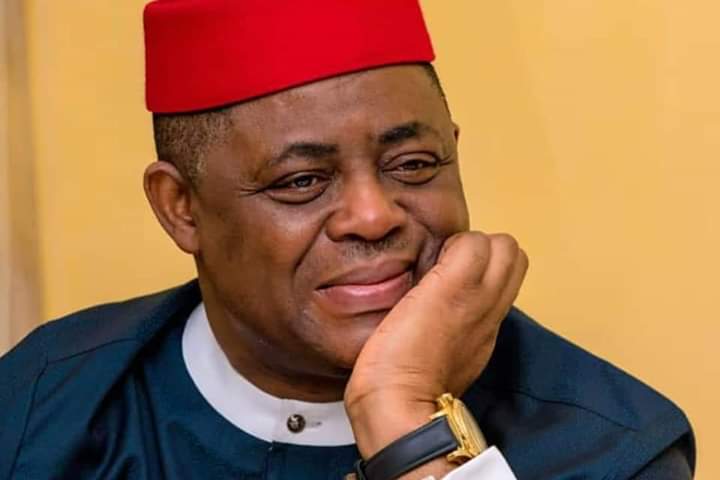 Many people know where Femi Fani-Kayode stands on national issues like Politics and the Economy. If he likes you he will not hide it and if he hates you he will also not pretend. Call him the No 1 critic of President Muhammadu Buharis administration and you will be absolutely right.

You can now imagine how shocked many were to hear that FFK has always been a great friend of Buharis late Chief of staff, Mallam Abba Kyari in his lifetime.

How did this happen? In this interview with Citypeople Publisher Seye kehinde,FFK reveals a lot about his over 40 years closeness to Abba Kyari and why he is rabidly opposed to Buhari.

FFK has been criticised for supporting the late Chief Of Staff to Pres Buhari Mallam Abba Kyari when he was alive till when he passed on a few days ago.Yet you always criticise late Kyaris boss, Buhari. How do you explain that?Are they not one and the same?

No they are not. Kyari was Kyari whilst Buhari is Buhari. The former was only Chief of Staff whilst the latter was President. I knew Abba for over 40 years and he was a good man and a good friend.

We disagreed on politics but we respected one another and we appreciated the fact that true friendship transcends politics. He was at Cambridge with me and he worked in my fathers law firm.

I knew him well and trust me when I tell you that he did a lot of good things throughout his life and that he was a restraining factor and a moderate in Buhari’s Govermment. I have just written a short essay on him and I will send it to you for publication. Perhaps you will appreciate my position after reading that.

How did you become close to late Abba Kyari?What are the sterling qualities you saw in him ? Tell us about the Abba Kyari many don’t know

I will let you read about that in my essay. We were very close and I would describe him as more of a brother than a friend. He was like a son to my father and he was one of the most brilliant people that I have ever known.

You are known to be one of the most vociferous critics of the Buhari administration. Why is that so?

I consider myself to be the leader of the resistance. I think that Buhari has failed and that his Government has totally destroyed Nigeria. We are divided and poor and we are now a pariah.

What is your stand on this constant North/South battle for power .What is your solution to it as we move close to 2023?

There are many good northerners and some like the Givernors of Zamfara and Bauchi are very close to me and good friends of mine. However the truth is that the faction in the north that Buhari represents sees southerners as nothing but slaves. They believe that we are nothing. That is the basis and foundation if my opposition to him.

If we want Nigeria to stay as one nation then power must be fairly and equally distributed. A situation where the operational head of every single security and intelligence agency in this country except for the Navy is headed by a northern Muslim is unacceptable. There is so much more. Look at NNPC. It is not just about who will be President in 2023.

Things have gone beyond that now. We must restructure this country and devolve power to the centre. Failing that we as southerners and south westerners must exercise our right of self-determination and have a referendum as to determine whether we wish to remain in Nigeria.

From your writings and utterances over time will it be right to call you a rabid Yoruba irredentist ?

I am a proud son of Oduduwa and I have no apology about that. I am a south westerner before being a Nigerian and I love and cherish our values, culture, history and noble heritage as a people.

We are first amongst equals in Nigeria and it reflects in all that we do. We as a people are deeply courageous and strong: yes, I am an Oduduwa nationalist. How could I be anything else?

Why I Was Very Close To Abba Kyari But Opposed To Buhari – Femi Fani-Kayode Explodes was last modified: April 20th, 2020 by Reporter