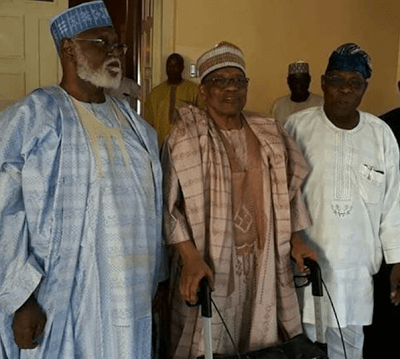 It was gathered that the meeting which lasted for over two hours was held at the hilltop home of former military president, IBB. Details of the meeting is still not known.

Our Mumu Don Do: The trend On Social Media That caught our eyes