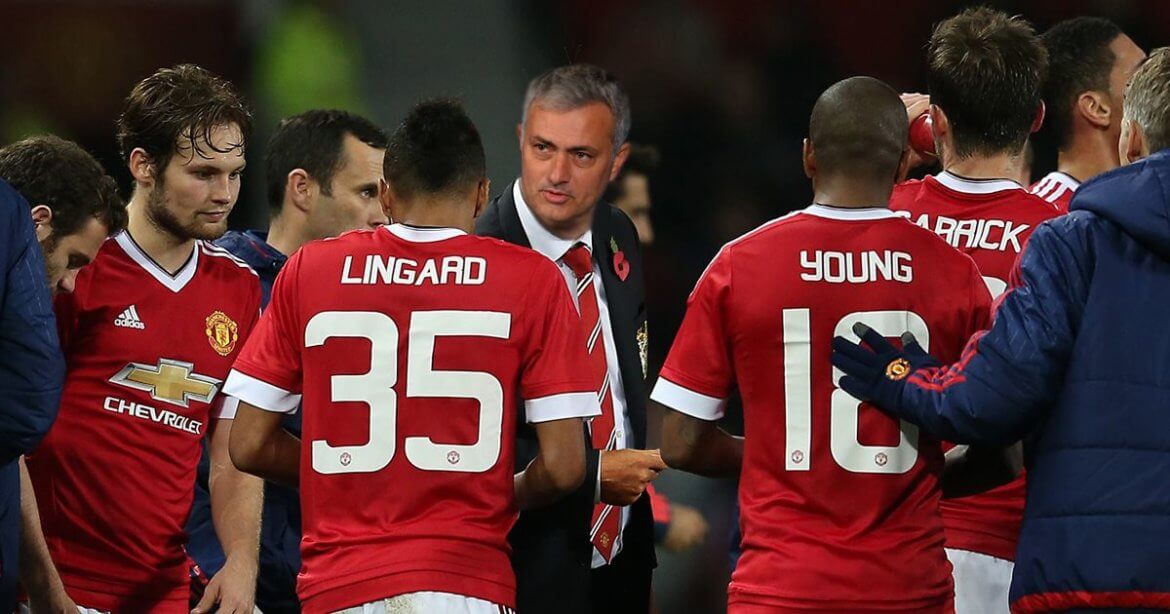 Jose Mourinho has placed a social media ban on his Manchester United players in a bid to limit the extent of information leaking out of the first-team squad.
Some United stars have hit the headlines for posts made on their various social media accounts this season, perhaps most notably when Paul Pogba and Jesse Lingard came under fire from ex-United defender Rio Ferdinand for performing a dance routine in the dressing room at the club’s Carrington training site and sharing it on Instagram.
But Mourinho has grown increasingly frustrated with the tendency of his players to turn to social media, particularly when recovering from high-profile injuries.
Luke Shaw drew his manager’s ire in the autumn when posting a photograph of him training away from the club as he looked to make a comeback from a leg injury, and Chris Smalling was recently shared a video of himself running under reduced weight in a hydrotherapy pool as he looks to return after a knee injured picked up when training with England in March.
As a result of the catalogue of posts he has found fault with, Mourinho has taken the step to prohibit his players sharing any snaps from training or recovery sessions and has also restricted their use of any social media service in the 48 hours leading up to matches. It is believed that Smalling’s recent video was the catalyst for the manager to take the arbitrary step in banning all players’ access to their accounts.
The Portuguese has become known for having a short fuse with any player not taking to their recovery from injury in the way that he would like, having called into question the desire and commitment of Shaw, Smalling and Phil Jones as they have closed in on returns at various stages this season.
“It’s about the philosophy and mentality around them,” he said of Jones and Smalling after they were ruled out of last week’s Manchester derby. “Cautious. Cautious. Cautious. Just a cautious approach. It’s a profile. It’s the philosophy of work. Just that.”
He then claimed he was expecting “a big injury” to Shaw after the England full-back was withdrawn just nine minutes into Sunday’s 1-1 draw with Swansea City at Old Trafford, with the 21-year-old subsequently sent to see a specialist for what is expected to be a season-ending foot problem.