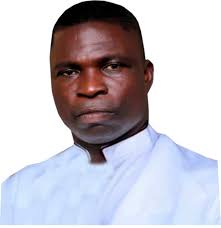 The General Evangelist Worldwide, Christ Apostolic Church (CAC) and founder, CAC Canaan Land, Prophet Hezekiah Oluboye Oladeji has seriously warned the men of God using pictures of Apostle Joseph Ayo Babalola to commit all kinds of atrocities in the name false prophesies and miracles to desist from such or be exposed and shame.

Oladeji reels out this warning at Ikeji Arakeji prayer mountain in his new year message. It was a power-packed revival that ushered thousands of worshipers at the mountain into the new year.

In what he tagged “words of admonition for the year 2020” rather than called it prophesies, the highly respected man of God didn’t only dished out some revelations but also warned people generally on what to stay away from in order to survive and prosper in the year 2020.

Below are some of his revelations for the year: