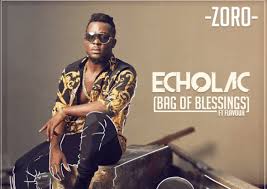 Looks like Zoro has been smiling to the bank lately, and we guess that’s the reason behind the rapper’s decision to add a new Chevrolet Camaro to his garage.

The Igbo rapper took to his Instagram page on Thursday, April 19, 2018, where he posted a photo of the automobile and captioned it with a quote and also thanked God for his latest addition.

“Another One fi the garage, still God      #motivationforthestreet #mbada,” he wrote.

Another One fi the garage, still God      #motivationforthestreet #mbada,” he wrote.

Zoro has joined the list of celebrities who are either changing cars or adding new ones to their already overfull garages.

We all can still remember how the Internet stood still when it was revealed that rapper, Roce Royces Phantyom worth N204m! Yes, guys, that money is enough to buy 4 houses on the island in Lagos.

The music star took to his Instagram page on Wednesday, March 14, 2018, where he posted a photo of the exotic automobile. The proud owner of one of the most expensive cars in the world didn’t only pose with the car but gave it a caption

It’s all about the good life these celebrities because like day say “hard work and consistency pays” which is why after all the music tours and constant dropping of hit songs, it is ok for these guys to spoil themselves with the luxury lifestyle.

Check out the new Chevrolet Camaro rapper adds to his garage was last modified: April 20th, 2018 by Igbokwe John

Arsene Wenger to leave Arsenal after 22 Years in Charge