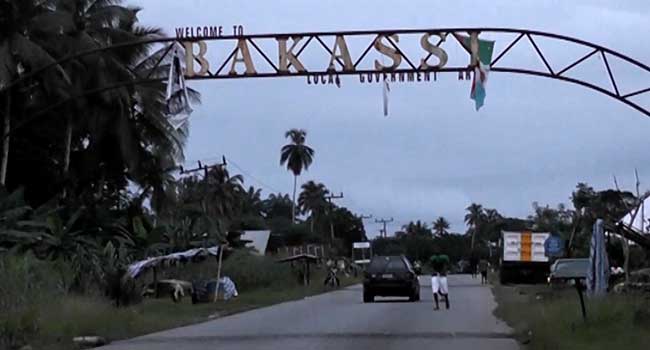 The Coalition of Bakassi Indigenes has called on the Federal and Cross River Governments to probe the activities of Bakassi Resettlement Programme Committee set up in 2008.

The group made the appeal on Tuesday in Bakassi, Bakassi Local Government Area, while briefing newsmen on the condition of Internally Displaced Persons (IDPs) at Ekpikan camp.

Dr Ani Esin, the Coordinator of the coalition, said the committee set up by the Federal Government after the signing of Green Tree Agreement in 2008, had become obsolete and were no longer working for the interest of the Bakassi returnees.

“We thank the Federal Government for its usual response to the plight of our displaced brothers and sisters through the National Commission for Refugees, Migrants and Internally Displaced Persons.

“However, we are calling on the federal and state governments as well as the international community to institute a full scale inquiry into the Bakassi Resettlement Programme headed by Sen. Florence Ita-Giwa and its activities from inception till date,’’ he said.

According to the group, a proper investigation into the activities of the programme would give both governments the clearer picture of the hardship the IDPs were going through.

The group further stated that the call became necessary following the worsening conditions of the IDPs despite huge commitments by both the state and federal governments through their agencies as well as donor organisations.

“We believe that a full scale probe will reveal a lot of things because our people are suffering so much in the camp. Our brothers and sisters are dying daily.

“Their conditions are, to say the least appalling, despite all the laudable efforts and inputs by the government and partners to alleviate their sufferings,’’ the group said.

The coalition also appealed to the federal government to establish a special commission for Bakassi affairs to take care of all issues concerning Bakassi including issues of citizenship; resettlement and reconstruction.

“Our brothers and sisters who chose to go with the Republic of Cameroun are doing better; each time we visit them on the other side, we think whether we have made mistake by opting to remain in Nigeria, due to the way we are being treated. Something needed to be done very urgently,’’ he said.

The group also appealed to government agencies and other donors to always deal directly with the refugees in the camp who will feel the real impact, rather than going through any intermediaries.

The coalition is reacting to recent controversy over alleged diversion of some relief materials given to the Bakassi IDPs by the National Commission for Refugees by some politicians in the area.