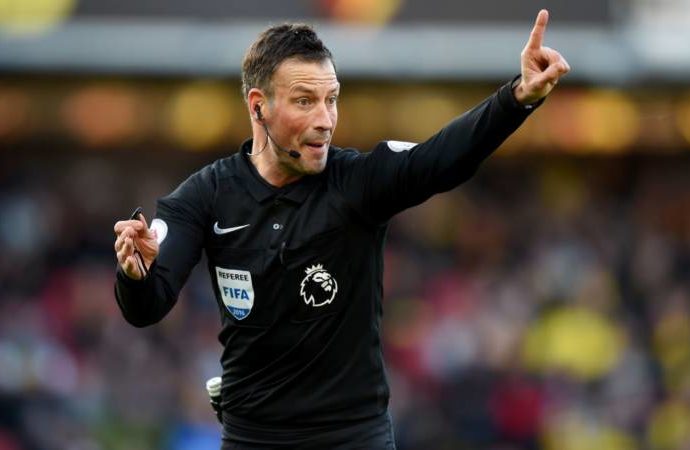 Former Premier League referee Mark Clattenburg at the weekend briefly stopped a crucial Saudi Arabian cup game after hearing the call to prayer which went out around the stadium.

The 42-year-old English ref quit his job in England last year to take up a position as Head of Refereeing with the Saudi Arabia Football Federation.

And since he got to Saudi Arabia, the Englishman has been helping to improve the standard of officiating in that country.

Clattenburg was taking charge of the Saudi King’s Cup tie between Al-Fayha and Al-Fateh on Friday night, January 26 when the match went into extra-time.

With the scores level at 1-1, the official led the players into their usual 30 minutes of extra-time to decide the outcome.

But four minutes into the first period, the call to prayer went out in mosques surrounding the King Salman Sports City Stadium.

On hearing the call to prayer, the English referee blew his whistle to stop play and he picked up the ball as players looked on and ensured no play took place while the call was sounded.

He later resumed play after three minutes once the Mosques fell silent and Al-Fayha went on to win the match 2-1.