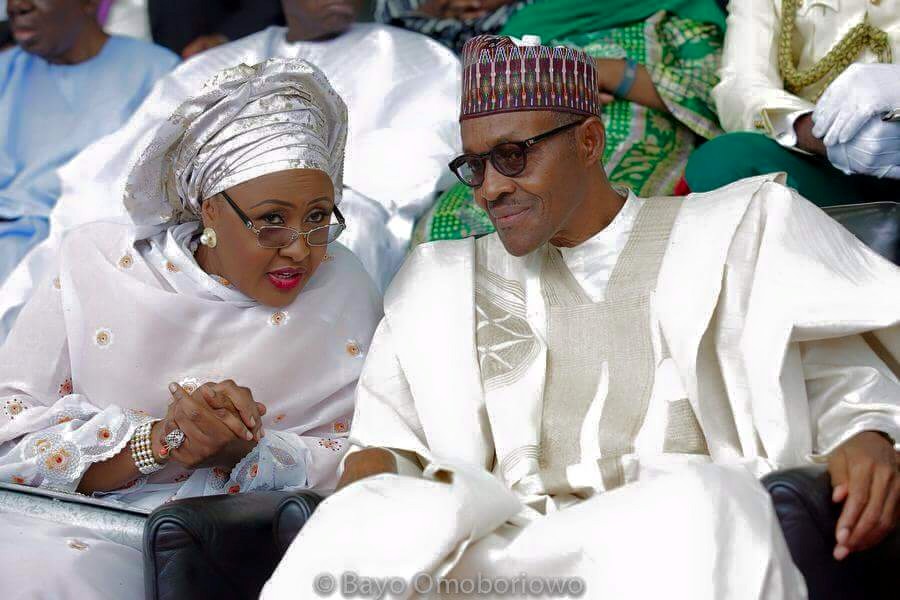 Nigeria’s First Lady, Aisha Buhari, wife of President Muhammadu Buhari, has lavished her husband with adulation as he marks his 77th birthday.

The first lady took to her social media page in the early hours of Tuesday to pen a heartfelt message to her husband.

Aisha described her “sweetheart” as “incorruptible GMB” — in what appeared to be a thinly-veiled dig at those who now refer to the president as a “general”.

She also sought God’s guidance and protection on Buhari so he can steer the affairs of the country in good health.

It is coming days after the PUNCH newspaper chose to revert to the military title for the president to protest “disregard for the rule of law”.

“Happy Birthday to MY incorruptible GMB. I wish you Allah’s Guidance Protection and Good Health to continue steering the affairs of our dear nation. Long Live GMB Long Live Federal Republic of Nigeria,” she wrote on Twitter, accompanied by two lovely photos to commemorate the special occasion.

Born on December 17, 1942, in Daura, Katsina State, Buhari had tied the knot with Aisha in 1989. The union has so far been blessed with five children.

It also comes some months after the president was rumoured to be on the cusp of taking Sadiya Umar Farouq, minister of humanitarian affairs, disaster management and social development, as a wife.

Aisha was recently the subject of conversation on social media after she accused Garba Shehu, Buhari’s spokesman, of taking instructions from Mamman Daura, the president’s nephew, in a lengthy tirade.

She also joked about not having intimate conversations in bed with her husband owing to a lack of time.