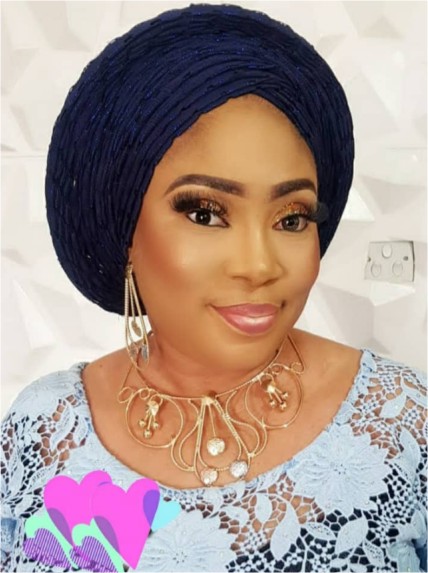 Left for the beautiful Enquire World Boutique and Cosmetics boss, birthday is meant to be a period of sober reflection and thanksgiving. She would have celebrated the day in a low key manner.

But her friends didn’t buy the idea. They felt she deserves to be celebrated, specially on her birthday.

Unknown to her, they had their plans well sketched out, as they, surprisingly, showed up in her place early in the morning, singing birthday songs, with cakes, flowers and gifts. It was an amazing moment to behold.

The celebration didn’t stop there. They also organised a dinner in her honour later in the day. The dinner, which had carefully selected guests in attendance, held at the prestigious Olusegun Obasanjo Presidential Library, OOPL, Abeokuta.

Oluremi Ogunleye, according to her friends, deserves even more. She is said to be a wonderful woman, warm and kind. No wonder she is the most sought after cream seller and boutique owner in the whole of Ogun State.

Despite the fact that she is an Epitome of beauty, her interpersonal relationship and unparalleled humility attract many important dignitaries to her shops.

She has more than 3 fully stocked shops at highbrow commercial areas of Abeokuta with patronage from top society women, celebrities and high flying professionals across Ogun State.

Reason for this is not farfetched, she sells quality stuffs. She shops for her goods mainly from US and Turkey. In fact, most bankers in Ogun and Lagos states patronise her for being selling a quality corporate wears.

That is the kind of business and personal reputations that Oluremi Ogunleye has bult for herself.