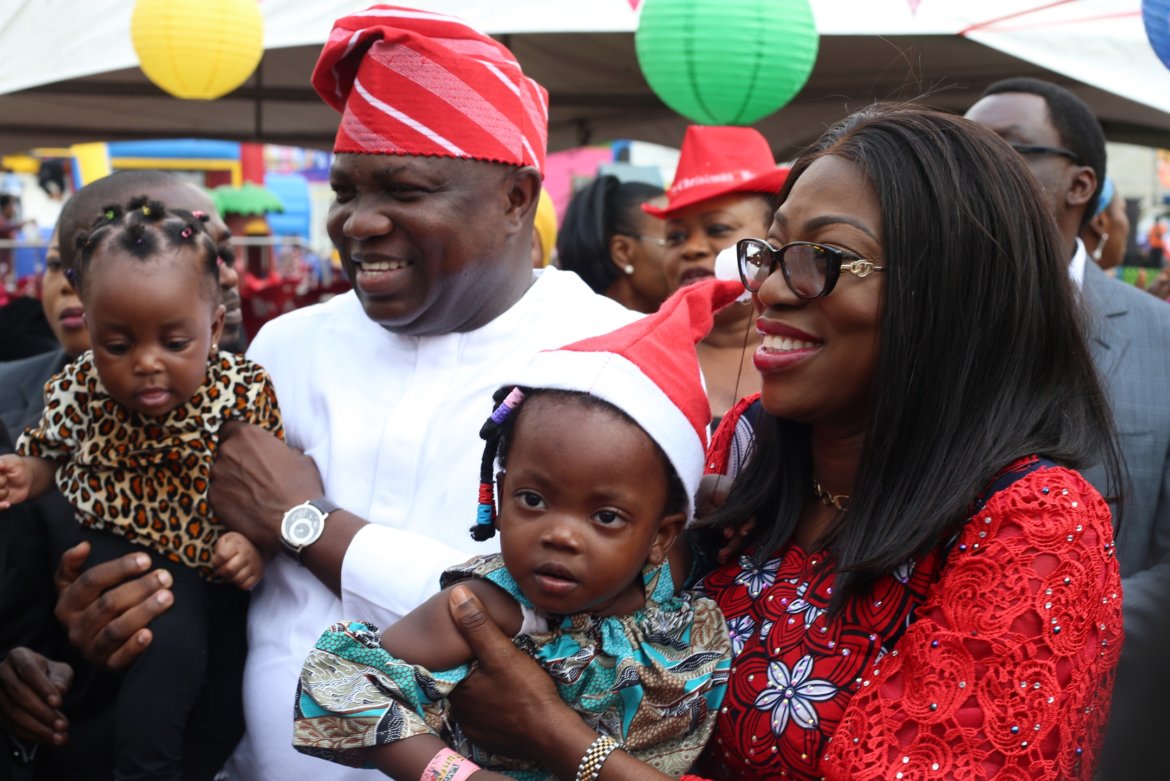 Lagos State Governor, Mr Akinwunmi Ambode and his wife, Her Excellency Bolanle Ambode on Wednesday, December 20, 2017, played host to children from all the divisions of the State at the 2017 End of Year Party with the Governor charging the children to be good ambassadors and their parents to collaboratively raise the bar and ensure they are leaders.

The wife of Governor who spoke at the open grounds of Lagos House, Alausa before a large gathering of very happy and enthusiastic children who had unlimited fun and played several games urged parents to make the welfare of their kids a top priority and ensure they get the best out of life.

She commended the children hearkening to her charge of improving their performance by moving up academically and dressing up like princes and princesses.

She also implored everyone to try and share whatever they have with friends around them especially during Christmas and encourage them with what each person has. 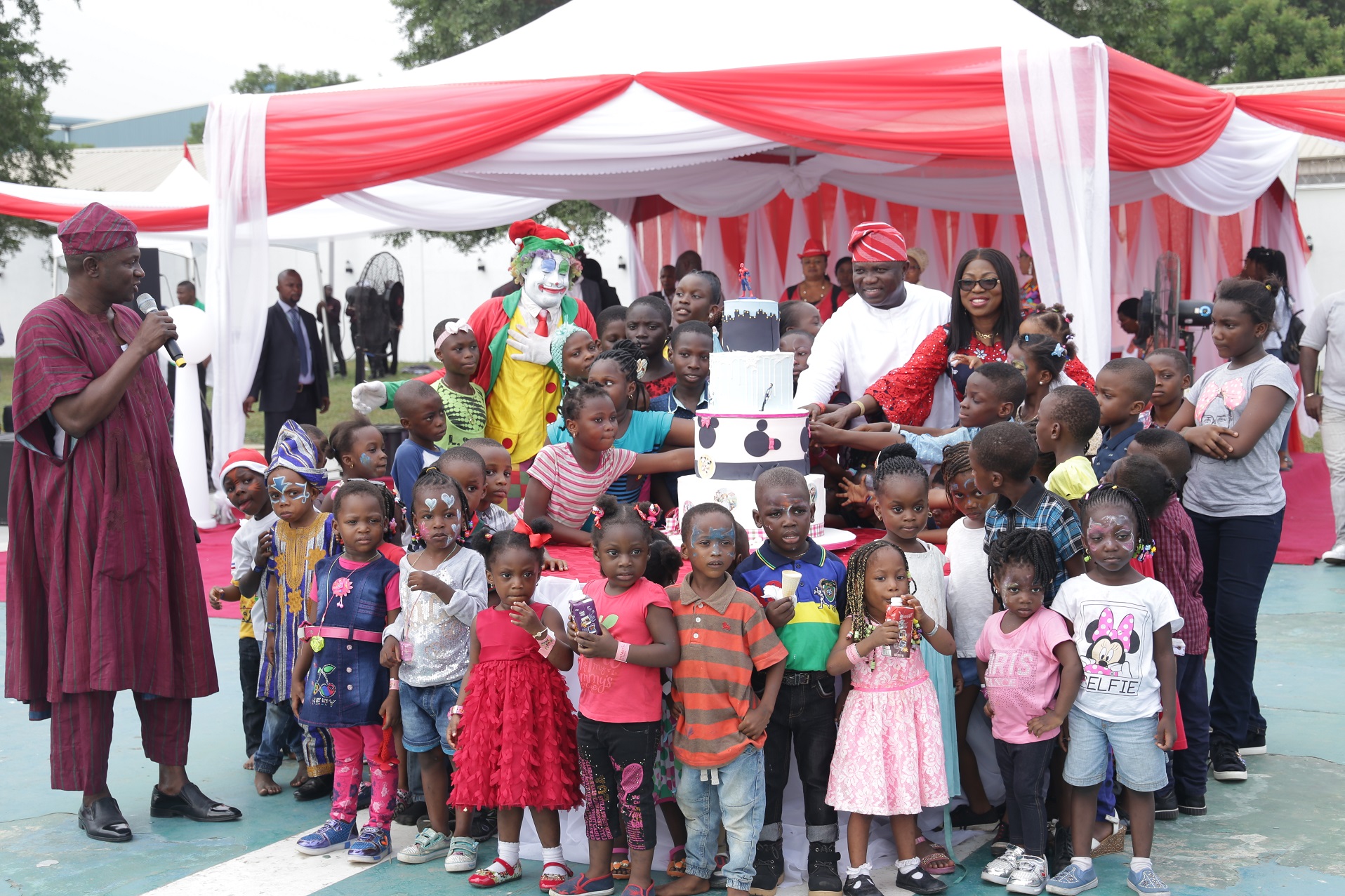 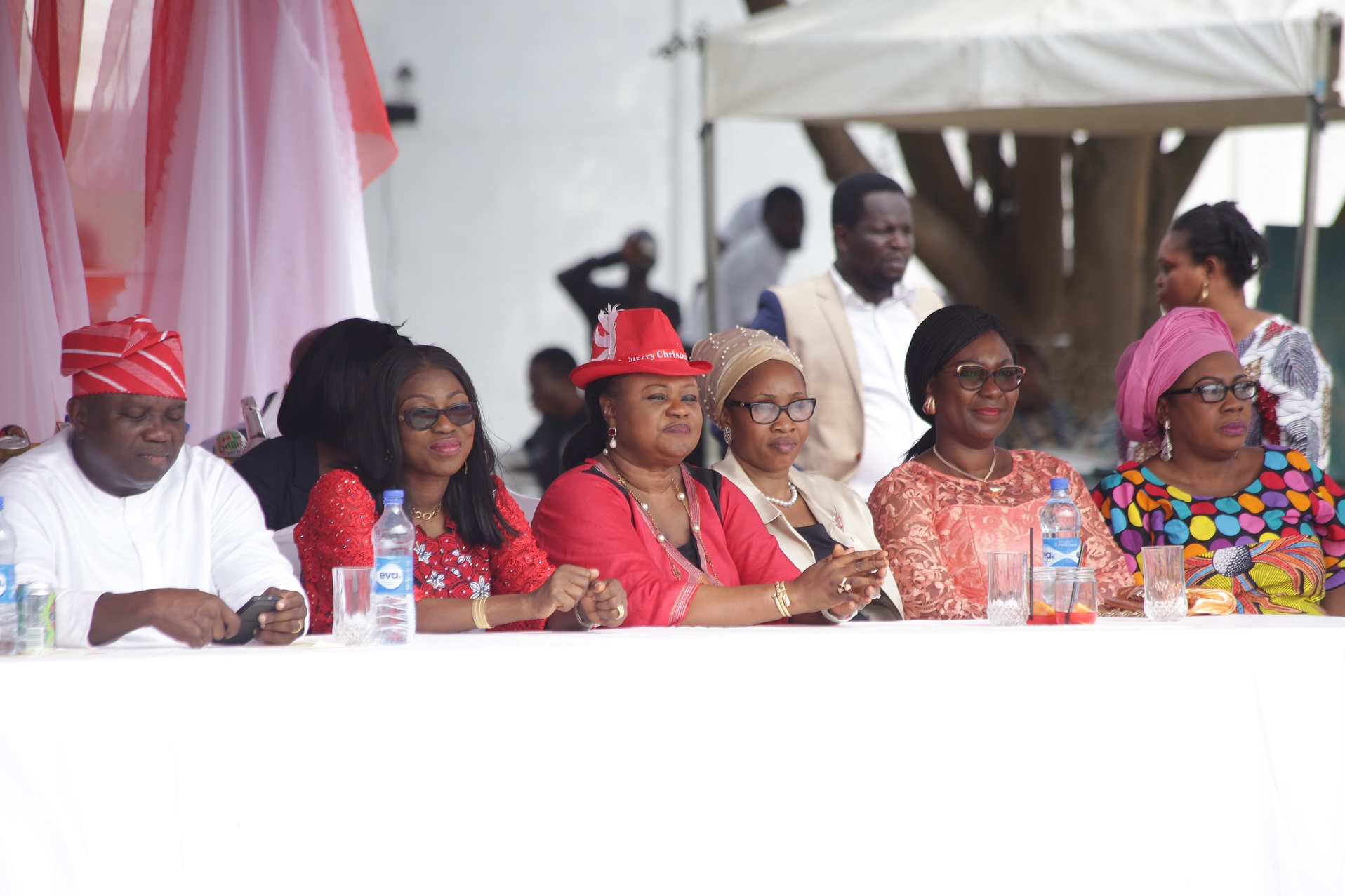 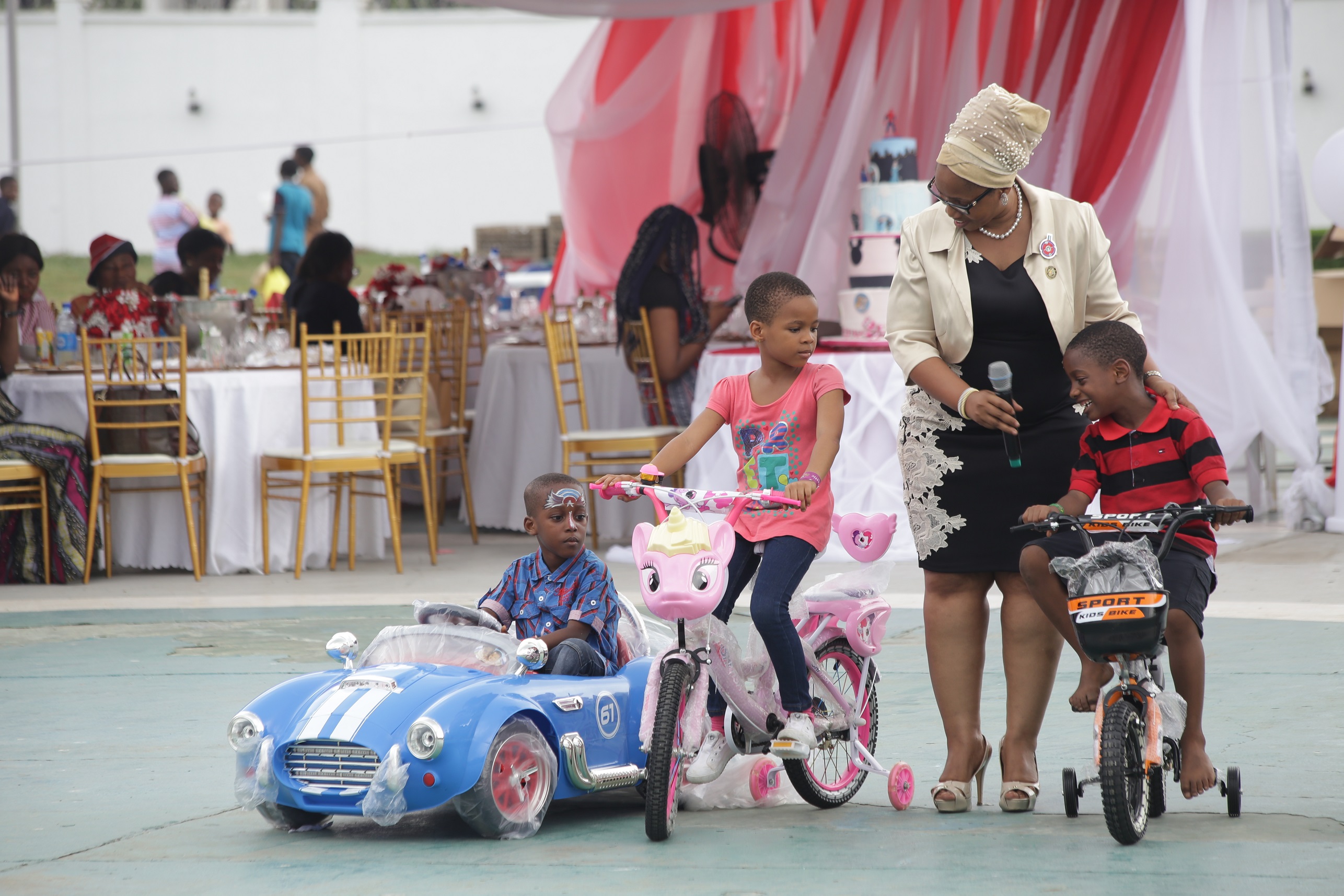 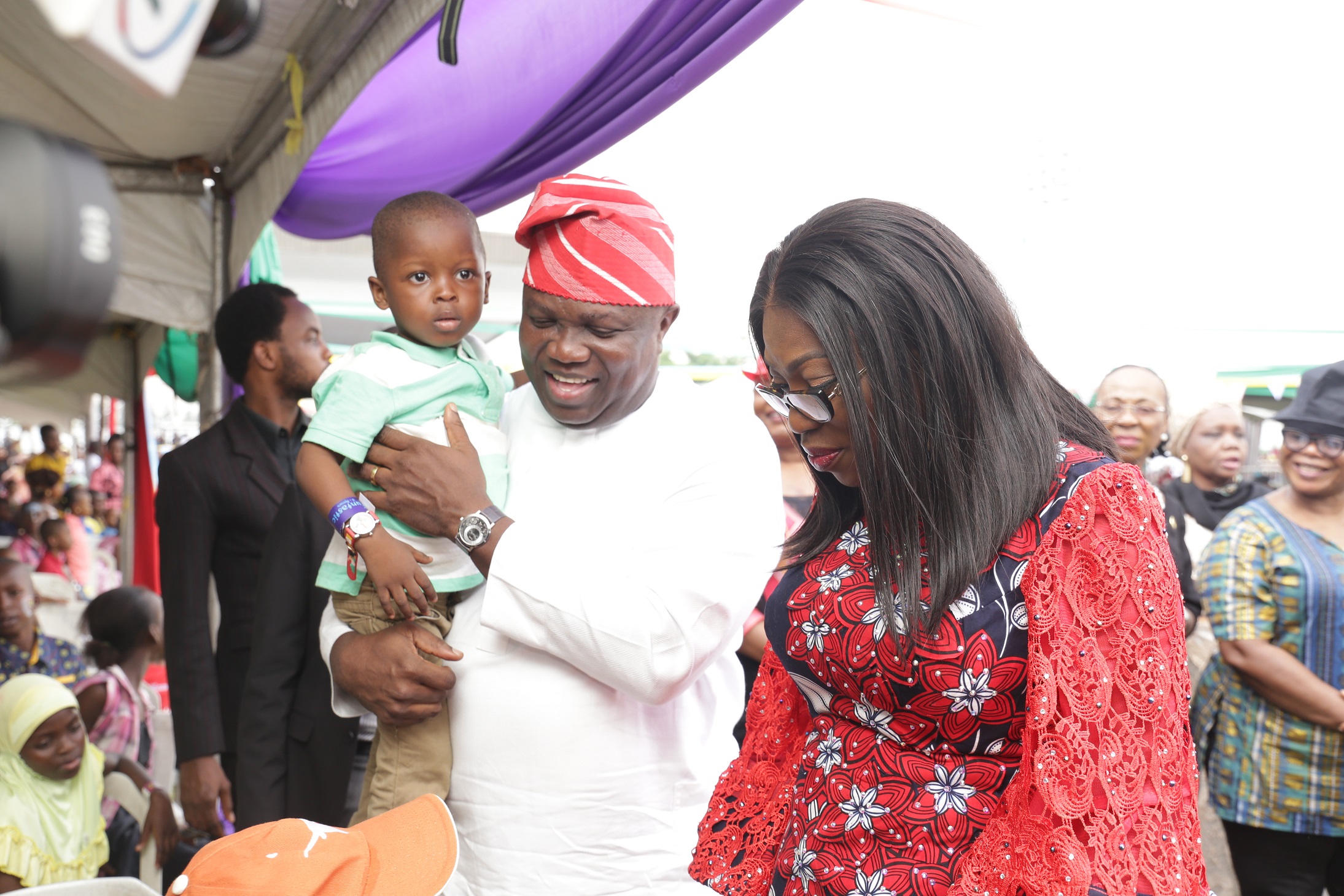 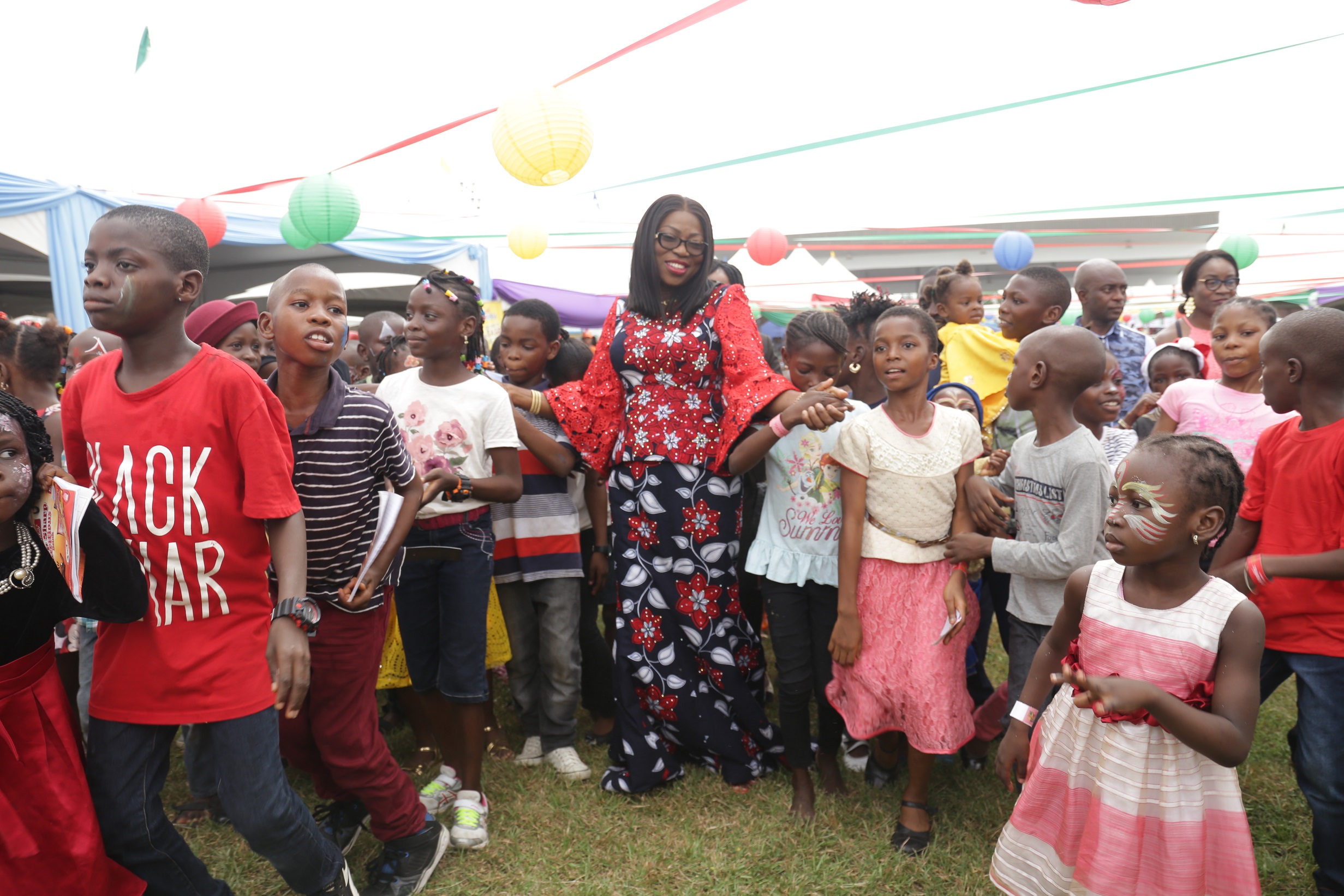 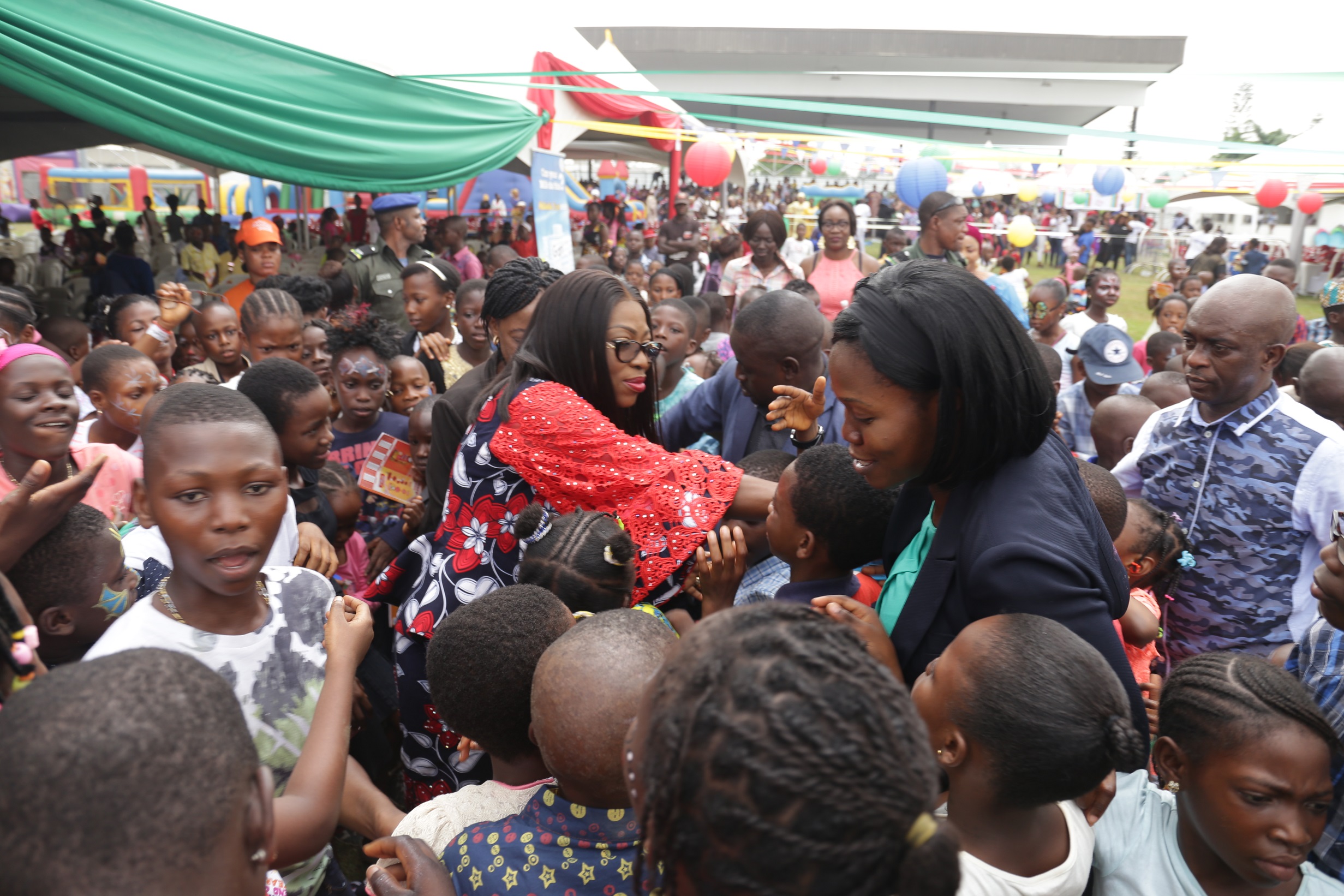 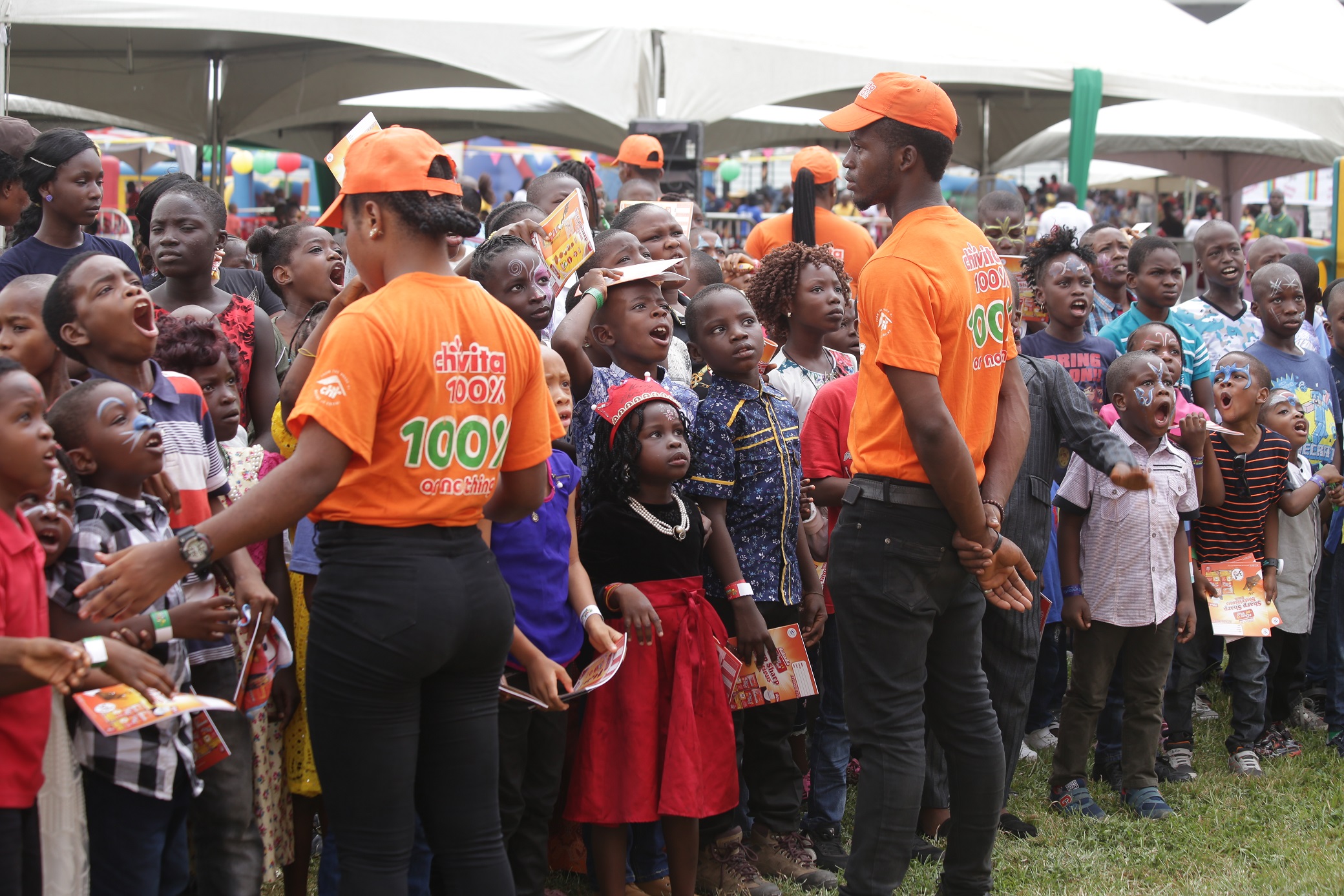 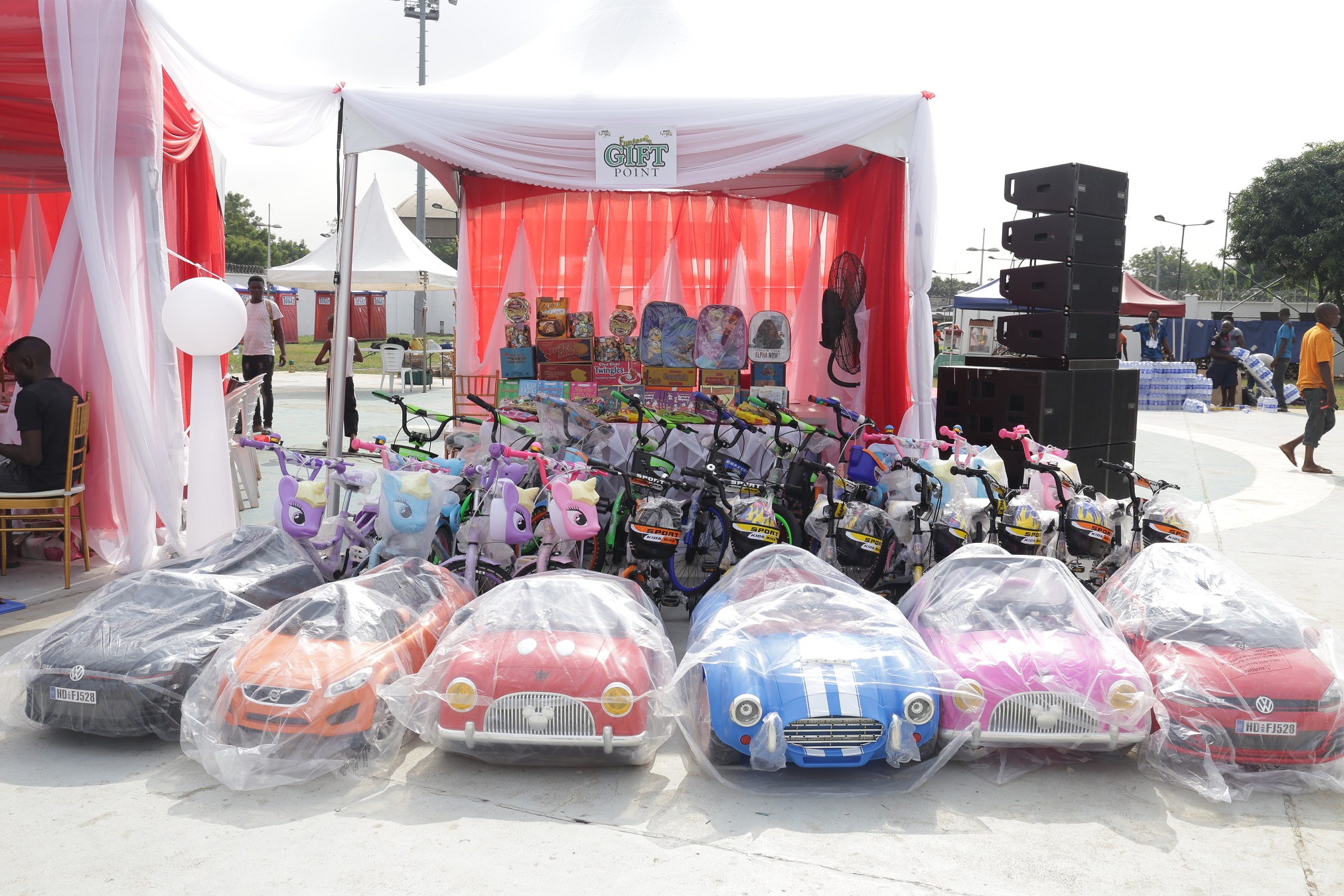 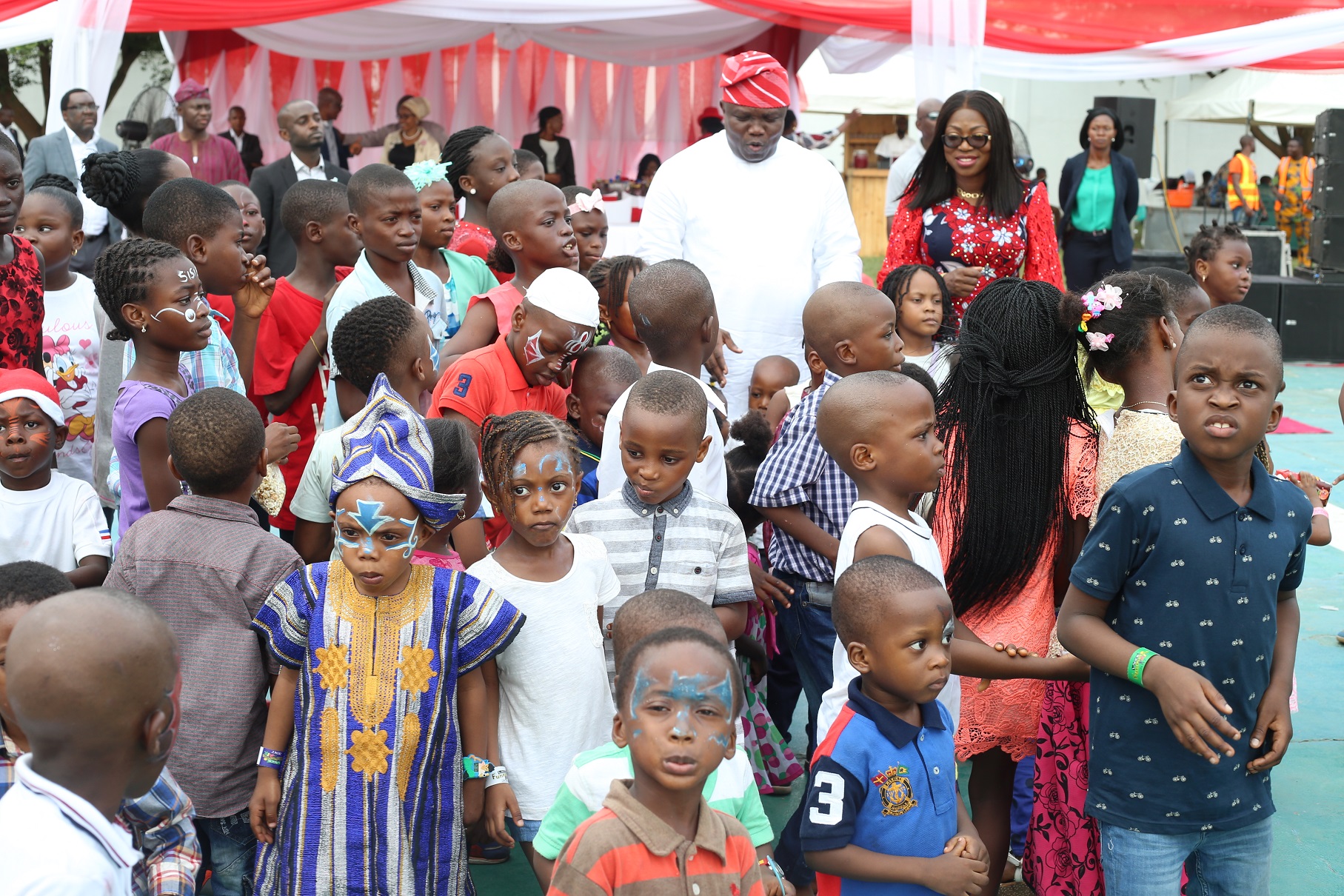 The Governor also enjoined the children to be good children by always listening to mummy and daddy.

“We are recommending going forward into next year, higher standard which are applicable globally for each of this things” he said, adding that the items would always be needed for ceremonies, sports and festivals. He assured the children that more gifts will be made available for them as he added 100 more bicycles to the ones initially provided.

In respect of what to look forward to in 2018, the Governor said Lagos State Government would continue to do more, improve service delivery and remain alive as it has done with her responsibilities by continuing to keep hope alive for the children and their parents.

“Our work never stops, our workforce is committed and every time we reach a destination, we set a new destination for ourselves because in service delivery and in a quest to the best that we can be, there will be no finished line on the job”, he said.

The children had a swell time, playing several games and engaging in various competitions within their respective age ranges.

Some of the games includes dancing completion, filling empty pet cans, recitation of national anthem, recitation of states and capitals, dexterity in tying of Gele and lots more

He wished all the children and their parents a peaceful and wonderful Christmas and a Happy New Year. He also prayed that the young children would be greater than their parents.

The end of year party was attended by members of the Committee of Wives of Lagos State Officials (COWLSO) and thousands of children from across the State.

How To Argue With Your Partner Constructively