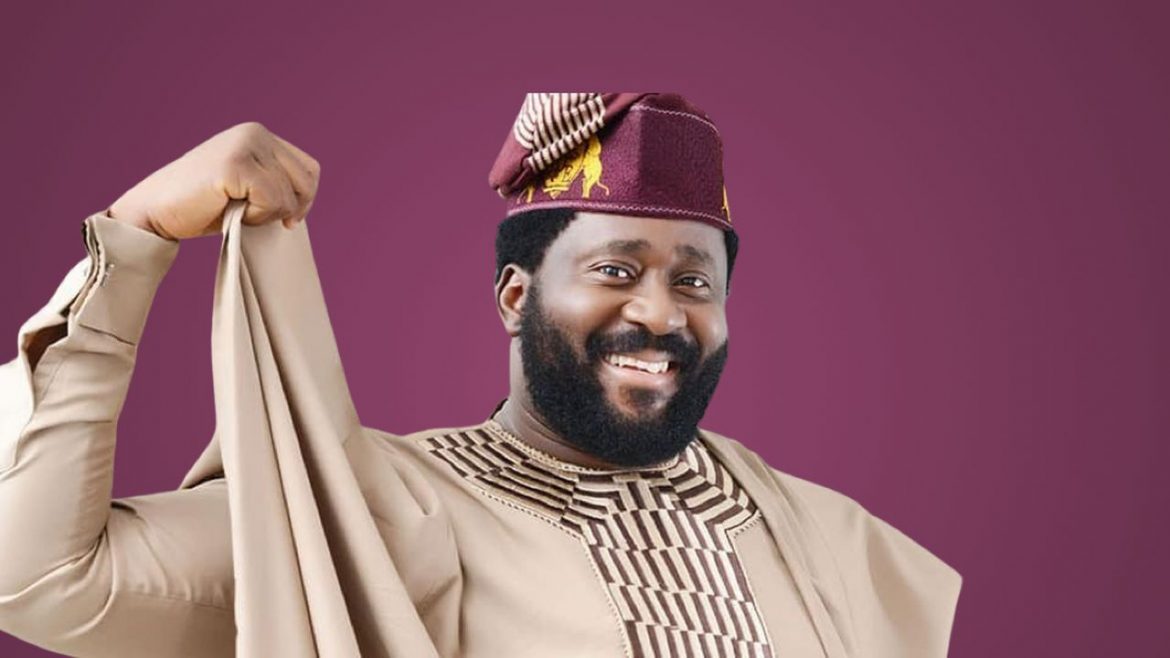 Penultimate week, the Lawmaker representing Surulere constituency 1, Hon. Desmond Elliot held a free medical and Surgical Outreach program for members of his constituents. It was the second edition of the program. There was a huge turnout of people who came to seek free medical attention for their various ailments. Everyone was there. Women, men, from the young to the middle-aged and the elderly, including the weak and the sick, every one of them came to benefit from the free medical program.

The project, an initiative of the hardworking and compassion driven Hon. Desmond Elliot, was created to cater basically to the medical needs of the less privileged in the community who cannot, at this time, afford to walk into a hospital and pay for the medical services they require. The doctors carried out a handful of surgeries such as fibroid surgery, lump excision, eye surgery, etc, and also treated patients with less complicated ailments. The ever-resilient Lawmaker worked in conjunction with the Association of Resident doctors’ LUTH chapter who offered their professional services pro bono. They were not paid a dime but Hon. Desmond Elliot picked up the pre and post-operation services which run into several millions of naira with the help of supportive individuals and organizations. And according to the actor turned Legislator who has earned for himself lots of respect from his constituents on account of his high sense of integrity, “all support funds were paid into the account of the Resident Doctors Association for accountability and transparency.”

This did not come as a surprise to those who know Hon. Desmond Olusola Elliot closely, he has always been a stickler for transparency and accountability. He detests it when anything that will smear his name is hovering around him, so he doesn’t let it happen at all. And clearly, from the look on the faces of the doctors and judging by the passion with which they offered their services to the people, it was evident they were completely satisfied with the efforts of Desmond Elliot. He made their job as fulfilling as he possibly could. City People’s Senior Editor, WALE LAWAL (08037209290) was at the program from start to finish. Here is a comprehensive report of how things went down at the event.

As early as 10 am, the Love Garden field, venue of the free medical program was already packed full. City People learnt that residents of the community had started arriving from as early as 6.30 in the morning just to get there early enough to pick their tag numbers and hopefully be among the first set of patients that would be attended to. This simply showed that the efficient Hon. Desmond Elliot was spot on in his vision to come up with a program like this. Indeed, thousands of people within the constituency really were in dire need of one medical need or the other but couldn’t afford to get one themselves because health care services no longer cheap in this part of the world. It was a miracle for them and a huge relief that Hon. Desmond Elliot came up with this program and it’s actually the second edition.

One of those who arrived early at the venue was the man behind it all, Hon. Desmond Elliot. City People learnt he had been at the venue before 9 am, eager to ensure everything was in place and ready for the business of the day. What probably struck many as interesting was the casual manner Desmond Elliot dressed for the program. The often nicely dressed dashing legislator wore a simple white T-shirt on a pair of Jean trouser. For him, this was not the time to come looking spectacularly dressed. He made it very clear for all to see he had come to work and work he did. Right there under the scorching sun, he was everywhere, moving from one end of the ground to another, all in a bid to see that there were no hitches hindering the smooth flow of the program.

PROGRAM KICKED OFF WITH ARRANGEMENT OF VARIOUS GROUPS

This is perhaps the hardest part of the event. There were well over a thousand people who had various medical needs waiting to be attended to. And as you would expect, everyone wanted to be attended to as quickly as possible before others. There were hundreds of others who simply had no idea which section or group of patients they belonged to. Sorting them out and ensuring everyone was properly allocated to the group they belonged was no easy task as some of the patients were also doing their utmost to slot themselves into positions they thought would enable them be attended to well ahead of others. This caused quite an uproar among the crowd because no one was willing to be shoved aside.

THUMBS UP FOR MRS AKINTUNDE IBIRONKE

She is the smart, experienced and energetic lady who anchored the program. And if truth be told, it was not an easy task handling the multitude of people she had to handle and seeing to it that they were well coordinated. Only those who were present at the program will appreciate Mrs. Akintunde Ibironke’s effort. It is expected to find in a massive gathering of such diverse people, a few extremely difficult individuals who would insist they wanted things to go their way. But this very sharp and eloquent woman was up to the task. She knew exactly when to be playful and when to be firm with the crowd. And in no time, they all got to understand her personality. They knew that once she changed the tone of her voice from playful to dead serious and says to you, ‘please, go back to your seat I have not called you,’ she meant every word of it. And in the end, she had everything and everyone all sorted out. Not one single person felt dissatisfied with her methods and arrangement. Mrs. Akintunde Ibironke is the state health promotion officer, Lagos Ministry of Health.

He was everywhere. Once you stepped into the venue, you did not have to start searching for Honourable Desmond Elliot, all you needed to do was look around you right where you stand and you were certain to spot him. He was determined to make sure not one single person was left unattended to. And he had his work well cut out for him. There were over a thousand people at the program who had come out to seek medical help and benefit from the program, while others simply came to support and appreciate the man they have all grown to respect as a person and as their representative at the Lagos state House of Assembly. And he reciprocated their love. He gave back to them just as much love and affection that he got from them. Hon. Desmond Elliot mingled with the crowd freely and personally attended to many of the patients waiting to see the doctors. He was particularly patient with the elderly and showed them such profound love that had many nodding their heads in obvious appreciation of his love for the weak and aged. He would hold their hands, hug them and lead them to their seats. It must be said that there were a handful of young pretty looking ladies who were hoping to get the attention of the dashing lawmaker and accomplished actor, but he barely noticed them. His eyes and focus were strictly on the weak and aged.

Ever humble Hon. Desmond Elliot is fast becoming one of the political personalities to reckon with in Lagos. He attracted two of the biggest political power houses in the land to his program as Special Guests of Honour. First to make a tumultuous appearance was the Speaker, Lagos state House of Assembly, Rt. Hon. Mudashiru Obasa. He came in with his entourage and immediately changed the entire atmosphere of the program. Everyone, including those receiving medical attention from the doctors, struggled to get a good view of the number three man in Lagos. The second and arguably the bigger power house of the two, is the Speaker of the federal House of Representatives, Rt. Hon. Femi Gbajabiamila. He came in shortly after the Speaker left the Love Garden arena venue of the program in Gbaja, Surulere, and the cheers and noise that greeted his arrival was deafening. It was expected. He is not just son of the soil, he is the landlord of the community and he had come to say hello to his people.

It is very obvious these two political juggernauts love and support Desmond Elliot. It is no mean feat to get any of these two to attend your program. They both spoke so highly of him. Rt. Hon. Mudashiru Obasa particularly asked the people of Surulere to continue to support their own and ensure that Hon. Desmond Elliot remains their Lawmaker if they want a continuity of the dividends of democracy that he has been providing for them over the years.

FANTASTIC DOCTORS/NURSES ALL ROUND

Everyone was impressed with the doctors and nurses. Everybody had something nice to say about them. It was difficult to tell which pleased the people the most, whether it was the efficiency with which they did their job or the friendly manner with which they related with their patients. Everyone loved them. It was so befitting that at the tail end of the program, each of the doctors was presented with a Recognition Award for their selfless service to the community.

CREDIT TO THE WELL BEHAVED CROWD

Give it to the people of Surulere, they were a bunch of well behaved people. There was no single case of quarrelling or fighting amongst the people. They all followed the instructions and directions of Mrs. Akintunde Ibironke, the anchor person. Usually, you could rarely see a large gathering of women like they had at the program and not have a little bit of squabbles here and there. But not this one. Everyone conducted themselves properly.

Why Oba AROMOLARAN & AREGBESOLA Are Not In Good Terms