Why Oba AROMOLARAN & AREGBESOLA Are Not In Good Terms 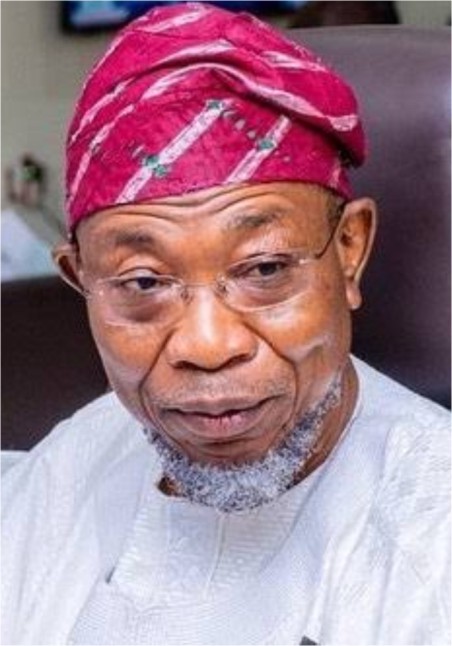 It is becoming obvious that all is not well between the former governor of Osun State, Ogbeni Rauf Aregbesola and the Owa Obokun Adimula of Ijesaland, Oba Gabriel Adekunle Aromolaran. As a matter of fact, the recent past events have given credence to that notion. Just two weeks ago and a few days to Osun APC governorship primaries ahead of the July 16 election, the traditional ruler declared his total support for Governor Oyetola’s second term bid.

Oba Aromolaran, during the Governor’s consultation visit to the palace, said he made the declaration on behalf of traditional rulers, sons and daughters of Ijesaland. Saying that they are resolute to return him for a second term. “I profess to you that you are a new Governor. I know why I said it. I greet you warmly and welcome you into the palace of Owa Obokun Adimula of Ijesaland. Whoever I tell is a Governor will become Governor. This is a divine gift.

“This is not a place to talk long. The message has been passed already. We are going to pay you back. As far as Ijesaland is concerned, we don’t have any other person to vote for except you. Thousands of aspirants may come out to contest, but you are our anointed candidate, and we are ready to vote massively for you.”

“Your good works have spoken for you. I commend you for your modest achievements and I am confident that God will reward you. We have seen all you are doing to transform the State. You are doing excellently well. “Please continue to maintain peace. We don’t want anything that would truncate the relative peace and the peaceful atmosphere in the State. We have warned our children and they are ready to continue to live in peace.

“Our support includes peace. We have told our children not to foment trouble. You are doing well to maintain peace.“I pledge on behalf of the Ijesa traditional rulers, sons and daughters that we are resolute to support you and continue to give your administration topmost cooperation and vote for you massively in order to make sure that you are returned elected.

“You will be returned. Whoever doesn’t want can go and hit his head on the floor. We don’t care. We believe strongly that you will win and across the State. I am in full control of Ijesaland and whatever I say is binding on every Ijesa son and daughter as the paramount ruler.

“Please put your mind at rest. We are for you. I know you are for us too, you are our own and nothing can change it. We are very glad that you know our requests”, Oba Aromolaran said.

This Owa’s declaration has not but left many in utter shock. They expected the traditional ruler to have supported the Interior Minister, Ogbeni Rauf Aregbesola who is an Ijesa man and not on good terms with Governor Oyetola or at least be diplomatic in his speech. But rather than beating about the bush, the monarch’s message was so strong and clear enough for all to decipher.

What many people may not know, however, is that the differences between Owa and Aregbesola didn’t just start yesterday. It has been for a while, according to what we gathered. The animosity, City People also gathered, is unconnected with Aregbesola’s failure to fulfil his many promises to Oba Aromolaran. After the latter had given his full support to Aregbesola before, during and after the 2007 gubernatorial election, as well his prolonged legal battle to reclaim his mandate in 2010. Owa is said to have taken Aregbesola’s political battle personally at that time. So when he, Aregbesola was eventually declared governor, the monarch breathed a sigh of relief. He was happy that his subject and an Ijesa man became governor.

Though there was another report that Owa had approached Aregbesola in the build to his second term election to be considered for some slots. The Monarch was said to have requested to nominate his wife and two others for appointments. That it was when this request was tactically turned down by Aregbesola that the problem started between the two.

But on the contrary, a source who doesn’t want his name mentioned in the print told City People that the main cause of the issue between Owa and Aregbesola was as a result of the latter’s inability to fulfil his promises to the traditional ruler. Part of which he said was a renovation of Owa’s palace to a modern one, upgrading of Osun State College of Education, Ilesa to the status of a University amongst others.

It was also reliably gathered that Owa, who suffered some kind of retribution, neglect and humiliation under the past administration before 2010, expected more from Aregbesola as an Ijesa man. It was also in-between the crisis that Owa’s palace mysteriously caught fire in 2007. Before 2010 and under Ex-Governor Olagunsoye Oyinlola, was said to have been somehow relegated to the background.

According to a source, Owa was never invited for state functions nor accorded him the royal respect he deserves at that time. Rather, the late Aloko of Iloko-Ijesa, Oba Oladele Olasore, which on a normal day should be under Owa as the paramount ruler of Ijesaand, was placed above Owa. In fact, some traditional chiefs were said to have been upgraded to full-fledge Obas without Owa’s consent. As if the embarrassment was not enough, salaries of traditional rulers that were used to be paid through Owa as the paramount ruler of Ijesa and were stopped.

The major offence that Owa was said to have committed against Oyinlola then was how the monarch accorded Aregbesola, alongside other eminent personalities, a grand entry to witness the 2008 Iwude Festival. So when Aregbesola came in as governor in 2010, some of these policies were expected to be reverted as compensation for Owa’s support.

But as it is now, most of these promises seemed unfulfilled and expectations dashed, hence the Owa Owa Obokun Adimula of Ijesaland, Oba Gabriel Adekunle Aromolaran has since withdrawn his support for Aregbesola.

Why Oba AROMOLARAN & AREGBESOLA Are Not In Good Terms was last modified: March 1st, 2022 by City People

Why The PDP Can’t Beat The APC In LAGOS – Rt. Hon. FEMI GBAJABIAMILA