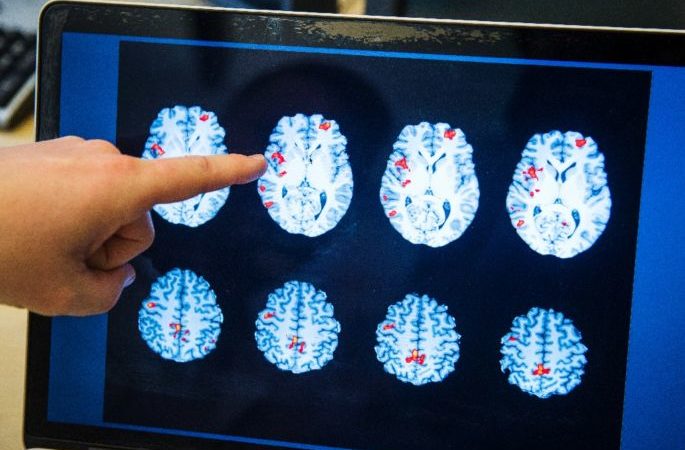 In a study published in the journal Cerebral Cortex, researchers showed that regions of the brain that recognize faces have a unique cellular makeup.AFP/Jonathan Nackstrand

The part of the human brain that is involved in face recognition keeps developing into adulthood, a pair of new studies found, surprising scientists who thought brain tissue growth stopped in early childhood.

Researchers led by Kalanit Grill-Spector, a psychology professor at Stanford University, examined the brains of children and adults using a new type of imaging technique, focusing on an area of the cerebral cortex that plays a key role in face recognition.

In a study published in Cerebral Cortex, the researchers showed that regions of the brain that recognize faces have a unique cellular makeup.

In a separate study published in Science, they explained how they found microscopic structures within that region that change as children grow into adulthood.

The growth in tissue mirrored changes in a person’s ability to distinguish faces, which would explain why adults are better than children in telling faces apart.

The studies overturn a central notion in neuroscience — that people are born with excess neural connections that then pare back in early childhood when they stabilise.

“We actually saw that tissue is proliferating,” said Jesse Gomez, a graduate student in the Grill-Spector lab who was the lead author of the Science paper. “Many people assume a pessimistic view of brain tissue: that tissue is lost slowly as you get older. We saw the opposite — that whatever is left after pruning in infancy can be used to grow.”

The researchers determined that the adults had proportionally 12.6 percent more cerebral matter in the fusiform gyrus, the part of the brain that contains face-processing regions, than the children.

The fusiform gyrus is an anatomical structure unique to humans and great apes.

The scientists also looked at other areas of the brain involved in place recognition, but their size did not change with age.

Their observations have been corroborated by a team from the Julich Research Centre in Germany, which worked with brain tissues taken from cadavers from the same part of the cerebral cortex.