Home News I Don’t Know My Next Destination…
News 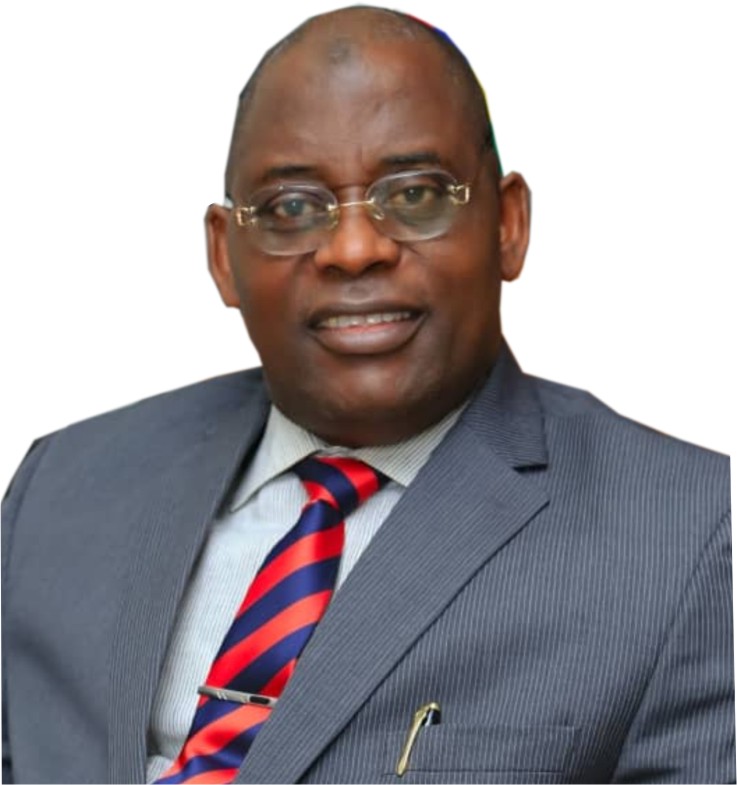 When the staggering news of the death of one of Lagos House of Assembly’s most outstanding lawmakers, Hon. Abdul Sobur Olawale, hit the airwaves last week Tuesday, it left everyone reeling in total shock. This is because no one saw his death coming.  He was not ill neither was he involved in an accident. Those who saw him moments before his death said he was hale and hearty. He was said to have slumped and died in Jos while attending APC’s presidential campaign. The late lawmaker represented Mushin constituency 2 and chaired the House Committee on local government and community relations.

The extremely humble legislator was loved by many. He was a man who dedicated his life to the betterment of the lives of his constituents. He loved Mushin and served the people of Mushin with his heart and soul.  Though he was not to return next year having failed to pick his party’s ticket to represent his constituency for a third consecutive term, he had served the people of Mushin constituency 2 for two solid terms (eight years) and he was extremely proud of his modest achievements. And his constituents too were clearly satisfied with his performance and they were always quick to tell anyone who cared to listen that they couldn’t have asked for a better legislator to represent them. Honourable Olawale Olayiwola, popularly called Omititi, was a fine gentleman. He was a rare breed politician. He would never promise you what he couldn’t give you. He would never raise your hopes and promise you heaven and earth just so he could get your vote or support. Omititi would only promise to deliver to you what he was sure was within his means. This was one of the reasons his people respected him and loved him dearly. He was also one of the most compassionate politicians you could possibly ever find. Omititi could literally give you his right arm if you needed it badly more than he did. This was why his residence was besieged by sympathizers, most of whom were weeping bitterly ads they struggled to come to terms with the painful demise of their illustrious son.

Hon. Olawale had been in active politics for over two decades and held various significant public offices including serving as Special Assistant to former Lagos State Governor, Asiwaju Bola Ahmed Tinubu on Transportation. The soft-spoken, easy going gentleman who enjoyed tremendous love and support from his constituents on account of his impressive performance, was also very actively involved in the Bola Tinubu presidential project. He loved Asiwaju with all his heart. Everyone who knew him knew how m much he loved his national leader and mentor. It was such an irony of life that he died in far away Jos, Plateau, after attending the political campaign of Asiwaju held in Jos on Tuesday, November 15th, 2022.

He was also a friend of the media. He specially loved City People because the publication supported him right from his very first year in office. It is a fact that no publication covered the late Lawmaker like City People. Whenever he recorded great strides in his political career, we were there with him every step of the way. Even when he was installed the Seriki Bobagunwa of Egba land by HRM Oba (Dr) Adedotun Aremo Gbadebo, the Alake of Egbaland (CFR), last year October, City People was there to cover the event for him. Same thing when he gave his beloved mother-in-law a befitting burial. City People would’ve been there for him next month December for his daughter’s wedding. Sadly, City People was also one of the last few people to communicate with the accomplished politician hours before his shocking death.

We had been talking to him to agree to do an interview centered around the chances of his mentor, the APC national leader, Asiwaju Bola Ahmed Tinubu. When we reached him via Whatsapp last Monday, November 14, at about 7.29pm, to schedule an appointment, his reply was, “I am on presidential train, Jos tomorrow. Next destination, I don’t know.” It was indeed an irony of life that, he turned out that he truly didn’t know his next and as it turned out, final destination. And, if by any chance he knew, he certainly had no control over it. Little did he or us know that he was actually going to embark on his final journey to a place where he would not be seen nor spoken to ever again. Indeed, he didn’t know his next destination, but sadly, now we do.

The Lagos state governor, Mr. Babajide Sanwo-Olu and the Speaker of the Lagos State House of Assembly, Rt. Hon. Mudashiru Obasa, led other dignitaries to the Ikoyi cemetery, his final resting place, where his wife and children, family members and everyone present bade him farewell. May his gentle soul find eternal rest in the bosom of his creator.

I Don’t Know My Next Destination… was last modified: November 22nd, 2022 by Wale Lawal

How My Husband Swept Me Off My Feet

The Other Side Of OMONI OBOLI Many Don’t Know