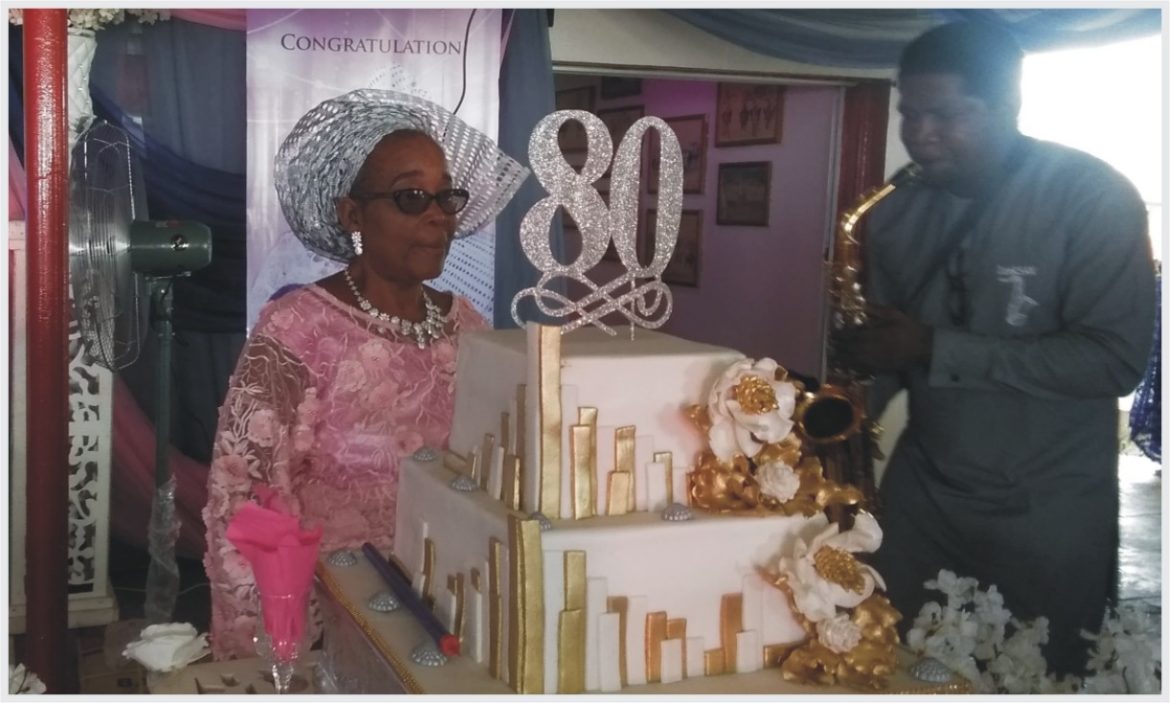 On Sunday 26 May, 2019, prominent Ibadan businessman who is also the President of the prestigious Ibadan Polo Club, Femi Akerele hosted the high society celebrities to what could best be described as ‘superlative’ birthday bash. It was a 2-in-1 party, it was his mum’s 80th birthday and his wife’s 45th birthday. Many were looking forward to an elaborate event. Why not. At least it was meant to be a mega celebration and Femi and his siblings are more than capable of throwing a mega party. Those who witnessed their mother’s 70th birthday party at Jogor Centre 10 years ago can testify to a kind king-like reception and entertainment, and treatment they got. It was huge and the memory is still very fresh 10 years after, but for private reasons, the family has decided to make this her 80th birthday a low key.

The party was however small but ‘superb’; the decoration, colour theme, music and service were all on point. Apart from the fact that pavilion of the Polo in, venue of the party was transformed with the colourful decoration with Blue, Pink and White background, it was a buffet affairs. All kinds of dishes, both local and continental, were made available. There were also finger foods, fish and chicken barbecue, Asun and fish pepper soup. Not to talk of drinks; there were free flow of choice drinks include assorted wines, champagnes and different grades of Hennessy. As small as the party was, Femi Akerele made everything was made available for his guests all through and they party till the very late hours of the day. As an Ibadan based high life sensation K Sax and D.J Wazy held them spellbound, dishing out interesting songs intermittently, all through. All these, however, were not surprising to those who know what Femi Akerele represents in Ibadan social circle; He is an excellent host, rich, handsome and calm.

In their remarks in the course of the party, some of the celebrant’s associates/family members extolled the good virtues of both women, especially Femi’s mum, Mrs Mary Olayemi Akerele who was described as a good Christian and a strong mother. According to a family member, “Mama’s endurance and prayers has impacted greatly on the lives of her children in a positive way. She is an ever smiling, loving, kind, but highly disciplined woman. That has been her life since her days as a Matron at Theresa College”. The second celebrant, Mrs. Jumoke Akerele was celebrated too.

Aside from the ceremony, Femi Akerele and his siblings crowned it all by presenting a brand new Toyota Camry car to their mum as Birthday gift. It was a joyful moment to behold as Mama rode in her car in the presence of all guests. That was the high point of the party, aside the entertainment, cutting of the two birthday cakes and the grandchildren’s dance with Mama 80.