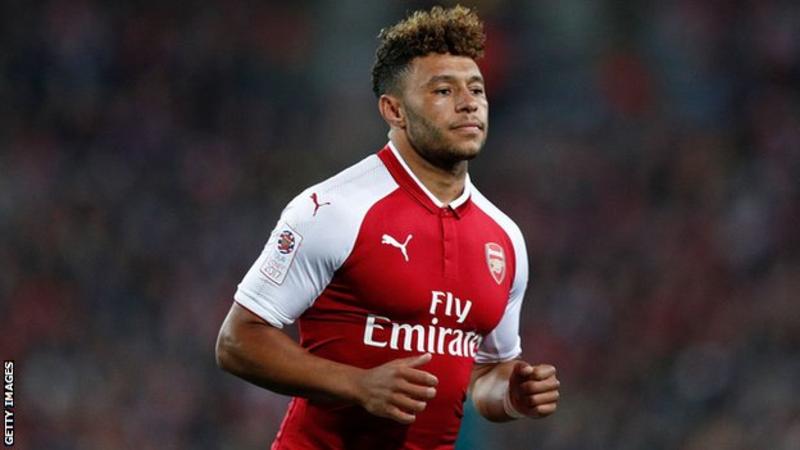 Liverpool manager Jurgen Klopp has said that new signing, Alex Oxlade-Chamberlain migrated from one great club to another.
In his words, Klopp expressed that:

“I am really, really happy we have got Alex signed,” he told Liverpool’s website. “Since the last game I have been waiting and hoping we could make this transfer – and when I got the news he was ours it was fantastic.

“I remember the first time I saw him play live – it was at Dortmund in 2014 and he came on as a sub that day and made a big impact. He stood out immediately because of his pace and skills and his attitude in such a big game for a young player.”
“I hear a lot of talk about positions but let’s talk about the player; he is someone with really good abilities who always gives everything for his team,” said the Reds boss. “A player that is positive and willing to take risks to try and make positive things happen.
“He may still be young but he has a lot of experience in the Premier League, Champions League and for his country. Already he is a very, very good player and I think he has the mentality and desire to get even better – and that excites me.
“This is someone making a tough decision to leave one great club and come to another great club and I think he had many options, so to get him means I am delighted.”

Oxlade-Chamberlain on his move to Liverpool said:

“I’m currently away with England, so I’m at St George’s Park. Firstly, I’m delighted to have signed for Liverpool and a big thank-you to everyone here at the FA that has made this possible, using the facilities. It has been a massive help.

“I’m not going to say too much today; I’m here with England and we’ve got two big games coming up, so I want to focus on them.”

The arrival of Alex Oxlade-Chamberlain could well signal the end of Liverpool’s transfer business in terms of in-comings today (although you never know) – unlikely that Virgil Van Dijk will be moving to Anfield this time, so Jurgen Klopp has added Mo Salah, Dominic Solanke, Andy Robertson, Alex Oxlade-Chamberlain, and don’t forget Naby Keita for next season.
He’s clearly happy with his goalkeepers, and his centre backs although Van Dijk would have been a welcome addition. In terms of outgoings – could be some movement with Mamadou Sakho linked with Crystal Palace and West Brom – the futures of Lazar Markovic and Divock Origi the subject of speculation – so could be much going on at Anfield before 11pm.

Jurgen Klopp on signing Alex Oxlade-Chamberlain – From One Great Club To Another was last modified: August 31st, 2017 by Damilare Salami