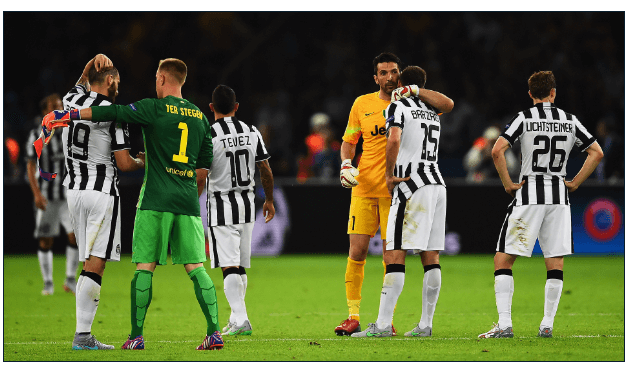 Italian living legend Alessandro Del Piero believes that the club is not cursed and can put their last four final defeats behind them to lift the Champions League.

Juve last won the competition in 1996, but since then have lost in each of the four Champions League finals they appeared in.

Del Piero started in that win over Ajax but tasted defeat the following two years in the final as well as in 2003 against rivals AC Milan.

Juventus reached the final again in 2015 but lost to Barcelona in Berlin with Luis Enrique’s side recording a 3-1 victory.

Despite the disappointment of four successive final defeats, Del Piero does not believe that there is a curse on the club, claiming they can put things right against Real Madrid this year.

“Curses don’t exist for players, not for anyone who will go onto that pitch,” Del Piero told Gazzetta Dello Sport.

“In Berlin, all of us were coming off disappointments, finals lost on penalties or in the last minute, but no-one thought about that. You just think about winning, that it’s your time. And I really hope it will be.”

Barcelona’s 2015 side outclassed Juventus in the final as two extremely impressive teams lined out at the Olympiastadion. Many of that Juventus side have since moved on, but Del Piero thinks the latest crop of Bianconeri are just as good as their predecessors.

“In my opinion, they aren’t more or less strong. That Juventus had a midfield on Barcelona’s level which spoke for itself: [Andrea] Pirlo, [Arturo] Vidal, [Claudio] Marchisio, [Paul] Pogba,” the 42-year-old said.

“The point is the level of maturity, how aware they are of their strength and how they can use it on the pitch. I think today Juve are more mature and more aware. They play a very ‘European’ game, a way of being on the pitch which every player feels is his. In short, they believe.

“As for Real, I don’t think they’re inferior to that Barcelona, they’re a very strong team and for that reason, it will be hard.”

Despite many of the 2015 finalists moving on, Juventus have retained some of their more experienced players, and Del Piero believes this will stand to them in the final.

Goalkeeper Gianluigi Buffon will captain the side in Cardiff, having guided Juventus to a sixth successive Serie A title. Juventus also won the Coppa Italia this season and are on course for a famous treble. Only Real Madrid stand in their way, but Del Piero has reasons to believe Juventus can make history.

“Here are the three reasons. They were in Serie B, they have to complete the work. For Juve, for all the fans, for all of us who were there then. For me, it has a sense of everything or almost everything.

“You can’t make comparisons between different eras, not in a team which has always had legendary champions. But what’s certain is that if Juve win this trophy after the six Scudetti, they’ll have done something legendary and rewritten the history of the club.

“Maybe the main merit of everyone is that they’ve always believed firmly and without a doubt in being Juve, in the DNA of this team and this club, in the fact that even in difficult moments Juve was always Juve and would get back there. And that’s what happened.”

5 Side Effects Of Vaginal Tightening Creams And Their Alternatives