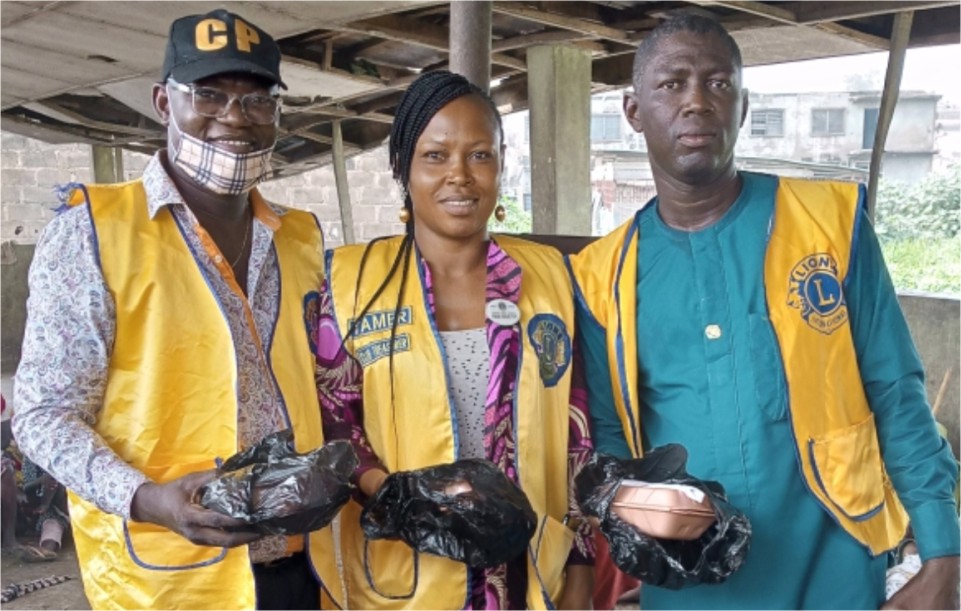 Presidents of three different Clubs under Zone 11A Clubs of Lion District 404B1 of the prestigious Lions Club in Abeokuta, Ogun State, led some of their respective members to the popular Lafenwa Market in the Rock City on Wednesday, 15th December 2021, to carry out a charity exercise tagged: “Feeding The Hungry”. The beggars’ population at the market were their target, and many of them benefited from the sharing of cooked food and soft drinks the clubs shared across their different sections.

The Presidents corroborated one another on the fact that carrying out charitable exercise is the foundation on which Lions Club is built as a Non-Governmental Organization (NGO). So, helping the needy is something they do on regular basis. For instance, in the month of November, they collaborated as members of the Lions Club from the same zone in Abeokuta to carry out free medical check-ups in terms of blood tests for members of the populace because they believe health is wealth.

And again, the articulate Presidents made it known to this magazine that the way they did the charity exercise in their own zone was the same way members of Lions Club in other zones in the state were doing it too. They are always giving support to Nigerians in their own special ways. So, according to the calendar they follow, they would also be doing more charitable exercises from January 2022.

The Secret Of My 22 Yrs Marriage To RONKE – TAMPAN National President, Mr LATIN