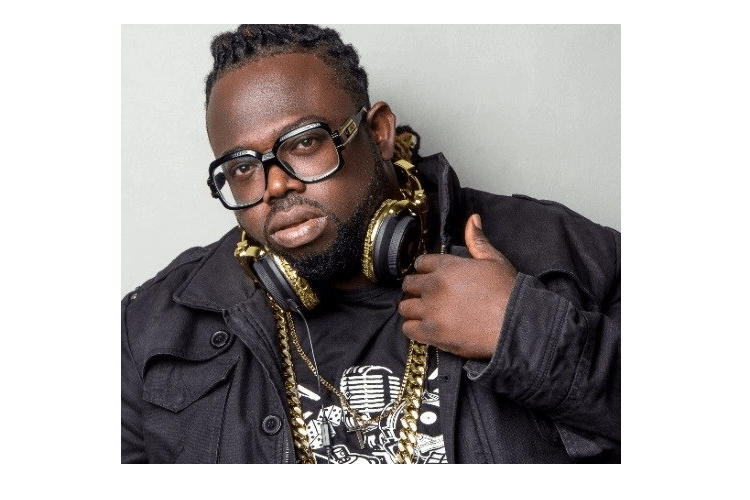 DJ Humility whose real name is Afagwu Benedict is one of the prominent Nigerian disc jockeys. He was born on October 31, 1979.

The talented DJ hails from Delta state and grew up in a Barrack. He is the first child in a family of six children.

The veteran, was once a bus conductor and a loda carrier before his story changed for good.

And now, he is a force to reckon with in the entertainment industry both in Nigeria and all over the African continent.

He started out as a hip hop music lover in the early 90’s before delving into Disc Jockeying.

He also has a record label, H-Records where he signed the hip hop duo “Sugar Boiz”.

DJ Humility who is known for churning out several mixtapes, has been recognised for his talent with numerous awards to his credit including; Best World DJ NEA (2008), FAB Magazine’s DJ of the year (2002) and so on.

A few weeks back, he was at the City People Music Awards, held at Sidewalk Lounge, Victoria Island, Lagos and he spoke to ISAAC ABIMBADE (08155107955), about his life as DJ and many other sundry issues. Below are excerpts.

What’s special about this award given to you by City People?

Come on, it’s City People. They are a household brand. They are just like old wine. I’m not saying other awards are not good but you know how you cherish old wines compared to the new ones. Thank you to Mr Seye.

Talking about your career, one can say that you’re one of the veterans In the industry, We noticed that you have not really been active like before, can you tell us about that sir?

Well, I’m still there, and I’m still holding it down like Buhari. I stopped working on the radio because I got tired of it. After working on the radio for 17years in Rythm FM, I needed to chill a bit. But a big shout out to Silverbird group and everyone there. We parted ways on good terms with no fights whatsoever and till today, we still do business. They call on me whenever there is something they can’t handle. You can’t always be there forever, you have to pave the way for the younger generation. You heard my name for a long time because I started so young. I was 15yrs old when I did my first Dj competition that was organised by Fame Magazine of then. It was a big thing that people got to know me. I was in secondary school back then when I started so that’s why you think I have been there forever. I’m not old, I’m still in my early 40s. I still do shows, gigs and annual events. I still travel around the world. I can proudly tell you that I’m the most travelled Dj in Nigeria. I travelled to about 4 countries even in the pandemic. I just came back from Turkey so I’m still holding it and doing my thing.

Talking about Veterans like Dj Jimmy Jatts and some other reputable DJs, where do you think you belong in terms of ranking?

I can’t be the one to rank myself but I’m just doing my own thing. I’m just there between the old and new generation. I’m bridging the gap between both generations.

How did your special love for being a Dj start?

It started when I was in secondary school, I used to be a rapper then, and my school gave me money to pay for a Dj to play at an event, but two days after paying the Dj, some Policemen came to arrest the Dj and he couldn’t leave the station. On the day of the event, people started shouting that Benedict has stolen their money oh, so I had to run to the father of the Dj and collected some of his equipment. So I took the equipment and speakers to my school with a tortoise car to my school and when I got there, I had to get another Dj to set up the equipment and then I started goofing around with it. That was how I started. And I discovered that it was my calling.

What year was this, sir?

Well, that was about 1994-1995 and I was just 15 years old then. DJ Larry B Fresh came to my rescue and Dj Straborella that did Efrebo song was the one that really taught me how to mix.

So how many Deejays have you groomed so far?

Well quite a lot. For example, Djs Kay1 Dj factor the official Dj of Dbanj and Hennessey and he is one of the biggest Dj of modern times, even Dj some was mentored by me. The list goes on and on. I can’t mention all of them.

Please tell us about your industry, when you started, was it like this?

Well, when we started, DJs were never respected or recognizes. They will ask us to set up our equipment under the staircase and bring out our speakers but now they want to see us. Now we have the endorsements, travel around the world, now we drive the best cars, we live a good life. But then, you don’t get to see us on the billboards or anywhere so you see the job is going well And that is why you see the children of Billionaires being a Dj. We see the likes of Dj Obi, Dj Cuppy of Femi Otedola. Dj Exclusive of the Alakija family and so more. If the jobs are not respected, rich kids would not be doing it. So I encourage you to support anyone around you that wants to be a Dj. Making people dance is the new deal.

Can you tell us about your background and growing up?

Well, I was born and brought up in the police barracks. My Dad was a police officer before soldiers killed him in 2005 and that was during the police and soldiers fracas in Area C in Ojuelegba. I was just a normal kid. I wasn’t born with a silver spoon neither was my family poor. I was just a regular kid that grew up loving music and taking up the Dj profession. Well, me growing up is a long story and it’s a story I don’t think we want to talk about. If I start now, I don’t think we would leave here. But I grew up in the barracks in Surulere to be precise. And my life is music, I have never done any other business apart from Music. My life is music and music is me. Thanks.

Many Don’t Know I Became A DJ By Accident – Popular D.J HUMILITY was last modified: December 23rd, 2020 by Isaac Abimbade