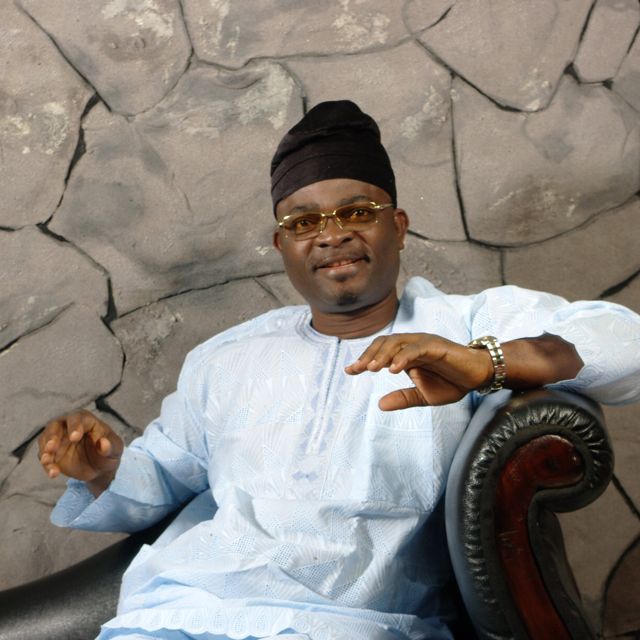 Now our party, APC,  is set to lift the ban on governorship gladiators as 2018 election is imminent. State of Osun has been essentially defined as politically different in nature and we have seen revelation of “hidden” ambitions of so many politicians.

Now, they are overhauling their structures and tactically positioning themselves for the race in earnest. Some of them are now using the coming poll to push forward their men, lieutenants and urgently building up machinery and recruiting foot soldiers, apparently in readiness to march to the field.

”Once you are in power, never forget those who put you there (electorate, party stalwarts) . Deal with those who think they can do better than you and those who think you are God’s representative on earth. Deal with one another, according to the rules of fairness” This, I guess many often forget so easily.

Without mincing words, Oshogbo and Ife cities have always wanted their sons or daughters  to be at the center – so in either of the parties, these two communities are always in the forefront of agitators, who would take over from the incumbent.

In any case, Ife would have been the target and the best for any of the political party’s permutation in the recognition of dictate of fairness and judgment. The capital city of Oshogbo, however, enjoys most patronage, enviable and good representation under each of the succeeding governments especially under the present administration that has given Osogbo a face lift befitting a state capital, Osogbo is the home of the present deputy governor of the state for the past seven years, while the senatorial zone has also produced the number 6 citizen of the federal Republic of Nigeria in the person of Rt Hon Lasun Yusuf, The deputy speaker of the House of Representatives.

Ordinarily, Ile Ife should now be the city to produce the next governor, but alas! The outgoing governor, who is just completing his eight years tenure, is from Ilesha in the same senatorial district with the cradle of Yoruba race. That alone could circumvent the claim of indigenes of Ife, The city, which undoubtedly contributes the bulk of the internally generated revenue and boasting the largest land mass and by extension the largest wealth of the state.

As expected, the city is seriously yearning to have its son or daughter in the state house. The people may, however, find that an herculean task, but definitely, it is not impossible if we are to be pragmatic with our submission.

The latest attack on the Attorney General of the state, who is an indigene of Oshogbo, came after the previous destruction of the same Eid prayer’s ground said to have been facilitated by an aspirant, who has indicated interest to govern the state.

He is qualified and if it is not for zoning, he is certainly a very  good hand to get the job. It is clear that the reactions arose  from hidden ambitions of some other indigenes of the Oroki kingdom, the serving Attorney General certainly deserves some honour at any gathering. Give an Ife person such exalted position, I am very sure he would be qualified to even sit next to the chief of imam of Ife.

Let someone, therefore, state ten reasons Dr. Basir Ajibola, Rt Hon Lasun Yusuf or Alh Gboyega Oyetola are not qualified to run the government? However, we could state 100 vital reasons why Senator Babajide Omoworare and many other gladiators from Ife are the most qualified to succeed the incumbent governor. The reverse was said to be the case in the show of love or ego for the Oshogbo-born Dr Ajibola Basir, his misdemeanour must be connected to his intention to offer himself to govern the State of Osun.

Osogbo, which happened to be his kingdom, has the highest number of registered voters as at now. This became so after adding Ife East local government to it. Regardless of this, I doubt if any Ife person could indicate interest for governorship slot and get booed by any indigene of the community in either of the parties. Not any more.

There are many people, who have ambition in Osun State and one may not even know if the man sitting next to you is secretly nursing an ambition, so the moderators and inspectors, dishing out orders may also be guilty of tacit ambition. This is probably what may divide the progressives camp the more if proper care is not taken.

At this moment, there are some people, who adhered strictly to the rules and regulations of party, but choose to remain underground and tactically understudying the progress and scenario to the admiration of some party loyalists. There are other people who jettisoned the instructions and going about making pronouncements and making movements and organising meetings and not waiting to be caught unaware.

Perhaps, there is no doubt in the spirit of fairness, as the pendulum may swing in the direction of Osun West Senatorial district in either of the parties. In that case, we may have to stop in the direction of the early entrance and this may be after we have all made enemies for ourselves as a party, based on political permutations and *”calculations of convenience”* though not fundamentally known to the law.

This explains why in the recent time, many of the gladiators are mostly from Osun West. We have seen those who started in earnest and we have noticed those whose ambitions are kept under wraps, but certainly as event is set to unfold, there would be many gladiators to heat up the polity very soon.

How I wish we can do away with zoning, but I have to be tactical in stating this, though I have always believed in zoning as an apostle of fairness. All the same, how I wish we think beyond zoning  for us to produce the best candidate and as a die hard lieutenant of Aregbesola; I know I am to ensue peace among all gladiators and compromising where necessary. If we all clamour for “Omo wa ni E je o se” politics, then all towns and villages are qualified. Let us thread with caution because technically it’s going to be an election between APC and APC.

Conclusively, Hidden Ambition is certainly DANGEROUS, Ask me hundreds of time I would tell you I am not going to overheat the polity over the governorship contest come 2018. I know about myself, but not about you. But hiding your ambition may ruin the good chance of our party and eventually destroy the good work of Ogbeni Rauf Aregbesola…..