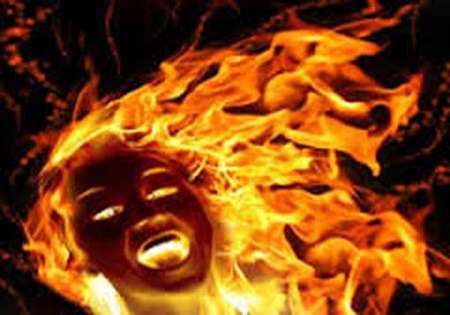 A pregnant mother alongside her three daughters has perished in a fire outbreak, which occurred at Redbrick Housing Estate in Damaturu, the Yobe State capital.

Six households in the storey building were said to have been affected in the midnight inferno.

The State Emergency Management Agency (SEMA) confirmed the incident on Wednesday while commiserating with families, friends and well-wishers on behalf of the Yobe State Government.

“It was with a heavy heart and deep sadness as fire gutted a storey building with 6 households in Redbrick Estate Damaturu that occurred at about 12:30 am Wednesday.

“A pregnant mother and her 3 daughters all died in the incident.

“We thank Yobe State Fire Service, Police Fire Service for responding to distress calls”, the agency in a statement stated.

As a time of filing in this report, the cause of the inferno remains unknown, but some residents of the area attributed it to an electrical fault.

Journalists gathered that those who sustained injuries during the fire outbreak are currently receiving medical attention at the State Specialists’ Hospital Damaturu.

The deceased have since been buried according to Islamic rites.

How Women Can Break Through In Real...