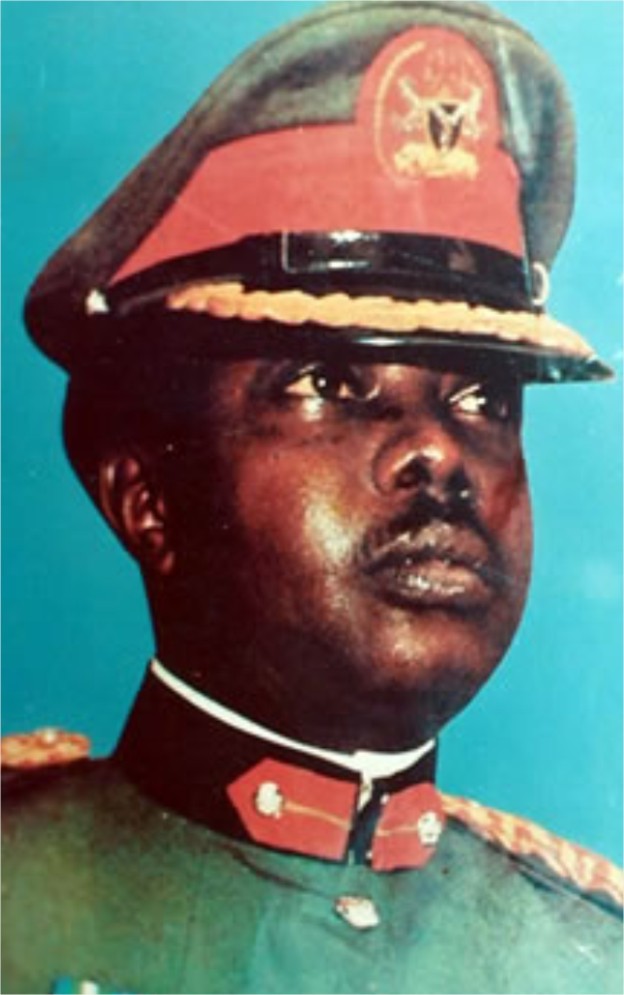 It was on Friday, the Muslims’ holy day. A day the faithful congregate in a special mosque to observe what they called a weekly special prayer or  Jumat service. The head of state, General Murtala Muhammed was on that Friday 13th  February 1976, driven out of Dodan Barracks, his official residence in Lagos.  He was headed for the office. Before Murtala left Dodan Barracks that morning, there was an unusual incident. A shocking development that left the mouths of the observers ajar.  To call it an unusual incident is to be mild and perhaps conservative, it was strange and bizarre in a military setting. As the head of state was about boarding his car, a soldier ran to him and grabbed him from behind, shouting “don’t  Dimka him”. Security details of the head of state were not only taken aback by what the soldier did but they were also embarrassed. What the soldier did was unacceptable in any military establishment not to talk of a setting, where the head of state, who happened to a soldier,  was about boarding his official car.

At the moment of the incident, the negative significance of what the soldier did not immediately register on the minds of the security details of the head of state because the soldier involved was regarded as a queer person of an unstable mind. Colleagues in the barracks believed he was being troubled by insanity.  That perhaps was why he was just pushed aside to allow the head of state to board his car and be driven out of the barracks on the way to his office. At that point the soldier was seen by the observers, as an irritant, they never knew that the name mentioned by the queer soldier would be a major character in the death that claimed the life of Muhammed that day. A few minutes later, about half an hour to be precise, it happened, the least expected incident that had a telling devastating effect on the political development of the country happened. The head of state, Murtala Muhammed, had been slain by the bullets from coupists’ riffles. Thus what the queer soldiers did about half an hour ago took on a new significance and meaning that attracted a prodding investigation.

The soldiers who took the life of Murtala were out on the road to carry out what they had earlier planned. Yes. They planned to kill Murtala and end his government as they were no longer comfortable with his style of governance. On the ‘D’ day, the slayers were led by Lieutenant-Colonel Buka Suka Dimka, he belonged to the Army  Physical Training Corps. He was said to be the person who fired the shot that killed Murtala. Others included Major Rabo, Captain Rawang, Lieutenant Seri and a few members of other ranks. They had not waited for long before they sighted the official car of the head of state fast approaching the spot where they were waiting with their message of death. They ran to the road with a resolve to block the approaching car. A few metres from them, they opened fire on the car. They did not stop raining lead of death on the car till they observed that life had been snuffed out of General Muhammed and his bat’s man, Lieutenant Akintunde Akinsehinwa. The serenity that had earlier enveloped the vicinity chattered. There was a stampede in the immediate environment, as people took to their heels,  scampering in every direction they believed they could take cover, away from flying bullets in the air. The order of the moment was the fear of bullets was the best valour and, of course, wisdom.

In a jiffy, the bad news had spread to Dodan Barracks. Dimka and his cohorts after executing their diabolical act drove straight to the Radio Nigeria Station at Ikoyi, where Dimka who had assumed the spokesmanship position of the group, announced the coup on air to the choked nation. To the members of the public, Murtala was seen as a man who came into public administration to reverse the aimless and directionless drive of the Gowon government that continued shifting the handover date to civilian rule at every given opportunity. That was why people were surprised that a patriot had been stopped from retrieving the country from the dell of ruin.  Dimka said o air that the incompetence of Muhammed had been found out. He threatened that any attempt to foil the plan, that was the coup,  from any quarters would be met with death. Despite his threat of blood-letting resistance, the coup lasted only a few hours. Loyal quickly mobilized to prevent the death of Murtala’s regime that was panting for breath. The loyal troops were out on a resistance mission against Dimka and his men. Despite that Dimka and his boys succeeded in killing Murtala, the head of state, the coup could not be sustained. It collapsed within a few hours as loyal troops stormed the premises of the Radio Nigeria where Dimka was threatening the whole nation with death.  To Dimka’s chagrin, he could not withstand the determined efforts of  Lt Badamosi  Babangida and others who came for him at the premises of Radio Nigeria at Ikoyi. Dimka’s escape from the radio station, till date, is still wrapped in mystery and controversy. There was a group of observers that said Babangida deliberately allowed Dimka to escape from the station. Others, however, asserted that Dimka only outsmarted Babangida and the loyal soldiers who came for him. Dimka didn’t only fled the Ikoyi premises of Radio Nigeria, but quickly trusted his feet as he fled Lagos to the Eastern part of the country where he was eventually arrested, brought back to Lagos,  charged to face trial at the military tribunal. His arrest was facilitated by a girl people called his girlfriend or a comfort lady of easy virtue

It is interesting to note that the coupists named above were among soldiers who earlier in 1975 drove General Yakubu Gowon out of power. They were also in the group that sacked the first military government led by Major-General Aguyi Ironsi who was killed in the military melee in Ibadan in July 1966 that was described as a counter-coup by the soldiers of northern extraction. Major-General Ironsi was killed because soldiers who were indigenes of northern Nigeria believed that January 15, 1966, coup was lopsided and targeted at promoting and protecting Igbo interests and agendas to the detriment of northerners.  It is on record that Murtala Muhammed, then Lieutenant Muhammadu Buhari,  Lieutenant Ibrahim Babangida, 2nd Lieutenant Sani Abacha, Lieutenant Ibrahim Bako were among the counter-coup group that was led by the then Major Theophilus Danjuma.

The coup that claimed the life of General Muhammed could, therefore,  be classed as one by northerners against northerners. It was a coup aimed to eliminate General Muhammed, a coupe, from Kano in the far north, called the holy North. On the other hand, Major-General Bisala, Dimka and others who carried out the dastardly act of February 13, 1976, were all from the Middle Belt area or what some people described as the north-central zone of the country. The coup could, therefore, by regarded as a major break in the ranks of solidarity among the soldiers from northern Nigeria. It should be pointed out, at this point, that the betrayal of Major-General Bisala was never known until Dimka and other traitors faced the panel that tried them. The tribunal was presided over by Bisala. Dimka and co-traitors

were shocked to see Bisalla presiding at the tribunal. Dimka could, however, not stomach seeing a chief promoter of treason presiding at the trial of his co-traitors. That was why Dimka blew the lid and exposed Bisala for what he was. At a point during the trial, Dimka loudly observed that Bisala was not fit to preside at the tribunal because he was equally neck-deep in the treason and as guilty as any of those facing trial. Immediately Bisala’s lid was blown, he was arrested and also made to face trial. All of them were found guilty and condemned to death by firing squad.