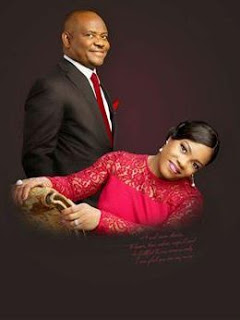 Nyesom Wike and his wife are celebrating their 17th wedding anniversary today. His wife, Justice Suzzette, this morning shared their love story which started at the Rivers State University of Science and Technology. Read below…

It’s funny how life sometimes takes us where we never plan or expect to go. For three years, we sat in the same lecture rooms and halls but never passed a word between each other.

It was only after I chanced upon his law note books in the possession of a mutual classmate that everything changed.

At that time, the law books in our library were expired and in most cases not available and we had to find other means to report our Nigerian case law. Most of us resorted to copying from others who had lawyer friends they visited in chambers and while there, used their law reports/books.

Thankfully, the situation is different today as not only has our Governor completed the long, abandoned building of the Facaulty of Law, Rivers State University of Science and Technology, but he has also furnished it and equipped the law library with modern books, law reports and even e-resources. The current students there are lucky to benefit from this upgrade as theirs is now a standard Facaulty of Law.

It surprised me then, to realize that he was indeed a serious minded student and not as I had earlier perceived. His notes were up to date as he took time to report more cases than were cited by our lecturers, which neccesarily meant better grades if you can put them all down in your answer sheets during tests and examinations.

I immediately coveted that notebook and pleaded with my classmate to loan me the book after she had finished, promising to return it in two days. She refused. Another request with the promise to return it in one day as I was prepared to sit up all night copying those cases, was declined . My last plea to photocopy the notebook and return it immediately fell on deaf ears. She told me to seek the permission of the owner, with the belief that I wouldnt dare.

And of course, she was right to think that as she knew that we had never once spoken to each other. At that point, I inquired from her, his name. She replied simply: “Wike”. I wondered how odd that name sounded as I’d never heard it before. I also wondered how to approach him as I believed that he disliked me as much as I did him.

But the desire to have that fully loaded note book was too strong. I could not give up without at least, making an attempt. As he passed by us, I called his name as I had just learnt: “excuse me, Wike”. He froze and I noticed his shock and disbelief. I started putting my words together, expecting him to scowl at me, thinking in his head – “Oh! So you have decided to talk to me now that you need my notebook eh? 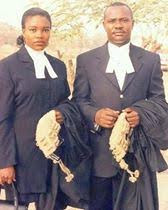 He didn’t let me complete my request. He caught the drifrt so fast and he spoke to our mutual classmate, telling her to give me his note book after she had finished with it and he walked off. It was now my turn to be in shock! After I recovered, I started putting the heat on our classmate to give me the book asap.

One borrowed book led to another and yet another borrwed book and soon after, we became friends. I got to see the hardworking, focused, studios and serious minded person he was and still is. Before Iong, there was a marriage proposal. I declined as I didn’t see myself as the marrying kind but he wouldn’t give up.

He said to me that the moment he first set his eyes on me when he joined us in our second year out of the more than five years I was in that institution, he knew already that I was going to be his wife. ? That got me even more confused. Having noted all the qualities I had noticed in him, I knew that he was a man with very great prospects or potentials for success, as I’d told him then.

I therefore decided to accept his proposal and took a chance, believing that he would make me a happy woman. Today, the 19th of December, marks the 17th year we have been together as a married couple. He is a man that has exhibited excellent taste …. no wonder he chose and continues to choose m.

You promised to give me the world at that time but you have given me much more than I could have ever asked for. Our three adorable children are a testimony to that fact and I can’t tell you enough, how fulfilled I feel.

Please permit me to use this medium to share some of the life lessons I have learnt in these past 17 years of marriage, especially in reaching out to encourage our youths who have skewed perceptions about marriage.

There is no perfect marriage or perfect couples. Rather, when two imperfect friends honour and celebrate each other, they are empowered to build up a great blossoming marriage with flourishing children.

Marriage, it has been said, is likened to an empty box that couples should labour to fill up with all the good things they want in their marriage – friendship, understanding, respect, love, etc. Love does not come packaged with any marriage. Love is in people and people put love in marriage. People infuse romance in marriage. Same thing with all the other values.

A couple must practice the art and form the habit of giving, loving, serving, forgiving, rewarding, praising, and just keeping the marriage box full always. If you take more and put less, the box empties out.

Let us challenge ourselves to work harder at achieving happier marriages. It will lead to more harmonious homes and communities and eventually a more prosperous and peaceful Rivers State. That is how powerful and endowed married couples are.

I recall, after we became engaged, attending a conference at Christ Church in December, 1996 where Selwyn Hughes, the initiator of the daily devotional called “every day with Jesus” featured and spoke to the young ones (at that time?) about marriage. I bought his book then titled: Marriage as God intended

Rev. Mossy Madugba authographed the book on his behalf and on my request as it wasn’t possible for me to meet the author after the occasion. He wrote these words on the first page – “Blossom where you are planted”. Indeed, I can say without any fear of any contradiction, that by the grace of God, I have blossomed and will keep blossoming where the Lord, God has planted me.

Today, on this occasion of our 17th marriage anniversary, I celebrate my hardworking classmate, friend, lover and husband… Nyesom Ezenwo Nyesom Wike CON. We have been through thick, thin and thinner but just like old wine, it keeps getting better with time.

Happy 17th Marriage Anniversary to you, my love. May we forever stay young in each others eyes