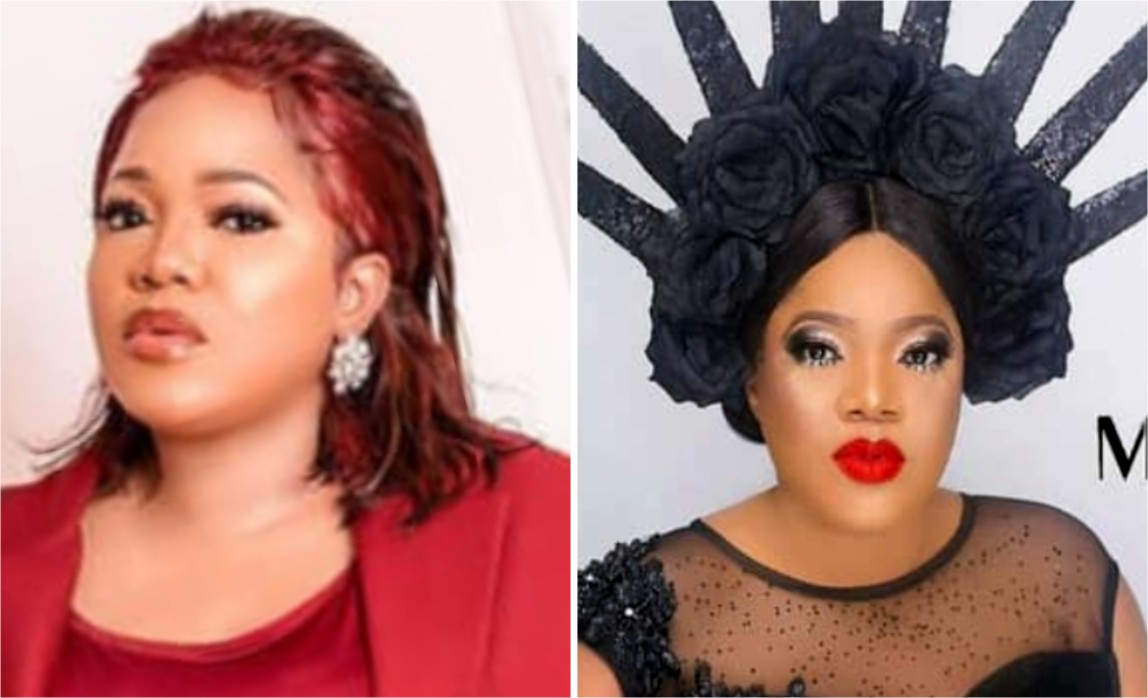 Star actress, Toyin Abraham a.k.a. “World Best” has so much going for her in a couple of years. The highly talented actress has achieved so many things that most of her contemporaries cannot even dream of in the next 5 years in their movie career.

Just a few weeks ago, she was rated the highest Gross Earning Actress of 2021 in a report that was released by the Nigeria Box Office Year Book. According to the Nigeria box office, the movie star with three movies she featured in raked in 357 million.

The actress had an eventful year that saw her doing what she loves the most and smiling to the bank while at it.

Apart from featuring in high budget movie production, the actress also released her much-anticipated ghost and the tout too, and upon its release, the star-studded comedy received heavy criticism, but it didn’t stop people from rushing to the cinema and making it one of the biggest films of the year 2021. At the end of the day, the movie reportedly raked in over N134 million at the box office.

Besides, Toyin featured in other movies, which made a huge success and in one of such movies, Prophetess, Toyin was the lead actress in this Niyi Akinmolayan’s movie. It was another box office smash that earned the actress good cash.

Toyin Abraham also launched her YouTube Channel in 2021 and the first project was a self-directed film, the movie racked in more than 200k in just 48 hours of its release and it went on to become one of her highest-earning films on the platform.

She also featured in Aki & Pawpaw reloaded alongside notable stars. This movie was rated one of the highest gross-earning movies of 2021.

Then in November, the actress and her husband, Kolawole Ayeyemi, came together for another Youtube movie that saw them earning millions in streaming revenue.

Despite all her efforts, it came as a rude shock, that this multi-talented actress, who is currently rated the highest-paid actress in Nollywood was completely ignored at the AMVCA, and so also was her movie “The Ghost And The Tout Too”, which is one of the best movies of 2021. Some fans and movie stars were surprised after Toyin Abraham who clinched as the best actress in the last AMVCA award, failed to appear on the 2022 list, despite all her hardwork and successful movies.

Her movies remain among the most talked-about movies of 2021, many people continued to frown over the development event though she has ignored the development and congratulated her close friends who were nominated like Mercy Johnson.

This year’s AMVCA has 33 categories in all, viewers will decide on a total of 12 categories while the award’s panel headed by seasoned film-maker, Victor Okhai, will select the offer 21 categories with Okechukwu Ogunjiofor’s Amina in the lead with 13 nominations.

Funke Akindele’s ‘Omo Ghetto’ the saga with 9 nominations and Ramsey Nouah’s “Rattlesnake” with 10 nominations. The award is slated for 14th May 2022.

Revealed! 30 Actresses Who Live In Their Own Mansions