Home News What I Will Miss Most About My Late Dad 14 Years After – Real Estate Player, YEMI LAWAL
News

What I Will Miss Most About My Late Dad 14 Years After – Real Estate Player, YEMI LAWAL 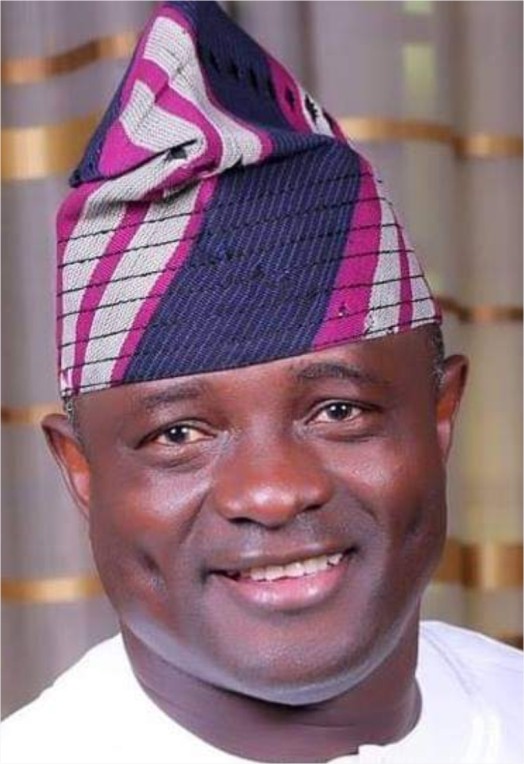 Fourteen years after his death, the children of Alhaji Lawal Olawale Akanji Odutolu held 14th Remembrance Anniversary for him on Sunday 2nd May, 2021 at his residence on 18, Akanji Odutolu Street in Oshodi.

They were all in attendance, except for those who live abroad.

One of his children is Otunba Saheed Adeyemi Lawal (FCA), the popular Real Estate player who is the Chairman of Seagle Properties, with extensive estates in the Oniru area of Lagos.

In his life time, Alhaji Lawal Olawale Akanji Odutolu was a big time Muslim, who made sure his children embraced the faith.

One of his son’s Otunba Yemi Lawal is the Imole Adinni of Lagos. At the remembrance, Otunba revealed what he will miss most about his late dad. “I am still in shock 14 years after”, he revealed.

“It was so painful that he refused to say Goodbye. Before he was taken to the hospital on that fateful day, the Chief Imam prayed for him. So on our way to the hospital, he began to say it is finished. I began to wonder why he said so, but I assured him he would be well soon. Well, I was happy to witness how it happened. Initially I was not around, but I was called that he had started coughing profusely. I had to return from London where I went to observe Easter break. On getting to the hospital, I left after a while and told Hakeem to stay with him.  Meanwhile I put my phone on Silence over the night and slept off. I didn’t know anything until when I woke up and I saw 58 missed calls. Then, I know something has happened. I used to imagine why people cry at the death of their beloved ones. It was then I felt what it takes to lose someone so dear to me. Whenever I remember my father or talk about him, I usually shed tears. Even this morning I had shed tears while trying to write something about him. If Alhaji were to be alive today, I would have compulsorily made him the Chairman of my company”.

“If I get to a compound that is not properly kept, I usually warn them or report them to the house owner and government officials. This is because I know that when one person is in crisis, it may affect everyone. This is part of the virtues I learnt from my father which has been part of me till date”.

“I could remember before we took my father to the hospital, his requested I put money in his pocket and I gave him a sum of N2,500. Though after his death, I retrieved the money and decided to archive it for future reference”.

Many people don’t know that Otunba Yemi Saheed Lawal started his career as a banker and he had 18 years commercial banking experience in Audit, Treasury, Branch Management, Regional Management and corporate banking majoring in corporate and Project Finance.

Only few know that he left  banking in 2005 as a Regional Manager to join Eagleways Investment Group.

This stylish businessman holds a BSc degree in Economics from Delta State University and MBA (Management) and MSc (Finance, both from University of Lagos. He is a Fellow of Institute of Chartered Accountant of Nigeria (INCAN), as well as Chartered Institute of Taxation of Nigeria. Not only does he play in Real Estate, he is  big in Oil and Gas. He is the Chairman of Seagle Oil Limited and SPDC Facility Management Limited. In the midst of all these, he constantly jets out abroad to attend short courses in Oil and Gas, Banking, Finance, and General Management. He has attended the Credit Risk Management 11 at the Citibank School of Banking, New York, USA; Leadership, Innovation and Entrepreneurial Skills, at the London Management Centre. He has also done Real Estate and Capital Market Programme at the Kennedy School of Architecture, Harvard University, USA.

He has been in real estate for the past 10 years. Not too long ago, we asked him about how he feels about his accomplishments. When he looks back to the many projects he has completed within these years, how does he feel?

“I feel happy. I am so happy. Today in Nigeria, I can beat my chest and say I am an employer of labour. I have more than 200 people in our employ. We are creating value. We have created jobs for some people.

We are building homes for people. It’s a team’s work. I can’t do it all alone. I thank my suppliers, my clients, my contractors, everybody is happy. Both my workers and the houses from us are happy. So, when I look back I am happy that I can also say I am contributing to the development of the economy in Nigeria and the GDP of the country.

We create value and we would continue to improve to be able to provide houses for the people in Lagos State. We thank God that we are part of those people adding to the development of homes and housing in Lagos. When I look back, I am happy that I have done something.

How many projects has he done in the last 10 years?

“In the last 10 years we have done more than 80 projects. Basically in Oniru, at Ikoyi, we have even executed projects in the Mainland. We are more present on the Island. The vision now is to go to Ikoyi and Victoria Island.”

One thing is that he keeps going on as if he is running a long distance race. You are not slowing down at all. What has kept him going?

“If you look at it, I did Stocks. I wanted to play there. I realised that it was too risky for me. I don’t like going into a business, I don’t know anything about. It is not done the way it is done abroad.

The movement in the Capital Market as far as I am concerned, in Nigeria, does not rely on any fundamentals. The economy is not even stable. You can’t even plan. There are certain things that will happen in normal setting elsewhere that will make the price of shares to crash. But in Nigeria it does not work like that. So, when I lost the money. When I lost my investment in the stock exchange, I had to sit down and look at it all over again.

Is it a place I can put my money or resources into? But real estate is real. That is why it is called Real Estate. You can see it. It is real. The value creation is real.

So, basically, I am an Accountant and an Economist. So we do more or less cash flow management and we are not too greedy. Funding of real estate business by financial institution in Nigeria is not really there. Nigerian banks short-term investments that will make them to easily recoup their profit. They are not really funding long term projects. So that has really affected the growth of the business loss of fund is also there.

By the grace of God, we have been able to manage that because of the strategy of cash flow management that we opted for as I said, we are not too greedy. We don’t go beyond our capacity that we may not be able to cope with because if you are doing projects more than you can cope with, it would affect deliverables. It will also affect the quality of projects we are doing. We are planning to partner with some companies outside Nigeria that can put some finishing touches to our work. The level of finishing we want is high and we are not there yet and we plan to be there.

Our area of concentration is the middle class level. Later we plan to play in the lower level because there are much fund there. We have plans for the lower cadre. We are already talking to the Lagos State government to give us land at Epe axis to build large-scale small-scale or low-cost houses for the masses.

The Grace of God and a passion for what we are doing have helped us.

How was growing up years? And where was he born?

“I was born December 18th, 1966. I was born at Mushin, but I grew up at Oshodi. During our own time, the economy was far, far, better than this. I can eat in any home. The owner of the next building can scold me. We didn’t have the kind of freedom that kids of today have.

You could go out then, nobody was afraid of anything. The kind of risks that we are exposed to now were not there then. In the whole street then you could only see one, TV station. I remember then, we were the only house on our street that had a television. So, everybody would come to our house to watch television.

We didn’t sit on the chair, we sat on the floor. There was so much respect and discipline then. And for somebody to discipline you, the person does not need to be your father. Teachers were more focused unlike now. Schools were well regulated. In our primary school then at Mushin Town Council Primary School, it was Oshodi, later it became Oshodi-Isolo Local Government Primary School. They used to give us meals in school.

They gave us what we used to call SAMCO. After meal we have fruits. I was able to move from Oshodi to Lagos Island where I live now. My father used to send me on errands. Things have really changed. It was more fun then. Oshodi was so free. Water Corporation was working, ECN was working, everything was working then. Life was fun.

How come he didn’t allow living in Oshodi to slow him down from achieving his dreams.

Hmmm! Let me say this. Your background should not slow you down, or take you back. It should be a challenge to you and in the challenge are opportunities that will push you to greater heights.

My father wasn’t a poor man. My father had two houses in Lagos then. We lived alone in a storey building. We lived in the upper part and we had tenants on the ground floor.

But then, we still wanted to live better than the way we were brought up because we had some friends then, whose parents were rich and they were brought to school in cars.”

READ ALSO: FACTORS THAT CAN LEAD TO THE POSSIBILITY OF CHILD SEXUAL ABUSE – BY BISI ADEWALE

What I Will Miss Most About My Late Dad 14 Years After – Real Estate Player, YEMI LAWAL was last modified: May 11th, 2021 by City People