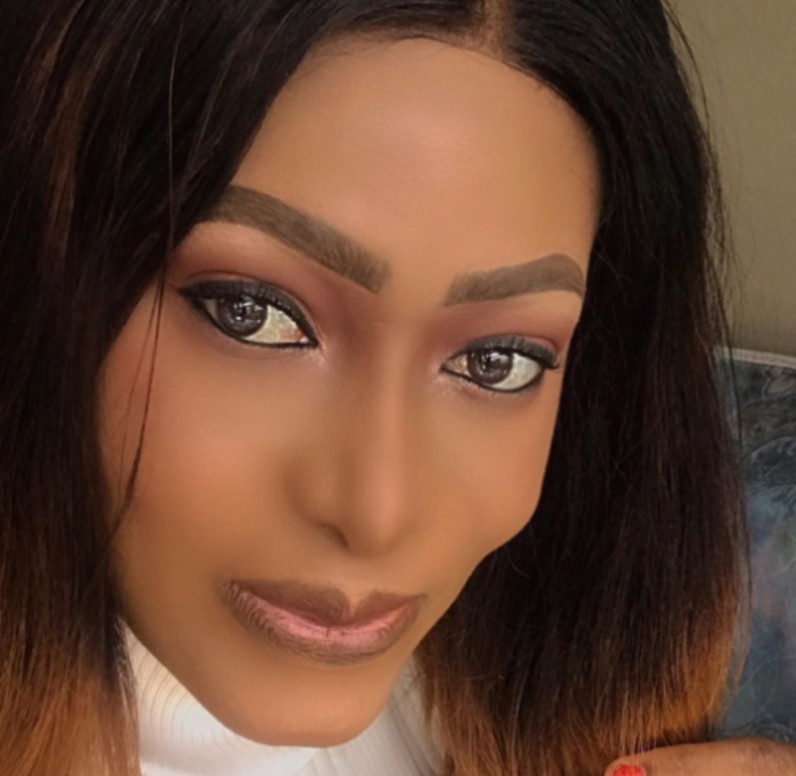 •Reveals Her BIG Battle With ENDOMETRIOSIS

Beautiful Isimokwenye Ijeoma is a U.S. based Nigerian lady who battled Endometriosis for close to 20 years with 19 surgeries. She recently appeared on our Instagram Live Chat with the Publisher, SEYE KEHINDE and she revealed a lot about her ordeal and also gave hint on what every ladies must know about endometriosis and reveal many possibilities for those that are suffering it.

You spoke about having to see about 40 doctors when you came into the U.S.?

I had to, because my body cracked down. I was having so many things going on at the same time. I was having a nerve blockade. I was very low on iron, I was suffering fatigue, I had a lot of complication going on at the same time and I was having a huge lungs collapse, I would be gasping for breath, I will have to go into the emergency and I have an oxygen ventilator just to be able relief the lung from that pressure. So, it was pretty tough and none of these doctor had an idea of what was going on at the same time. I had to move from one specialist to another until I got to Parkland Hospital, where I was told that my body is going down because I have endometriosis of the order organs which is called “Extra Pelvic Endometriosis”.

How come we don’t know much about endometriosis in Nigeria?

That was what actually complicated my case because there is no awareness of Endometriosis. If I can remember, the first time I had a huge lungs collapse in Nigeria, I went to see a gynecologist, I complained to him “sir, I am going through a lot, I could barely eat, I could barely walk, I was fighting against my body, I was having fatigue, headache etc” and he was like, he just said it casually “you have endometriosis that is why you keep undergoing series of surgeries”. Not knowing that the more surgeries I undergo the more scar tissue at the end, so it got worse. And I think part of the reasons there is no awareness in Nigeria is because we don’t really have excision surgeon.

We only have one and that is doctor Eddy who is based in the U.K., so she comes once in a while, and then the cost of surgery is alarming, you can have excision surgery for 7 million, 5 million just once. In Lagos, Nigeria we have Dr. Ajayi but then he doesn’t do incision, what he basically has done is Laparoscopy i.e. burning of the tissue. Endometriosis requires a lot of specialist from other organs because they are all affected when it gets to the advanced stage.

You started noticing at what age?

At age 10. I started noticing painful period; I wasn’t a heavy bleeder and I tried to draw the attention of my parents but because of our mentality in Nigeria they felt every woman goes through it, but I was telling them that the pain I was feeling is above the normal, but it was neglected and that was what made me get to the advance stage of endometriosis. My parent actually tried to take me to a gynecologist, but they just felt what is affecting me is not a big deal, in fact, they said by the time I have 1 or 2 children I would get over it and feel better.

What would be your advice to women as regards endometriosis?

My advice to women all over the world, mothers most especially. When your children, your daughter comes to you and tells you that they have a painful menstrual cycle please don’t joke with it, because early detection is the key.

Try and take them to a gynecologist, don’t just neglect it. A long-term neglection leads to a lot of destruction and you begin to fight against your body and that can lead to depression.

I remembered I went into depression, even when I came to the U.S. I attempted suicide because I didn’t really get what was going on with my body so, I fell into depression. I had to start seeing a psychiatrist and all that. Please when your daughter complains of excessive pain, bleeding please don’t neglect it. We have quite number of gynecologists, though many of them don’t believe endometriosis can get to this extent.

I still have a lot of arguments with my doctor but I know my body more. When you are telling them what you are going through in your body and they are not getting it please seek another opinion because if my condition were controlled early I wouldn’t have gotten extra pelvic endometriosis whereby I will have a lungs collapse e.t.c

How have you been funding all the treatment?

I have a couple of friends, family members and some of my classmates in secondary school; I attended Federal Government College, Enugu. We have to set up a go fund me account. My uncles, my aunts were everywhere for me, because at a point I was living on a ventilator and oxygen. Worst of it endometriosis doesn’t have a cure.

So one has to live with it?

It’s something basically one is always in the hospital, on emergency cases. It’s a tough life.

Tell us about endometriosis and how to go about it?

Well, doctors up till date still argue a lot about it. Some says endometriosis is defined as the endometria tissue surrounding the uterine, going out of the uterine to other part of the pelvic, so they draw a line to the pelvic but recent clinical trials have shown that endometriosis is not just of the pelvic or a matter of the tissues going out of pelvic, it goes way beyond that. It goes to other area of the body, which is called “extra pelvic endometriosis” I had a talk show with one of my doctors and that was when I actually saw for the first time when someone is menstruating and was bleeding through the nose, eye, mouth and ear whenever she is menstruating. Mine is a different case, whenever I am menstruating I have a lungs collapse and I have to battle with so many other things.

Endometriosis has a lot to do with endometrial tissues in the body. Different studies shows that men equally suffer from endometriosis, I don’t know how true that is. But once a lady notice heavy flow during menstruation or painful mentrual period. Menstrual period that won’t allow you do your daily function.

Every woman have to watch their female child carefully. Painful menstruation won’t allow them to do anything even to go to school. I remembered I have to stay at home from school when I am on my menstrual cycle. So, any lady that stays out of work, school should be watchful. It is a very common diseases. Usually, it used to be 1 out of every 10 but presently, it’s like 5 out of every 10. Some get to realise when they undergo fertility destruction, that is when they will know they are actually battling with endometriosis. It affects fertility. I have gotten pregnant once, we have many endometriosis patients that actually take-in but it’s one of the leading causes of infertility. Every severe menstrual pain is definitely not normal.

Has this affected your marriage life in any way?

What’s your message to those suffering endometriosis at the moment and what are the possibilities open to them?

My message to them is a very tough one, firstly endometriosis is financially consuming because it requires lot specialities. Women suffering from endometriosis often fall into depression and panic, so they have to be very strong to fight back.

You are not alone. You have to join the support group. We have endosurvivour in Nigeria and abroad.

What has kept you going and for how long have you suffered it now?

I have lived with it for close to 20 years of my life. What has kept me going are prayers, family, friends and support groups, which really helped me a lot. You need people that will encourage and inspire you. Joining a support group goes a long way. Clinical trials also help a lot, because it is a battle with your body. You wake with lots of issues.

What are the lessons that you have learnt from this experience?

Why Every Lady Must Read My Shocking Story – ENDOSURVIVOR, IJEOMA ISIMOKWENYE was last modified: September 30th, 2020 by City People