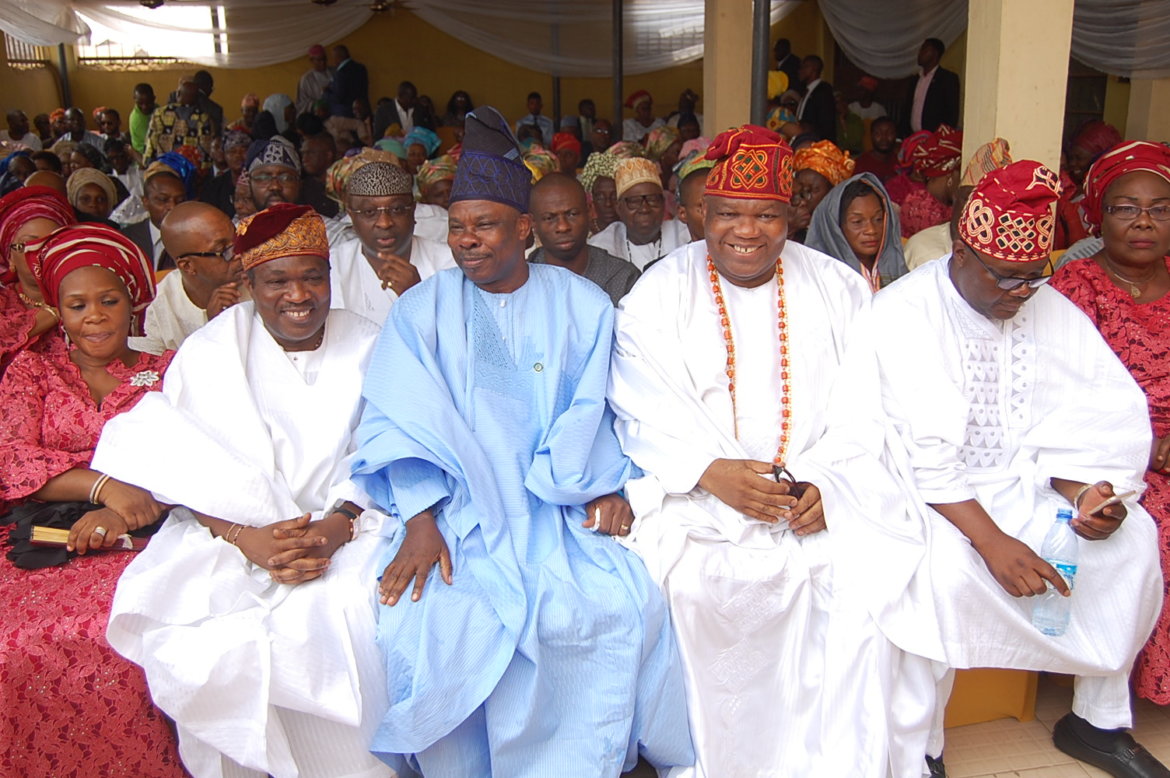 With gratitude to God for a fulfilling and fruitful life, the Ashiru family is set to do the final burial ceremony of their dearly beloved mother, grandmother and great-grandmother.

She passed away on the 8th of January 2007 and was buried immediately according to Muslim rites. [Read: The Ashiru Brothers Bury Their Mum, Alhaja Nimota Moradeun Ashiru In Ijebu Ode]

She is survived by her children: 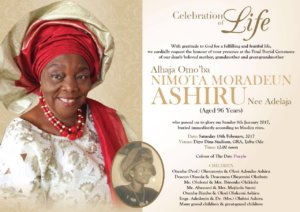 The Ashiru Family To Do The Final Burial Ceremony Of Their Mum was last modified: February 3rd, 2017 by Arinze Ago