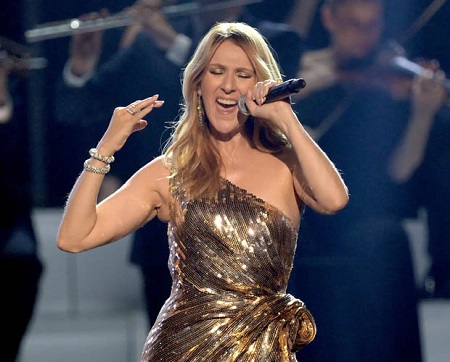 Just when many fans of the Canadian R&B vocalist had finally hit the dawn of her music career, Celine Dion made a music scene comeback with three sensational singles.

The three songs — ‘Courage’, ‘Lying Down’, and ‘Imperfections’ — are tracks off ‘Courage’, her forthcoming body of work, which would be released on November 15, 2019.

The tracks were dropped on Wednesday.

‘Imperfections’ borders on self-criticism while ‘Lying Down’, which was written by Sia; David Guetta and Giorgio Tuinfort, has its lyrics tailored towards encouraging a fresh mindset following toxic relationships.

‘Courage’, which appears to be the lead track to Celine Dion’s forthcoming body of work, is an anthem edged towards fueling persistence and strength through life’s challenges.

Ever since the award-winning singer had lost her husband-cum-manager to cancer in 2016, she had gone off the grid in the music scene.

Celine Dion’s new songs coincide with the imminent commencement of her Courage world tour in Quebec City and come after she released ‘Encore un Soir’, her last French LP, in 2016.

In January, it was also announced that ‘The Power of Love’, a film based on Dion’s life and featuring her music, will be released in 2020. The singer had also ended an eight-year residency in Las Vegas, United States.