Home News “Black Panther” is Now the most Tweeted movie Ever.
News 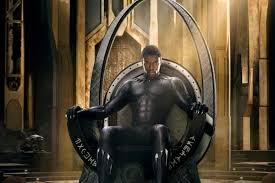 There’s no stopping Black Panther and we don’t know why anyone would want to anyway. The much-anticipated movie exceeded expectations upon release and has since gone on to break several records, with the latest one being that it’s the most tweeted about movie of all time.

If you’re anything like us at Konbini who have watched the movie up to five times individually, you will agree that everything about it was near perfect from the costumes, cast, storyline to music. They left no stones unturned, and that is why it’s no suprise that Black Panther is the most tweeted-about movie of all time.

Black Panther became the first film since Avatar to top the box office in America for five straight weekends and has also grossed more than $1.2 billion worldwide. In the next week, it’s expected to pass The Avengers as the highest grossing superhero film ever, and it’s only been out for a full month!

We’ve said many times that the internet is like a virtual playground where everything can be turned into entertainment. Black Panther was full of quotables, memorable scenes and references to pop culture that make it almost necessary to talk about.

According to Twitter, the box office hit has been tweeted about over 35 million times, pushing it ahead of the previous record holder: Star Wars: The Force Awakens. So far, the top three most tweeted-about movies of 2018 are Black Panther in first place, Star Wars: The Last Jedi in second, and Avengers: Infinity War in third.

Check out Twitter’s breakdown of how Black Panther is the most tweeted-about movie of all time:

The most Tweeted-about emojis associated with #BlackPanther are:

The most Tweeted-about #BlackPanther characters are:

“Black Panther” is Now the most Tweeted movie Ever. was last modified: March 21st, 2018 by Igbokwe John

“Focus and cut out the Noise” – Watch Uche Pedro’s interview