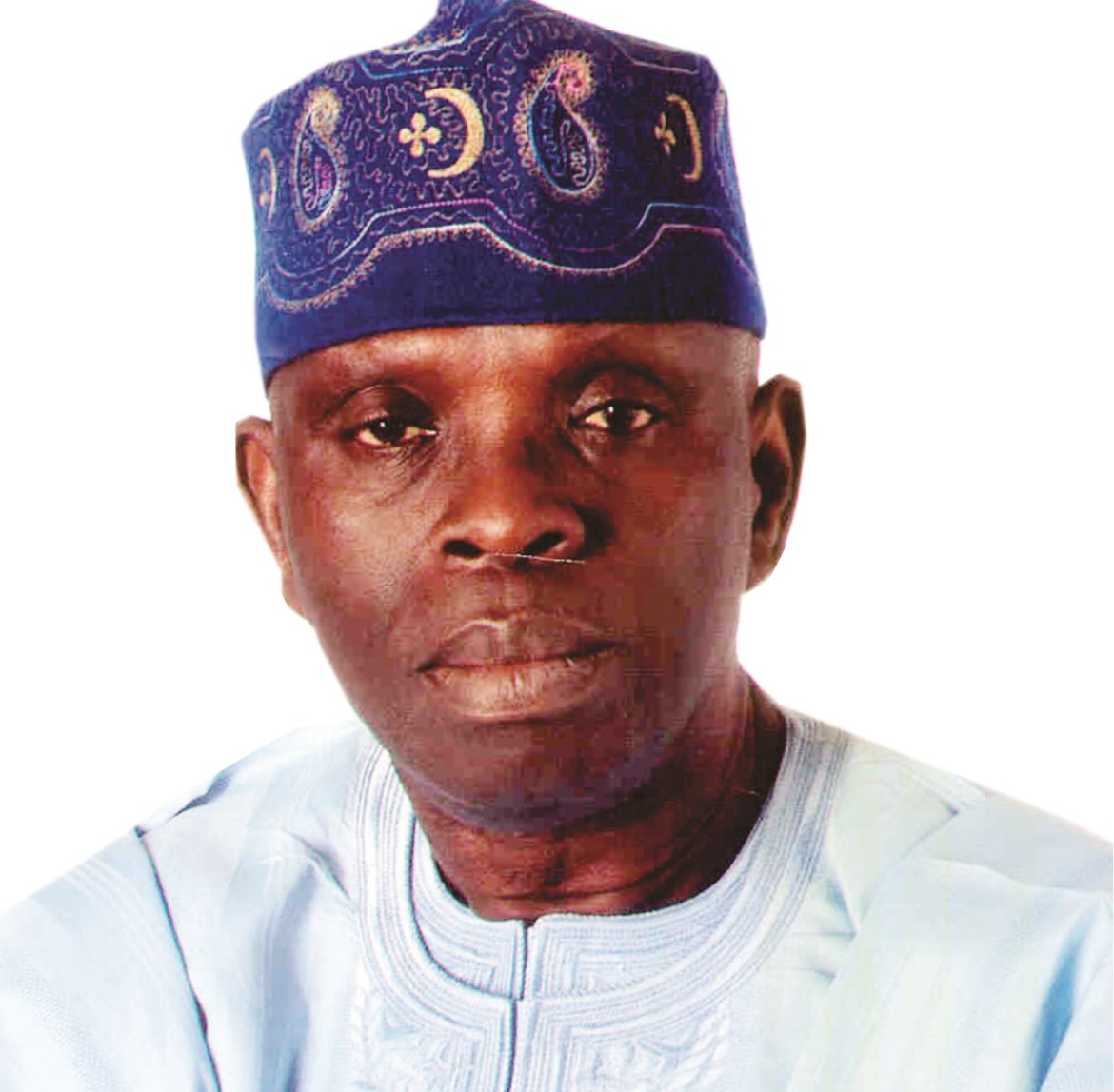 The story of renowned business mogul, Alhaji (Dr.) Sulaiman Adebola Adegunwa, can be likened to the proverbial Grass to Grace. He started his career as a Photographer and with the grace of God, he stepped up his game and became a big player in the Photography business.

He rose to become a big importer of photographic equipment before he veered into other areas of  investment. Today, he owns several companies and he plays big in real estate and banking.

When this Ijebu businessman, turned 70 last year, he was celebrated in a big way. The stylish and deeply religious man has positively touched so many lives. For decades, he has been actively involved in philanthropy. He has, however, been silent about it.

In Ijebu, his image looms large because of his kind gestures. He is from Ososa Ijebu, the land of birth of the late Theatre icon, Hubert Ogunde, of blessed memory. He has also established businesses in Ijebu just as he did in Lagos. He also built a big mosque in his home town.

He recently completed a big multibillion dollar factory that has provided jobs for several Ijebu youths. If you approach Ososa town from the Benin-Sagamu expressway you will see the very expensive factory where he produces his RITE sausage rolls, and soft drink. That is what he has always been known for. His past achievements prime him a  better prospect to  industrially lift Ijebuland . A harbinger of good things, he is, by his present dispensation going to script a glorious future for Ijebuland.

His  economic empowerment stride is spectacularly lifting Ijebu people out of quagmire of poverty. As he knows the benefit and value of kindness and selflessness, he keeps living those values. He is living an exemplary life, which is a source of inspiration for future industrialists. He treasures without any inhibition, love, integrity and hard-work as values

At 71, he is still vibrant, quick-witted, sharp and focussed as a prodigy in his teens.  He  is a model of tenacity of purpose and resilience, which have remained his benchmark. Strong, and  courageous, he has never for once reduced the urge to strive higher for a much larger business conglomerate. Put in sharp focus, his unquantifiable contributions can be appreciated in major areas such as business, philanthropy and national unity. Alhaji (Dr.) Sulaiman Adebola Adegunwa has perfected the art of working silently and letting his achievements speak for him, but then, success is a gold fish that has no hiding place. He has succeeded in getting his name written in gold. Thus remaining at all times an invaluable giant.

He is the Founder, Executive Chairman of many companies like Fototek Industries Ltd. (Adebola House), 40, Opebi Road, Ikeja. He set it up in 1980. The company, is a conglomerate with its sister company, Photo Palace Ltd. It operates photo  labs, boasting of 56 branches across 28 states of the federation. The company also engages in sales of photographic equipment and materials.

This is a printing company that utilizes the most sophisticated printing technology in the printing industry today. It offers printing services in the areas of labels, annual reports, light packaging and general commercial printing. He is the Founder, Executive Chairman Top Communications Ltd. (Adebola House) 40, Opebi Road, Ikeja.

The company equipped with the most sophisticated systems available to date in information technology, serves the nation in Website Design, Graphics Bureau. Digital Imaging and Design, Multimedia Presentation and events marketing.

He is the founder, Executive Chairman Fototek, S.A. Cotonou, Republic of Benin. The company was established in the Republic of Benin to meet the increasing demand  for the company’s services in that country and some other West  African countries including Cameroun, Niger, Chad and Togo.

Ess-Ay Holdings Ltd. holds the sole distributorship of Agf-Gevart of Germany as a representative in West Africa. He is the Chairman Atlantic Insurance Ltd. (Adebola House) 40, Opebi Road, Ikeja. This company offers insurance  services in Marine, Non-Life and other businesses. The contributions of Alhaji (Dr.) Sulaiman Ade Adegunwa to national development are multi-faceted. They all underscore his  abiding faith in the greatness of country and the ideal of service to humanity. Put in sharp focus, his contributions could be appreciated in four areas:

He currently presides over a vast industrial/trading/insurance empire, which through its 56 branches spread across the country is making an impact on  the economy, and lives of people.

He has God-given resources to invest heavily in men, machinery and materials plus making corresponding enormous investment in manpower development and training. His conglomerates are heavy revenue contributors to the government coffers. Thus uplifting the country’s economy. By employing more than 1.200 workers of various categories, his companies are  spreading economic welfare among workers.

Thus Alhaji (Dr.) Sulaiman Adebola Adegunwa is contributing to the poverty alleviation aspiration of the country. He pioneered modern, large-scale technology photographic service today and his firm remains the largest network of Photographic Services in West Africa, establishing a Photographic company in a neighbouring country, Republic of Benin and  boosting trade relations with other ones, mainly Franco-phone countries.

To him, the trading relationship is a fulfillment of contributing to the African economic development and galvanizing more than ever before, mutual understanding and respect among West African nations, in the spirit of ECOWAS. In other words, (Dr.) Adegunwa has moved towards taking up the challenge of fulfilling ‘the role of an economic ambassador in the West Coast of Africa  Feelers from customers of his company  show that so far, he has played this role well.

The insurance company-Atlantic Insurance Co. Limited – of which he is Chairman responds to patrons yearning for security, stability and confidence in Marine and Non-Life businesses. Bringing his years of business experience to bear on the firm. He has enormously succeeded in raising the company to its present enviable position as an emerging flagship in the insurance industry.

Alhaji (Dr.) Adegunwa believes in Education. He believes that with education, “you are not giving a man his food for the day, but a means of lasting livelihood” Thus, his invesment in the educational sector has so far been an addiction and a source of joy for him. His investment, in a property gifts, and financial assistance to education sector spreads across primary, secondary and tertiary institutions. The future educational prospect of the  tots at the Sulaiman Kindergarten Centre is secure as adequate facilities are within their reach. Offering free extramural classes to secondary school students at the Sulaiman Continuing Education College, Ososa is one commendable intervention by a man, who has put his God-given resources at the disposal of his fellow men, including the less priviledged. The Faculties of Law of both Lagos State University and Olabisi Onabanjo University are today better for it, with the financial assistance rendered by (Dr.) Adegunwa. Just  as the Audio Visual Centre donated by him to the Olabisi Onabanjo University College of Health Sciences, has proved such a wonderful asset to the University.

One can not but share in the euphoria and very deep sense of appreciation expressed by the former Governor of Lagos State, Senator Bola Ahmed Tinubu, who, at the official handing over and commissioning of the more than N150 million School of Communication Building donated to the Lagos State University by Alhaji (Dr.) Adegunwa on 27th October, 2000, to acknowledge the donor as a colossus among men and women who  had made selfless donations to the development of education in the history of the country.

How FOTOTEK Boss, Adebola Adegunwa, Started Out As A Photographer was last modified: April 9th, 2017 by City People