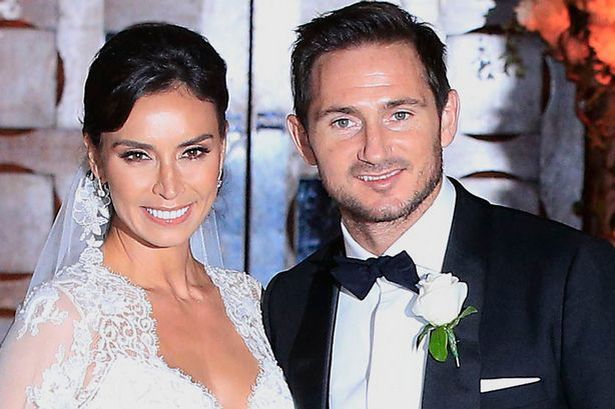 Former Chelsea and England legend, Frank Lampard, 40, has been banned by his pregnant wife Christine Lampard from naming their first child after a football legend.

According to the 39-year-old BBC and ITV presenter, she is leaving the name of her unborn baby in her step-daughters’ hands and the possibility of naming the child after a footballer has been ruled out.

Christine who is keeping the sex of her baby a surprise told Daily Star in an interview that: ‘Calling him or her after any footballers is definitely off the agenda. I’ve warned Frank. We had a few discussions and it won’t be happening.’

She revealed her step-daughters Luna, 12, and Isla, 10, have already been checking out names on baby books and have made some suggestions.

Asked if there was already a name in mind, she said: ‘Not really, well, sort of. We kind of have, the girls have, but nothing is definite at all.

‘It would be lovely to pick something that the girls have chosen, so we’ll see how it goes.’

After the delivery of the child, it will be the first for Christine and third for Lampard who shares Luna, 12, and Isla, 10 with his ex-Spanish model wife Elen Rivas.